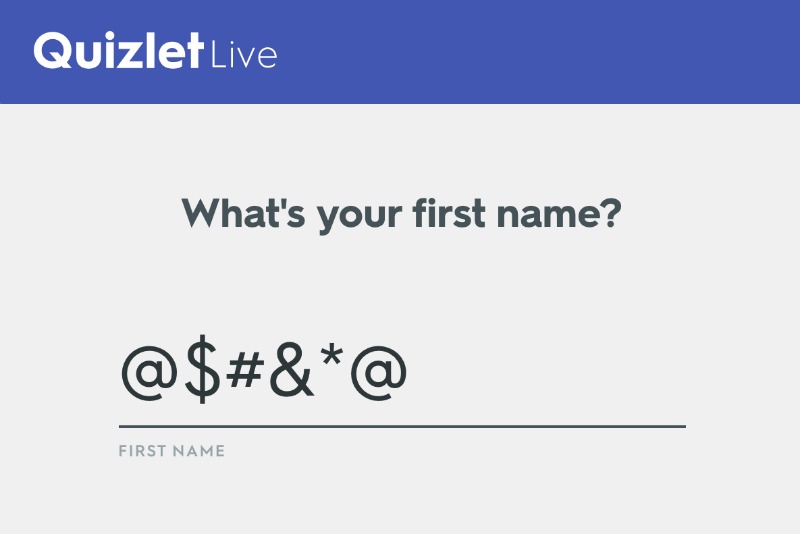 By Brian Huebner and Justin Yu

On Friday, May 5, two racist usernames were entered by a stranger in a Quizlet Live game after a student shared the class code as a part of an internet trend. The usernames, one of which was antisemitic, prompted an investigation by the administration.

Quizlet Live, an online platform for educational games, requires students to create usernames to participate as part of a class, a feature which the offenders exploited. Spanish teacher Sarah McElaney shut down the game immediately upon seeing the provocatory names and gave the class a lecture on why the names were inappropriate.

“My reaction was of pure anger,” McElaney said. “I was mad. I was hurt. The students were surprised at my reaction, but there are some students that [the names] really hurt, and it was important to show [the perpetrators] that what they did was stupid.”

McElaney reported the incident to the administration, and on Monday, May 8, Assistant Principal Galen Rosenberg spoke to the entire class to reiterate that the offensive usernames were  unacceptable, and that whoever was responsible or knew who was responsible should anonymously come forward.

A Mountain View police officer visited the class and told them that, while the incident was not a criminal action, the language should not be used.

Later that day, Los Altos staff found that the two names listed on the screen came from two IP addresses not located at the school. In fact, they came from outside of California.

“I was relieved that it wasn’t one of my students,” McElaney said. “I just knew that it couldn’t have been my class, and hearing that information took a huge load off my shoulders.”

Further investigation revealed that the incident sprung from an internet trend in which students shared class codes for online quiz-based games like Quizlet with random strangers. Those strangers would then write offensive names in the game as a joke.

After class that Friday, the student who texted the Quizlet code admitted their involvement to McElaney. In a restorative justice process, the offender came forward during class and apologized that Friday, May 12.

“I’m very proud of the administration and how they handled this,” McElaney said. “The administration was very respectful, and that’s the most important thing because once an incident like this happens in a class, it’s human nature to assume that everyone is guilty.”