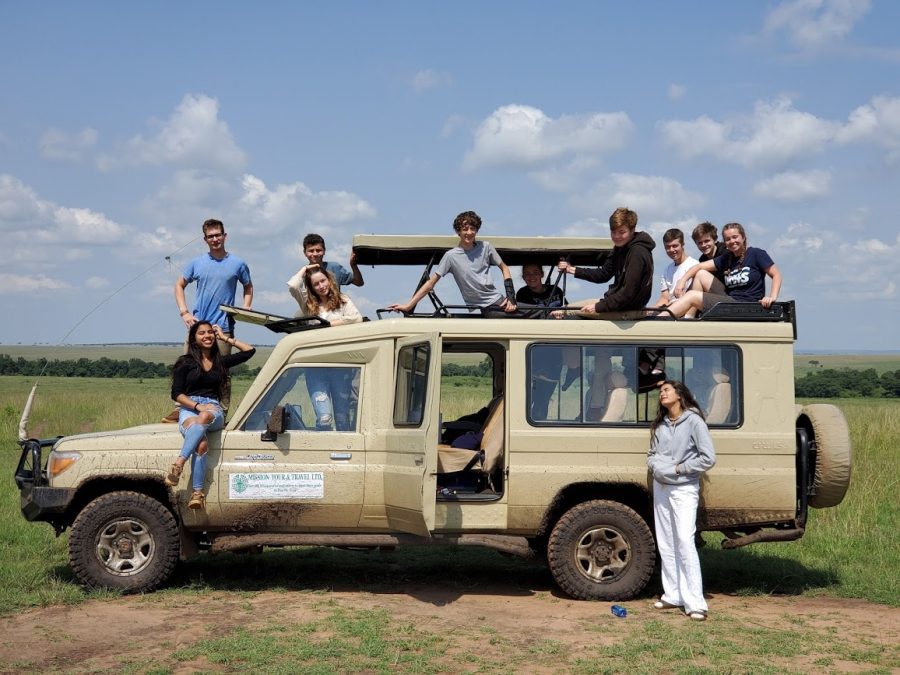 In June, 17 members of the One Dollar for Life (ODFL) club at Los Altos went to Kenya and Nepal for two service trips. They helped to build secondary schools and assist in the Girls’ Equality Project, an ODFL program that provides menstrual supplies and sexual education to those in need.

The organization, which was founded at Los Altos in 2006, is based on the idea that if everyone donated one dollar, they could make a difference in developing countries. The Girls’ Equality Project reaches 5,000 girls per year in Kenya, Nepal, South Africa and Zambia who are unable to attend school during their period. The project began in 2017, but this is the first year ODFL is making its own menstrual supply packets. This dropped the cost from $16 to $5 per packet, allowing girls to attend school during their period for a lower cost.

According to the United Nations (UN), without access to menstrual supplies, approximately 20,000,000 girls drop out of school per year. In September, a fourteen-year-old Kenyan girl was shamed for a bloodstain on her uniform by her teacher, and she committed suicide later that day.

“Educated girls make better choices in life, and improve their whole society,” Girls’ Equality Project founder Brenda Birell said. “If we don’t do anything about this, many girls become second class citizens when they hit puberty.”

The female students who went to Kenya assisted ODFL coordinators in teaching Kenyan girls about puberty, sanitary pads and self-defense.

ODFL also builds infrastructure, such as classrooms, libraries, and medical clinics. With the funds raised by high schoolers, volunteers have built over 121 schools in Nepal, Kenya, South Africa and Nicaragua.

Participants say that ODFL’s trips have affected not only the lives of Kenyans and Nepalis but also those of the students at Los Altos.

“It really taught me to just be grateful for everything I have here because I’ve seen kids who have so much less than we do,” junior Asha Jain said. “But they’re still so happy and they still live their lives every day and have a smile on their faces, [which] was such a rewarding thing to see.”