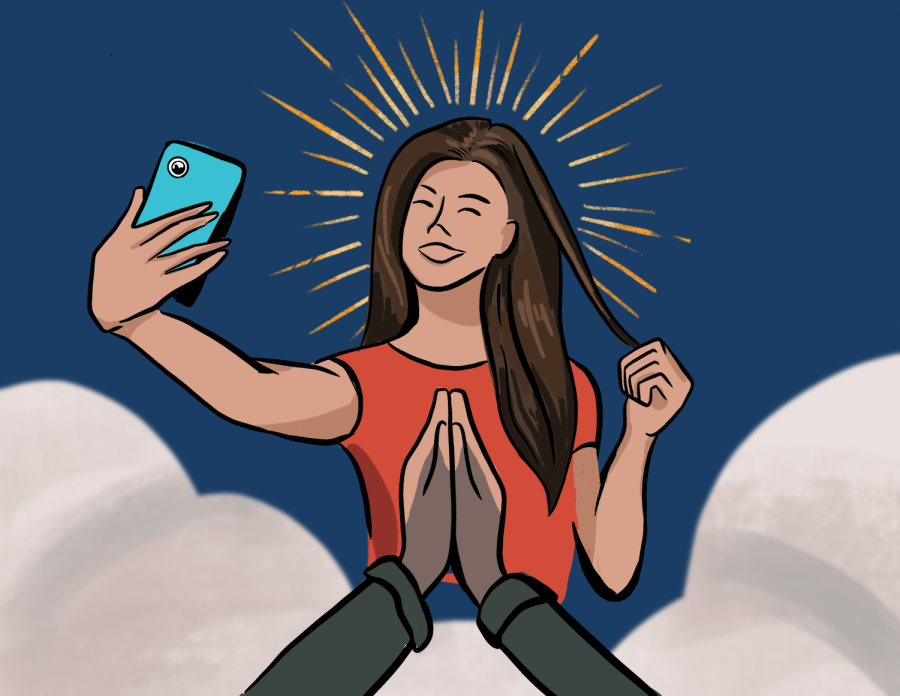 We all seem to think that influencers have life on “easy mode”, yet we continue to compare their lives to our own. If we learn to truly stop glorifying content creators, we wouldn't be so quick to judge the dissonance between their public and private lives, bringing us to peace with both their flaws and our own.

I came across a TikTok video by creator @salemilese, which racked up hundreds of thousands of likes. In the video, she laments the differences she perceives between herself and rising TikTok creator Emily Mariko, saying it feels as though they don’t live in the same world, and even captioning the video “i wanna be @emilymariko when i grow up.”

It’s common for people to idolize influencers beyond reason, based on the polished version of their lives we see. From their ever-positive energy to their jam-packed routines, we tend to seek to imitate these figures we admire. But failing to live up to these publicized, manipulated lifestyles can leave us feeling unsuccessful.

The flawless picture influencers portray through their content is not real life. From the endless parties to the mega brand sponsorships, their lives are effectively a business, making an income from retaining followers and maximizing their engagement. They curate their lives to be appealing, not realistic.

When we are attracted to these ideals, we tend to view these microcelebrities as better than ourselves, making us far more susceptible to placing them on a pedestal. Often, we reach the point where they can do no wrong in our eyes, making social media an extremely toxic environment, polarized by random people defending celebrities they’ve never even met.

For this reason, when influencers get “canceled,” or their actions deviate from their public image, some people find it jarring.

For example, David Dobrik, a YouTube vlogger, faced considerable backlash earlier this year for allegations of a culture of sexual harassment and an unhealthy work environment within his company. Fans who had followed him for years, watched vlogs of friends having fun and telling jokes, were rightfully shocked, some even in denial. The disconnect between his online persona and what allegedly happened behind the scenes was staggering, and served as a key example of the duplicity of social media.

Understanding that influencers are essentially a brand, their content cannot be an accurate depiction of their lives. Their content is their work and they are real people, not infallible creatures incapable of wrongdoing. If we stop glorifying them, we wouldn’t be as stunned when there is dissonance between their public and private lives, bringing us to peace with both their flaws and our own.