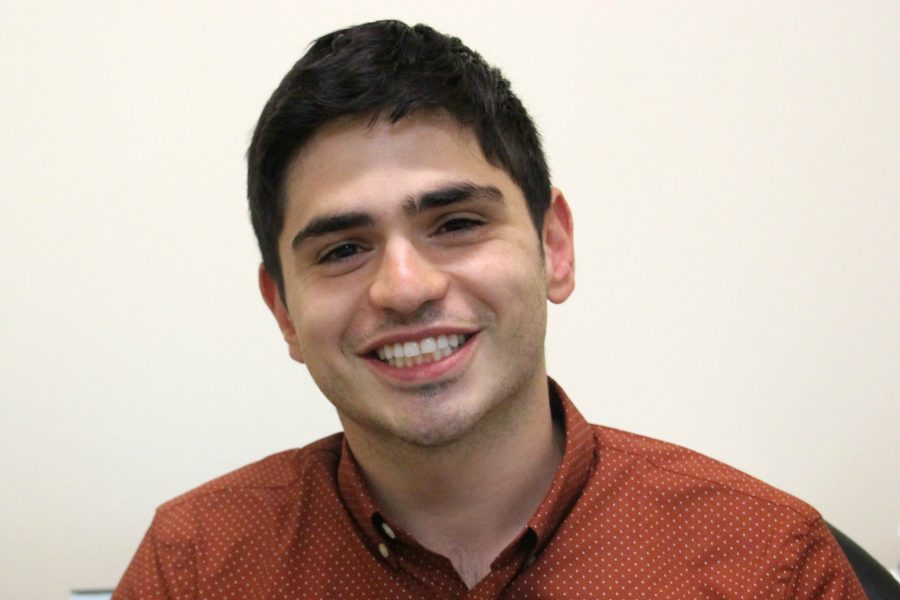 By Savita Govind and Javin Pombra

As mental health continues to pose a problem for millions of teenagers across the nation, school psychologist Nicolas Betancur hopes to help students at Los Altos during his first year by reaching out to as many people as possible.

“I think my goal this year as someone who is new to the school is to get out there as much as possible,” Betancur said. “My job is very relational so I need to be working with all of the teachers across all the departments… to be able to support the students in the best way possible.”

Motivated by a fascination with Silicon Valley and a desire for better weather, Betancur decided to move from Boston to the Bay Area.

“I think there’s the first [reason] which is California,” Betancur said. “I just needed to get away from the winter. I had a winter where it took two or three days just to shovel out of my apartment and so I said ‘This just has to end.’… I’m fascinated by tech companies even though I have nothing to do with tech so it seemed sort of natural to want to be in the Bay Area to be around all that excitement.”

After working as a school psychologist at Egan Junior High School for one year, Betancur found an opening for the same position at Los Altos, allowing him to help students in two different settings.

Along with his interest in working with students, Betancur’s willingness to help others and his desire to learn more about people’s thoughts influenced his interest in psychology from a young age.

“I did a lot of work when I was younger with… mentoring and tutoring people at our school,” Betancur said. “I was always interested in supporting [others]. I was interested in people so it seemed natural to want to understand where their behavior is coming from and why they do what they do.”

As part of his college education, Betancur interned in the psychiatric ward of a local hospital, opening his eyes to one field of psychology. This experience ultimately influenced his choice to pursue psychology in a school setting.

“[Hospital psychology is] very different [from] school psychology,” Betancur said. “A school setting to me is full of possibilities. You’re seeing young people right when they’re sort of becoming interested in different things, while if you’re in a psych hospital, you’re seeing people in not particularly pleasant situations… It’s a less hopeful place to be.”

Betancur believes that his ability to build relationships with individual students and their parents as a school psychologist makes his job more enjoyable and effective in comparison to other fields of psychology.

“I would say I have the better of the jobs,” Betancur said. “I get to see students more often. I get to work with parents more one on one. Someone outside of the school setting just meets the students and writes a report and they’re out of their lives.”

Besides feeling grateful to find himself at a school instead of a psych ward, Betancur is looking forward to the coming year and working with faculty members.

“I’m super pleased to get to work with people that can give me such insights about the students that they have,” Betancur said. “[They] are just sort of the consummate professionals, so I couldn’t ask for a better place to work.”