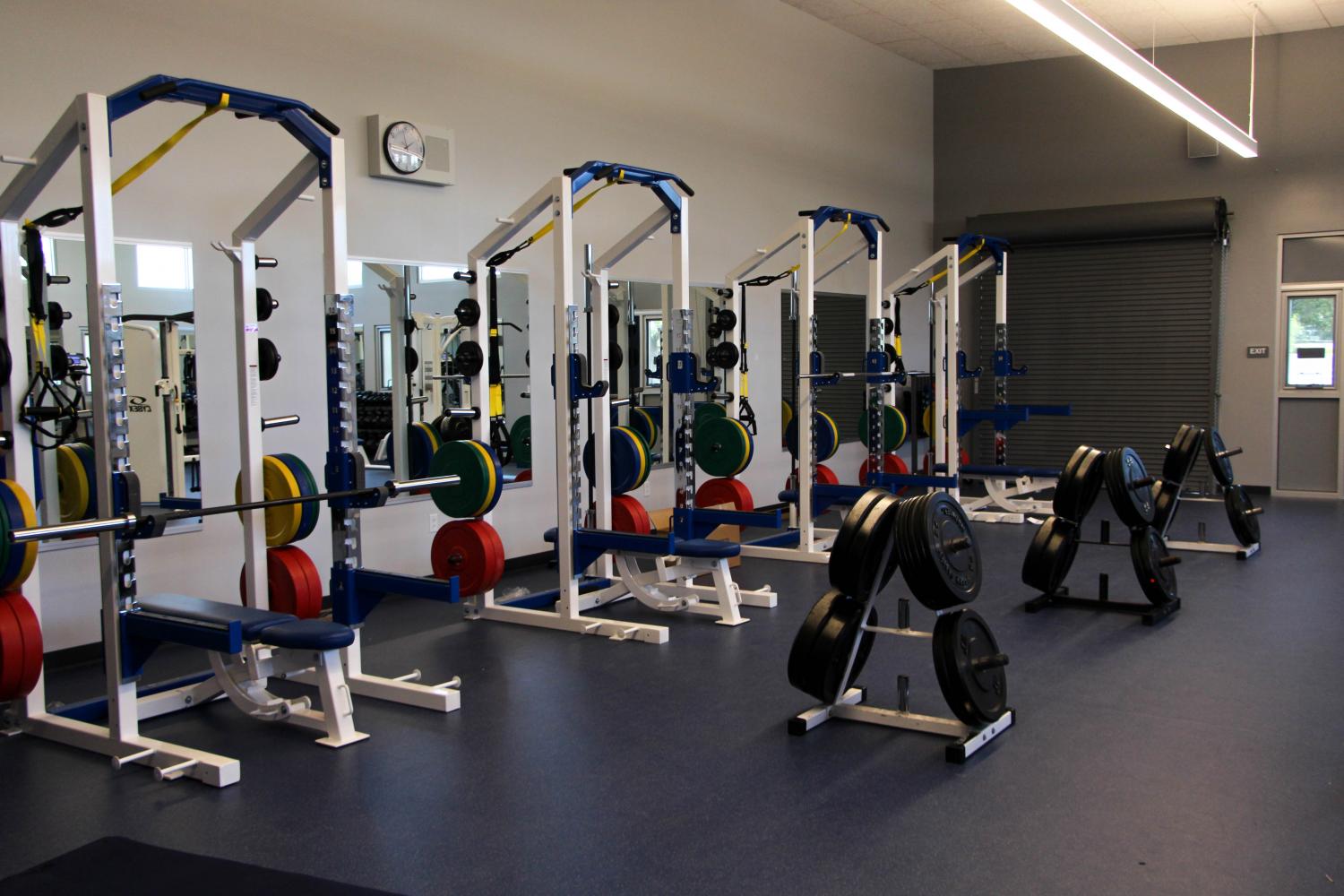 After months of setbacks, construction for the new fitness center next to the basketball courts in the back of the school will finish on Monday, May 1. The room hosts new equipment and more space for teams and P.E. classes to use weight and cardio machines.

Improved machines, as well as a new rowing machine, have replaced obsolete equipment, which the school has either donated or discarded. The back wall of the room hosts an open space for team meetings and stretching, and also contains a whiteboard for writing workout routines and a television for instructional videos. Additionally, a garage door next to the front door can be opened up to allow supervised use of the outdoor courts simultaneously with use of the athletic center.

The athletic department has desired a new weight room for years because the previous weight room’s condition made it difficult for sports teams and P.E. classes to use it.

“The previous weight room had low ceilings, everything was falling apart and the floor was all [uneven],” Athletic Director Kim Cave said. “Been there at least 15 years or more… We’re very excited about the new weight room and for everyone to be able to use it.”

The idea of building a new weight room was first proposed by Principal Wynne Satterwhite when planning for the construction of the new locker rooms, which were completed last December. Cave credits Satterwhite for turning the athletic center into a reality.

“Everybody wanted a new weight room,” Cave said. “It was just a matter of how we got it going. Ms. Satterwhite was the one who initiated that, and we just kept riding that wave.”

Although the fitness center was originally set for completion in November, delays in locker room construction as well as weather restrictions made it impossible to finish construction of the center until a couple weeks ago. After construction finished, the Athletic Boosters held fundraisers to raise money for the weight room, earning more than $20,000 for new equipment. More equipment may be added to the center in the future, but for now, the athletic center is functional.

“As we get going and people come in here, we’ll see what things are missing and what muscles we’re not working hard enough that we need to get equipment for,” Cave said.