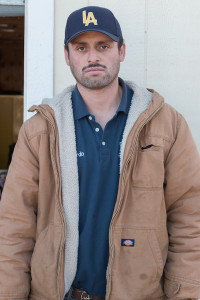 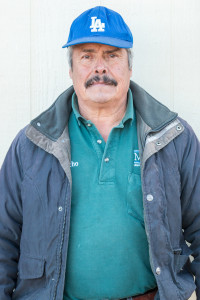 Their work at Los Altos however, is merely a continuation of their previous work capacities. Prior to working at the school, both Nacho and Gerardo held similar jobs to the ones that they work now—Nacho worked on the landscaping of houses in Santa Clara, and Gerardo maintained the facilities of a funeral home in San Jose.

The appeal of better benefits and insurance, however, eventually drew Nacho to the school. With encouragement from his uncle to apply to become the school’s other groundskeeper years later, Gerardo too left his old work in favor of the school. These benefits have allowed the groundskeepers to better enjoy their lives outside of work at the school.

“The insurance is important at the school,” Nacho said. “They didn’t give vacations at my old landscaping job and there’s insurance for my family.”

A big part of why Nacho and Gerardo sought these benefits was their family, which both have professed to be the cornerstone of their lives. The Ortegas, for the most part, live in California, with most members residing in San Jose and others in Los Angeles and Napa County. The Ortega family in the San Jose area consists of several of Gerardo’s uncles, including Nacho, his two brothers and sister. Gerardo and Nacho both also have children: Gerardo has one six -year-old girl and a four-year-old boy and Nacho has four boys.

The two groundskeepers, as uncle and nephew, are close not only off campus but on campus too. Working as a duo on campus has fostered an even more intimate bond between the two.

“We’re very close and have a very good relationship both in work and outside,” Gerardo said.