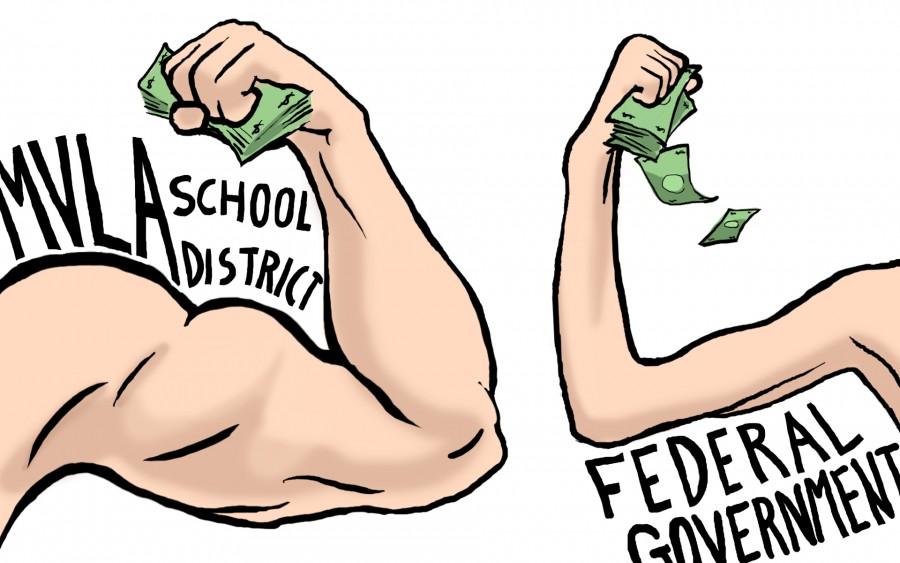 The MVLA School District may now be more fiscally reliable than the federal government, according to credit rating agency S&P. S&P and Moody’s, nationally recognized statistical rating organizations, upgraded the district’s G.O. bond ratings to AAA and Aaa, respectively, on December 17. The upgraded ratings are the highest achievable from both organizations — to put that in perspective, the U.S. federal government’s S&P rating is Aa1, one rating below the district’s.

“[MVLA School District’s] bond rating is eligible to be rated above the sovereign because we believe the district can maintain better credit characteristics than the U.S. in a stress scenario,” S&P’s general obligation (G.O.) bond rating report said.

The upgraded ratings reflect economic growth and stability within the district and decreases the costs of borrowing money for the district. Because loan terms are often functions of credit ratings, the district will be serviced with lower interest rates, making it easier to build facilities and sell bonds.

“The long-term consequences of this upgrade will be substantial savings to the local taxpayer for any future bond sales or refinancing,” Associate Superintendent of Business Services Mike Mathiesen said.

Both reports outlined the district’s tax base in their rating rationales. Tech corporations such as Google, Hewlett Packard and Microsoft are among the top taxpayers and fuel economic growth and stability for the district. Diversity of tax payments also factored in the decision, with the ten largest taxpayers comprising 12.2% of the total fiscal 2016 assessed value.

Increasingly affluent residents in the district played role as well. The median family income is 205.9% above the US average, and unemployment in Mountain View was 2.9%, below the state level of 6.3%.

“The upgrade to Aaa reflects the district’s sizeable and growing tax base… while incorporating the above-average socioeconomic profile of area residents,” the Moody’s rating update report said. “We expect the district’s economic metrics will continue to be a credit strength even throughout an economic downturn.”

Due to the tax base, the district benefits strongly from Basic Aid designation, meaning that it does not require state funds because local property taxes provide more revenue. Local property taxes generate $29.5 million more than state aid funding.

“The upgrade reflects the deeply entrenched Basic Aid designation of the district, which provides the district some revenue independence from the state,” the Moody’s report said.

MVLA’s reserves and fund balances were also cited in the S&P and Moody’s reports, which referenced the district’s net surplus of $2.4 million in 2014, the sixth consecutive year of general fund net surplus, and the $29.7 million available operating reserves in 2014. The balances and available reserves impact the district’s liquidity, or ability to pay off debts and access money when necessary.

“We view the district’s liquidity as very strong,” S&P’s report said. “The district’s audited reserve level contributes to our view of its fiscal capacity to absorb episodes of unanticipated fiscal strain and, thus, its rating level.”

“Key management practices and policies include realistic and well-grounded revenue and expenditure assumptions and board review of budget-to-actual performance during the interim reporting periods as designated by the state,” S&P’s report said.

As the one of only two districts in California with triple-A ratings from both S&P and Moody’s, the reports are an affirmation of MVLA’s financial management and economic outlook, and the district will benefit from a decrease in borrowing costs.

“This is a testament to the sound financial status of the district, both historically and looking to the future,” MVLA Superintendent Jeff Harding said.