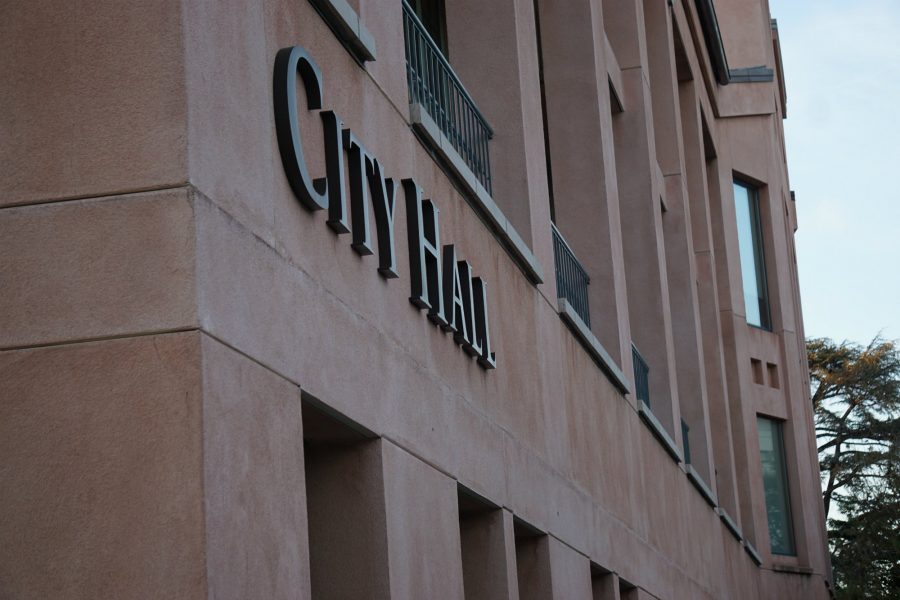 “We have wanted to be able to have this discussion for quite a while, so we’re really happy to have had it,” Showalter said at the March 1 meeting. “We look forward to the next round.”

It’s the end of a chapter in the ongoing discussions about the North Bayshore Precise Plan, which was adopted by the council in late 2014 to framework development of the North Bayshore. The original plan stipulated that the land could only be used for office space. Now, the city council is deliberating on how to incorporate housing, an issue that has grown alongside the influx of workers coming to Silicon Valley.

“What we’re doing is amending a brand new precise plan to add housing as a possible use in the North Bayshore,” Mountain View city council member Michael Kasperzak said. “We’re figuring how and where and under what conditions housing could be developed.”

The city council has endorsed a plan to develop up to 10,250 housing units in the North Bayshore, which is 1,200 more than what the Environmental Planning Commission, a city council designated research group, recommended.

“The council is more interested in creating more housing opportunities than less,” Kasperzak said. “There is on the planning commission, a slower growth contingence that [is] not as aggressive as the council is when it comes to housing development.”

So far, the Sobrato Corporation is the only group to propose housing in the North Bayshore, with plans to construct 670 market-rate and 130 affordable housing units. Kasperzak notes that this is in line with city expectations of a gradual development.

“[There] are all sorts of community-serving business things that the community develops,” Kasperzak said. “My impression is that we’ll slowly get developments coming in. Somebody will build 600 units, somebody might build 400 units. It’s not like suddenly one day there’ll be a project for 8,000 housing units. It’s not going to happen that way, it’s going to be more incremental.”

The process for developing the North Bayshore comes with a set of instructions and goals. There are the issues of vehicle trip caps, affordable housing and Environmental Impact guidelines, among others, that the council has to consider.

The current North Bayshore Precise Plan limits the number of cars entering the North Bayshore area during the a.m. peak period to 18,900 vehicles. A recent study found that 13,900 vehicles trips are made daily in that period. If the trip cap is exceeded after two consecutive reporting periods, the city council is prohibited from granting any new building permits until vehicle trips are lowered.

However, the Environmental Planning Commission, in a recent report, advised the city to make residential development exempt from the restriction, emphasizing the importance of desperately needed housing in Mountain View.

“I think the city council is in favor of that especially if the people living there are working out there,” Kasperzak said. “Although we haven’t made any decisions, the council is generally inclined to not apply the trip cap to residential.”

As part of a strategy to encourage housing development, the city council is devising an incentivized structure formula that allows companies to build more office space in exchange for constructing more housing.

“[The Environmental Impact report] makes it possible… to build more office than was originally permitted because [of] what we call the ‘housing-itself mitigating,’” Kasperzak said. “By having the housing, it mitigates the impact of more office [space].”

Mountain View city councilman Chris Clark believes the council should be careful about how to put the incentivized structure in place.

“It’s kind of tricky with housing because we want people to build as much as possible,” Clark said. “If you say, ‘You can only build so much if you do x, y and z,’ then we’re shooting ourselves in the foot, because they won’t build the extra housing.”

Affordable housing has garnered particular attention in the North Bayshore due to high housing prices in Mountain View, which have roughly doubled in the past four years to an average of $1.3 million. The city hopes that developers will allocate as much as 20 percent of units towards affordable housing, but that number may change.

“What is the right mix where we get a significant amount of affordable housing, but we’re also maximizing the number of units we can get?” Clark said. “That’s a really important question that I don’t think anyone has the answer to. But it’s one of those balances that you have to strike and we’re all trying to figure out what that balance is.”

Councilman Lenny Siegel cautions that maintaining foresight, especially in the beginning of development, is crucial for the overall project to be successful.

“This is an innovative plan with a lot of moving parts, and it has to be done right,” Siegel said in a March 1 city council meeting.

The city expects to release Public Draft Plan this summer or fall with more details on building guidelines.