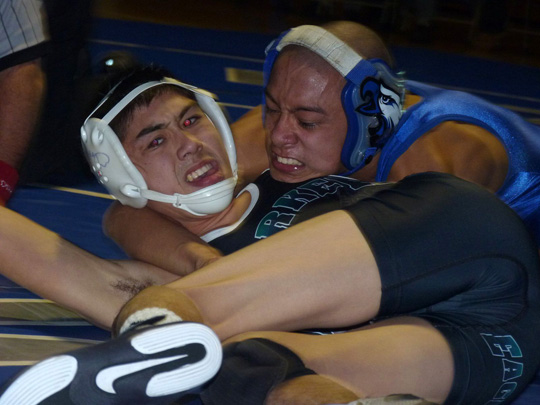 Wrestling has had a successful season, their only loss coming to Gunn High School, 45-33 on Thursday, January 6.

“We were not focused, and we just thought ‘oh we’re going to beat everyone in our league’” junior Chris Jimenez [far right] said. “And it came back and bite us in the butt.”

“We’re going to do some destruction,” Jimenez said. “I expect to annihilate and roll into league finals.”

Chris attributed the team’s success to its peak physical condition.