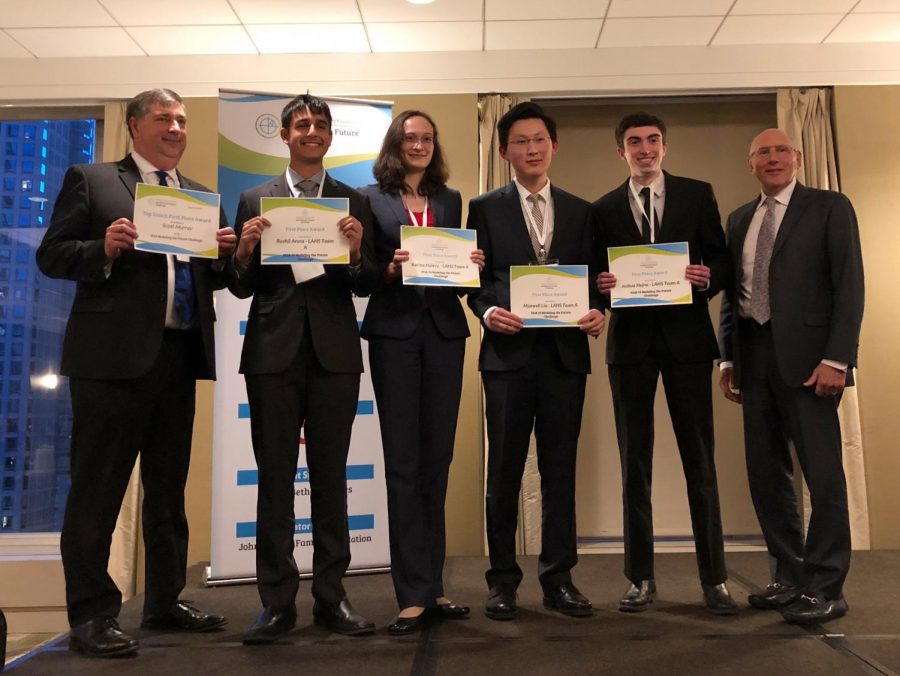 On Friday, April 12, the Math Modeling Club won first place out of 215 teams at the Modeling the Future Challenge in Chicago. Five experienced members, chosen based on strengths in different spheres of knowledge such as math and public policy, competed on behalf of the club. Collectively, these club members won a $25,000 scholarship to be split between their college tuitions.

During the Modeling the Future competition, the team made an evidence-based report modeling the economic impacts of using new technologies to cure Type II diabetes, focusing on stem cell therapy. In order to compile their report, the team gathered data such as the cost of medication for the treatment of diabetes to create mathematical equations that showed how much the proposed treatment would cost each year.

To prepare for these competitions, club members brainstorm ways to solve world issues and ground their solutions in math at club meetings. They also learn how to collect data for the model and structure a paper for the competitions.

The club, which is student run, was created with the purpose of fusing mathematical thinking with other topics such as economics and the sciences. Club president senior Karina Halevy explains that she was drawn to the club because of its connection between the various subjects.

“It’s so interdisciplinary,” Karina said. “It’s not just mathematics. The club applies topics like public policy, government and economics to make different types of social impact. It’s so cool to see how you can solve different real world problems with it.”

The Math Modeling Club meets on Thursdays at lunch in Room 720.