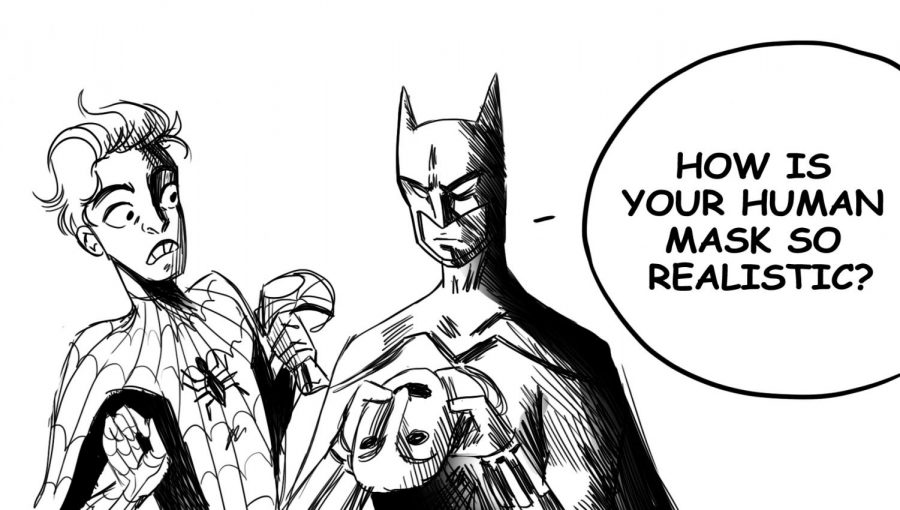 There has always been a divide and argument among fans over who is superior, DC or Marvel? Batman and Superman were my childhood. I was attracted to Bruce Wayne’s character and his backstory, but also by the villains he would face, particularly the Joker. However, as I grew older, I learned more about the different universes and their respective heroes. Suddenly, I was introduced to Spiderman and Iron Man, which lead to me joining in on debates.

As I continued to watch movies from both universes, I decided that Marvel without a doubt is superior over DC.

A main problem I have with DC films is their lack of character development. The only character that was successfully portrayed on screen from beginning to end was Christian Bale’s Batman in “The Dark Knight.” The trilogy started off with the origin story of Batman. Bruce Wayne and him seeing his parents murdered as a child and wants revenge on his parents’ killer. It shows the transformation he goes through after his parents’ death. “The Dark Knight” shows him battling his nemesis the Joker and having to make the right choices to save everyone.

Marvel has more characters with notable changes throughout. For example, Tony Stark, who is shown in the first “Iron Man” movie, started off as a completely cocky and selfish man who created weapons for profit. He begins as a “genius, billionaire, playboy philanthropist” who becomes Iron Man and has to learn how to be humble and work with others. Through each subsequent movie in the Marvel universe, Stark comes to terms with his past and shows a vulnerable side to him that was not known in the first movie.

I will admit that Marvel has its flaws as well. It’s difficult to understand one movie if you haven’t watched the others. For example, if you watched “Captain America: Civil War,” you would most likely be confused as to who Bucky Barnes is or why there was such a rift between the Avengers. Watching “Infinity War” without any of the other movies would lead to a lot of confusion and make absolutely no sense.

DC on the other hand, doesn’t have the continuity that Marvel movies have. After “Iron Man,” all those movies were connected and they led up to the battle with Thanos in “Infinity War.”

Other than “The Dark Knight” Trilogy, “V for Vendetta” and “Wonder Woman” were the only other movies that were worth watching. But what about “Aquaman”? I was not impressed. “Aquaman” was successful because Jason Momoa is an attractive man. It was overly cheesy and with the storyline they decided to follow, all I could think of was Thor and Loki 2.0. For the most part, talented actors and actresses were casted, but they can only do so much with a poorly written script and terrible directing.

Both universes allowed people like me to believe that an ordinary person can be a hero. While one is about superhuman people trying to be ordinary people and the other is about ordinary people trying to be a hero, they showed us we can be heroes in our own way too. DC is better than Marvel when it comes to the comics itself and animated series, but in films, Marvel is on top. They have amazing directors, committed actors and interesting storylines, and let’s not forget Stan Lee’s cameos over the years.