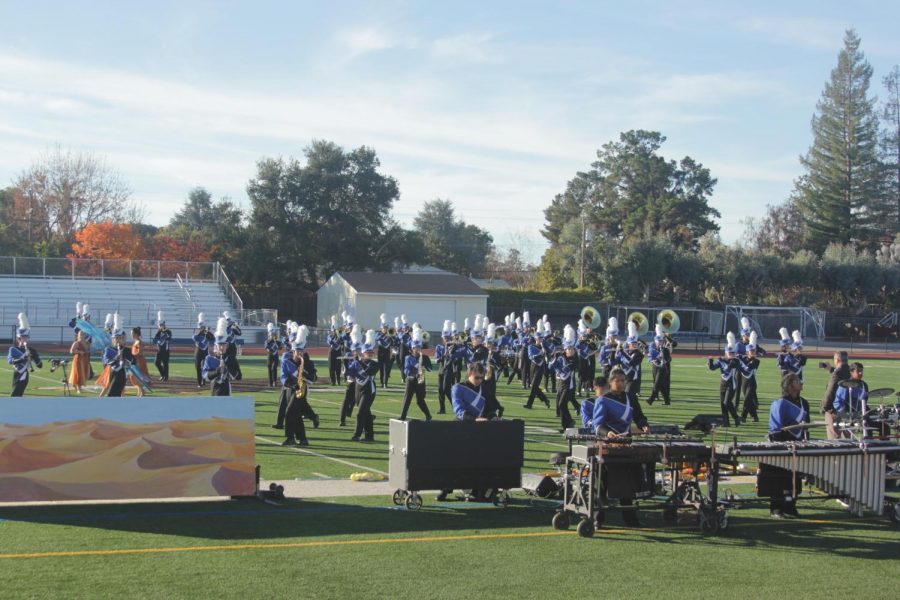 By Elli Lahdesmaki and Parisa Larson

Over 400 Los Altos alumni and families attended Los Altos marching band’s fundraiser concert for the Northern California fire victims on Sunday, November 25. After performing three movements from their “Mirage” show, they managed to gather $6,045 in donations.

Due to the unhealthy air quality caused by the wildfires, marching band experienced several delays in their season this year. Both their practices and competitions in Union City and the Western Band Association Championship Final in Bakersfield were called off. As a way to perform together for the last time and raise money to support those affected by the fire, marching band decided to hold this community-wide performance.

“The effects of the smoke had been really affecting our practices, so one can only imagine how terrible it was for the people where the fires were,” clarinet co-section leader junior Sameera Ahmed said. “I  reached out to some family friends to see if they could come to the performance and donate something.”

According to the Butte County sheriff’s office, by the time it was contained, the Camp Fire in Northern California had destroyed 13,972 residences and burned 153,336 acres of land.

“The fire made things challenging for us but it was not even a small percentage of what it did to the people that lost everything,” music director Ted Ferrucci said.

The band worked with the Elks Lodge of Chico, a fraternal organization that holds community programs, in order to give out the donations to fire victims in the Butte County. Although the admission was free, families and community members could donate money either by check or in the form of gift cards to stores like Safeway, Target, Walmart and Lowe’s.

“Instead of feeling sorry for ourselves because Championships were canceled, we looked at the bright side and were thankful that the worst we faced because of the fires was poor air quality,” drum major senior Francesca Seni said.

After the performance, the gift cards were taken to the Elks Lodge of Palo Alto and will later be shipped to Chico. The organization is working with local agencies in Butte County to ensure that the donations are distributed to those who are in the most urgent need.