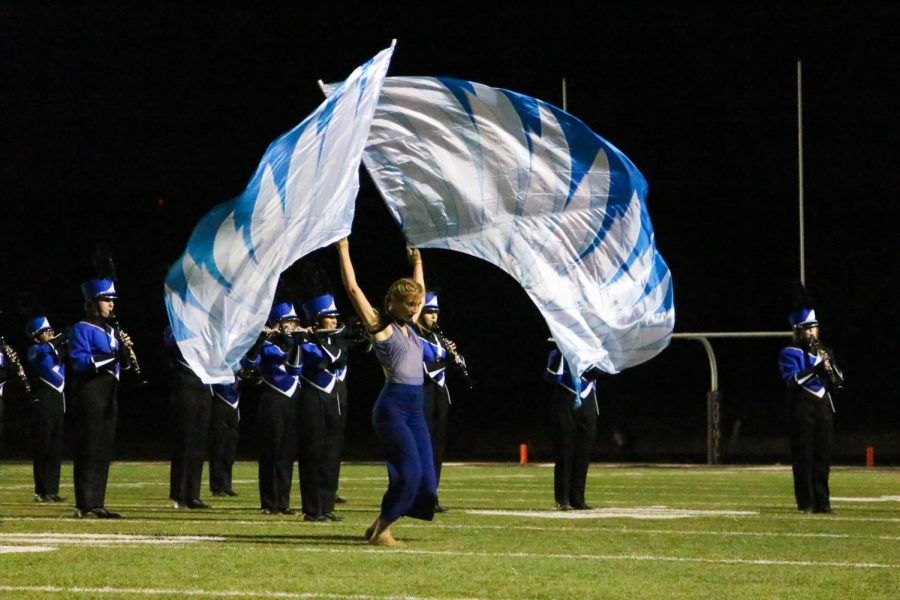 Los Altos Eagles Marching Band and Color Guard’s production titled “Les Plumes” placed fourth out of eleven schools at the Western Band Association (WBA) championships, which they have not qualified for since 2015.

“We had a great season,” Band Director Ted Ferrucci said. “Their performance was phenomenal. We had outstanding student leaders that lead section rehearsals and worked with individuals, particularly during brunch and lunch and outside of class time.”

For competitions, Marching Bands are split up into classes according to size. This year, only five freshmen joined, so the Marching Band consists of 55 members.  This size would typically qualify them to compete with the smaller 1A bands, but they compete at a higher level in the 2A class due to their advanced skills.

“The seniors make up a majority of the band,” drum major senior Peter Sage said. “All the seniors are very hard-working so they set the example for the band to follow. This has probably been one of the most focused and best marching band groups in a long time. Our level of commitment to the activity is very high.”

Los Altos alumni Timothy McAfee performed in Marching Band when he was a student, and now he sets the schedules for rehearsals and teaches music and drills.

“I have to credit the members for their grit,” McAfee said. “Without their dedication and willingness to improve, we could not be where we are now. Their show is both complex and dynamic. Despite that, they are achieving at a very high level. I’m incredibly proud of all of them.”