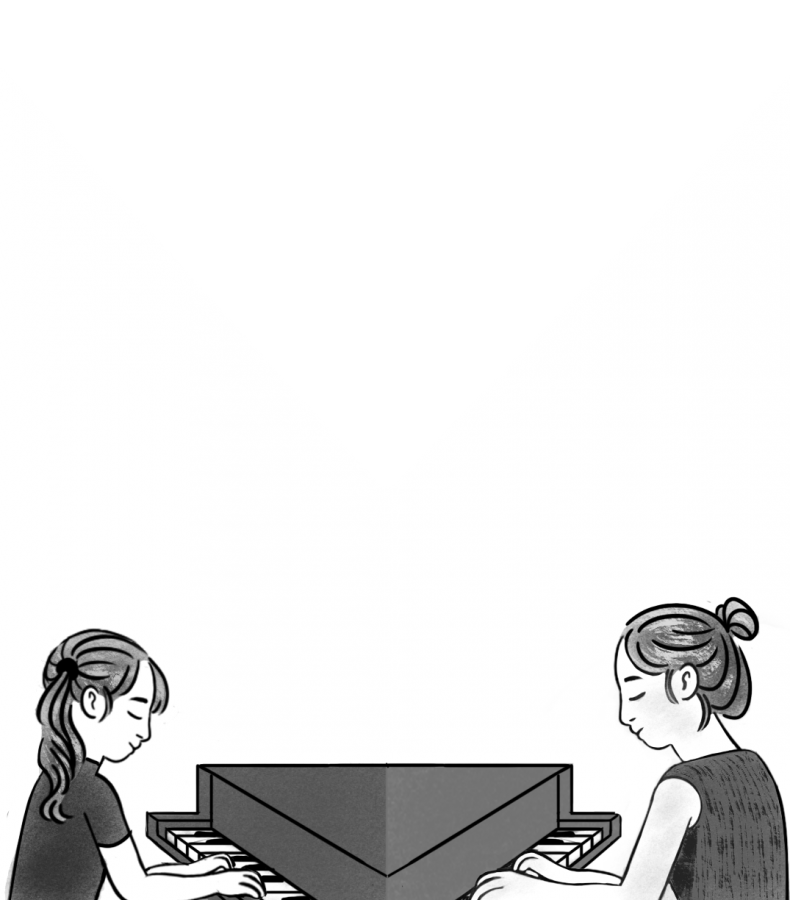 Sophomore Serena Theobald steps out onto the stage inside the prestigious Carnegie Hall. The audience is seated just a few feet away. She sits down and places her hands on the grand piano, performing “Wedding Day at Troldhaugen” by Edvard Grieg.

Serena started playing piano at the age of four, following in the footsteps of her father who played for the Boston Conservatory Orchestra as a child. According to Serena, she was originally pressured into taking piano lessons by her parents. However, she continues to play piano not for the sake of winning competitions, but out of her desire to use her talent to impact the lives of others.

Her previous piano teacher held concerts called Musical Bridges in churches and public areas, which raised thousands of dollars. The revenue was provided to Redwood Shores Elementary School to start a musical program for its students.

“I remember [an] old woman thanking me for participating in the charitable cause,” Serena said. “I realized that piano was actually meaningful since people like her expressed their gratitude and happiness for their kids to have a musical education. That [incident] ignited my love for music even more because [I learned that] it can change people’s lives.”

“We organize town events that would be beneficial to the youth,” Serena said. “[The commission’s purpose is] to inspire and encourage people to work hard and follow their passions.”

In freshman year, Serena founded the Musical Bridges club as a Youth Commission project at Los Altos, with a purpose of creating a metaphorical “musical bridge” between high school musicians and those who do not have access to live musical performances. In December 2018, the club performed at a Holiday Barn Lighting in Westwind Community Barn, and in late April, the club will perform at Bridgepoint Senior Center in Los Altos Hills.

“When [the seniors] hear music, it brings all these emotions and memories back to them,” Serena said. “That’s what made it so amazing for them. We want to share our passion with others for making music and help ignite a love for music.”

Through Musical Bridges, Serena hopes that connections will be formed between the Los Altos musicians and the community. She plans to continue the club in the future and to be involved in the musical programs at her future schools.

“By changing students’ musical abilities, by raising money for instruments in their schools, [or by] perform[ing] for local events, music provides society with hope that change is possible,” Serena said.