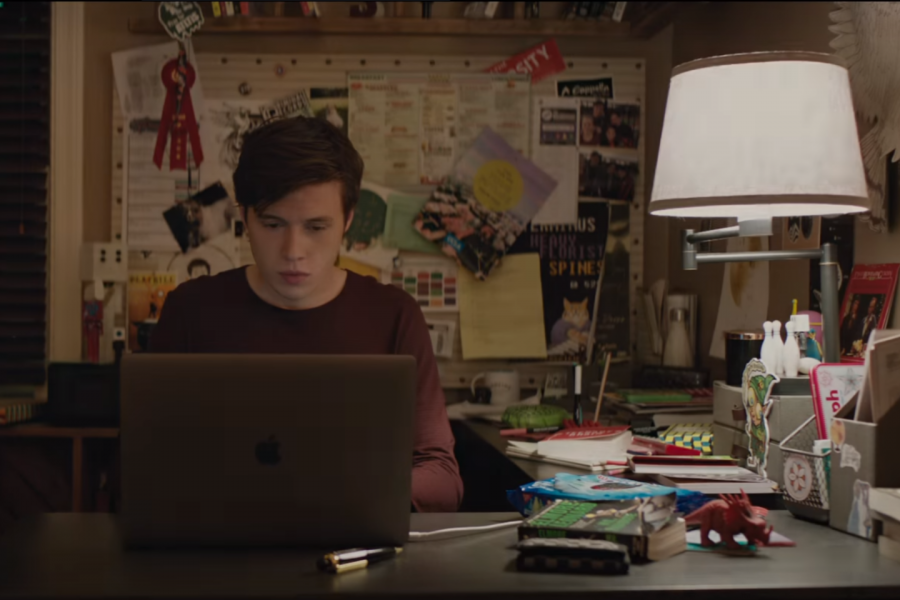 The first major studio rom-com with a gay teen protagonist, “Love, Simon” paves the way for more feel-good LGBTQ+ movies. While not without common cliches that drag down many movies oriented toward teens, the movie presents the innocent, soft side of queer love rarely shown on the big screen.

The film is directed by Greg Berlanti, who identifies as gay and has been bringing queer representation to the TV screen since he pioneered the first “passionate” same-sex kiss on primetime TV in 2002 in “Dawson’s Creek” (he’s also involved in much of the Arrowverse and “Riverdale.”) Berlanti helped adapt the movie from Becky Albertalli’s well-received novel, “Simon vs. The Homo Sapiens Agenda.”

“Love, Simon”’s Simon Spier (Nick Robinson) is an average high school senior — as he makes sure to remind the audience — who grapples with keeping his sexuality a secret. When another student, going by the pseudonym “Blue,” posts on the commonly viewed gossip website that he’s gay, Simon leaps at the opportunity to connect with him. Simon and Blue email back and forth, and Simon finds himself falling for Blue while speculating who Blue is. But when another student, Martin, gets a hold of their emails, Martin blackmails Simon — if Simon doesn’t comply, he fears being outed will scare Blue away.