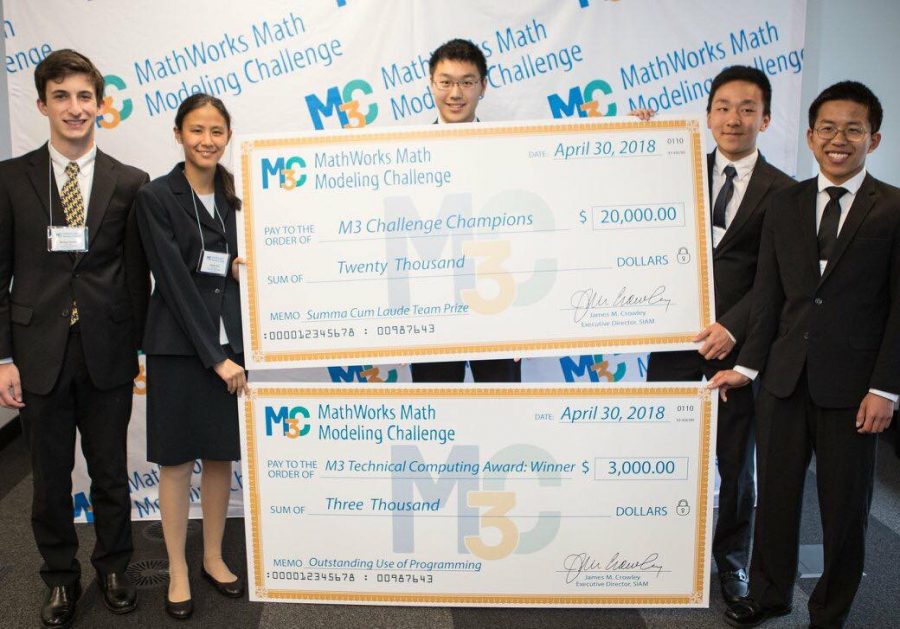 The team, in total, won $20,000 from placing first, and an additional $3,000 for coming first for the Technical Computing Scholarship Award, which is awarded to the team that demonstrate the best use of programming in their solution.

“One of the biggest parts of math modeling is knowing when and how to make simplifying assumptions,” Vronsky said. “I think that being able to think critically about assumptions and maintain a sense of reasonability with respect to the real world problem you are modeling are both really important for success.”

Los Altos, after earning an Honorable Mention last year, is the first ever Californian team to make it to the final top 6 and win the challenge in the past 10 years M3 has existed.

“I think this experience definitely highlighted the importance of teamwork for me,” Yuan said. “The scope of this problem and the fourteen hour time limit meant that this wasn’t really something that could be completed solo.”