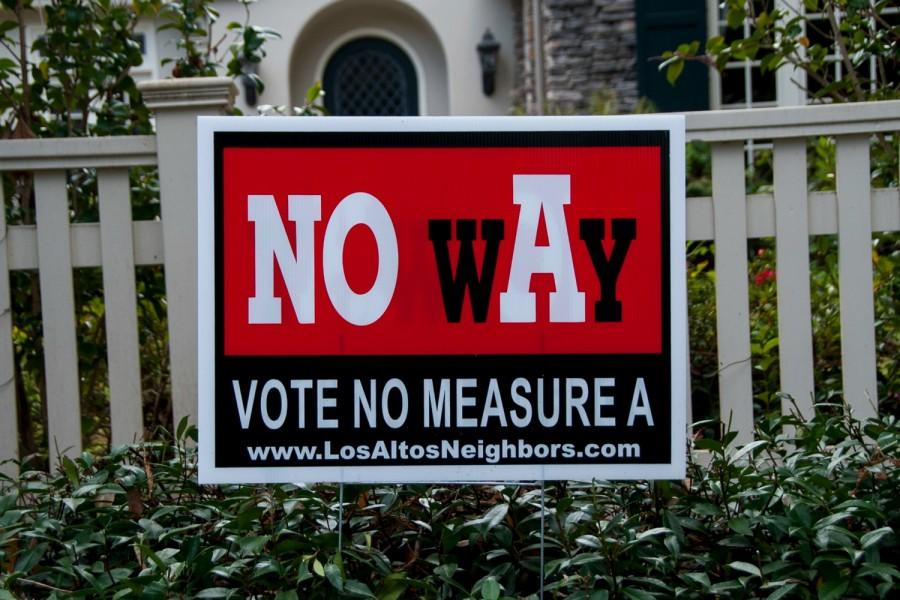 On Tuesday, November 3, Los Altos residents voted down on the Los Altos Hillview Community Center Bond Issue, most commonly known as Measure A. At the end of the voting period, 7,726 votes were accounted for, of which 71.86 percent were against Measure A. If passed by a two-thirds vote, the measure would have ratified the city’s decision to dedicate up to $65 million t0 the replacement and improvement of several different areas of the Hillview Community Center.

Among the list of renovations that would have been made to the Community Center is the construction of an entirely new facility that would work to meet current safety codes. The project would have been financed primarily through an annual tax on Los Altos residents.

In Los Altos, the city mailed Voter Information Pamphlets to residents in the hopes that it would accurately report key components of the measure and would facilitate the residents to make well-informed decisions on how to vote for the measure.

The pamphlet included a section in favor of Measure A signed by Los Altos Mayor Jan Pepper, Board of Trustees member Sangeeth Peruri and three other Los Altos residents. Representative of all those in favor of the measure, those who signed off on this section argued that as a community, Los Altos residents must do their best to make changes that would benefit future generations just as much as they would benefit them.

If passed, the improvements made to the Hillview Community Center would have met the standards that many of these residents have deemed necessary to make Los Altos the best possible community for its residents. Those in favor of Measure A argued that, in addition to these renovations, the time was right to make changes in the Community Center because of the record-low construction costs the city would face.

Within the section dedicated to the opposition of Measure A, which is signed by five people, the main argument revolved around the issue of funding for the project. The annual tax that would have been enacted if Measure A passed would not have been fixed, meaning that it would not exempt seniors or residents living on fixed incomes from having to pay.

Those against the Measure also argued that the plans to reconstruct and renovate the Community Center were too vague and gave far too little detail as to where their money would have been put to use. In addition, they argued that the money being used to renovate the Community Center was being prioritized over much more important community services, including the library, public safety, Downtown connections and more.

Catherine Nunes, Chip Lion and Maria Murphy Lonergan, who are members of the Los Altos Neighbors, a group of community members opposed to Measure A, stated that their main reasons for their opposition was that the project is too expensive, too large, poorly planned and vague.

“Many communities are facing similar special election issues,” the group said in an article published by the San Jose Mercury News. “It speaks to the larger issue of unbridled development of civic structures, lack of financial and urban planning in cities, slickly marketed special elections and local bond measures, and the continued pressure on taxpayers to fund it all — for years to come.”

Though the community vote against Measure A was not the result she wanted, Pepper found benefits to the experience.

“If there is a positive to take from this, it’s that it did get the community energized and talking about issues,” Pepper said.