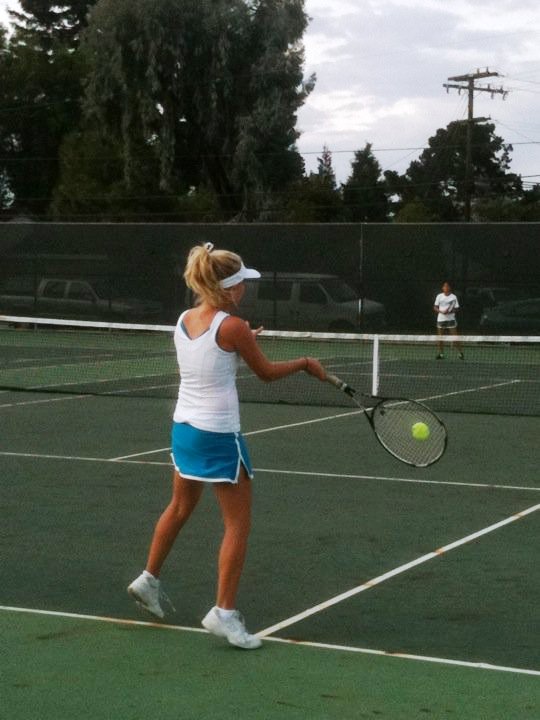 The score was 3-3 and the girls varsity tennis team all began cheering for number two singles player Marika Lee. She split sets, and lost the third set in a close score of 4-6.

Palo Alto High School (Paly) surprised our team with the addition of a freshman singles player to play Marika. According to the LAHS team, the addition of that player changed the complete line-up of Paly from the first time the two teams competed against each other.

This game highlighted the determination of LAHS to fight for a win, even when circumstances changed.

Congratulations are due to number one singles Kacey Inserpi, number two singles Lauren Liu, and number one doubles Alice Carli and Ali Dyer for winning their matches.

If the team had defeated Paly it would have secured third place title in its SCVAAL league.