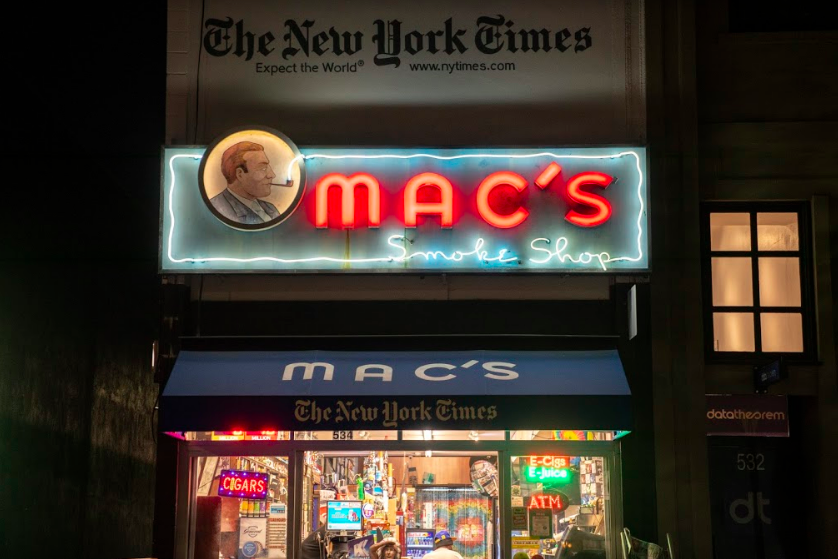 Los Altos City Council plans to pass an ordinance restricting the sale and advertisement of tobacco products in the city of Los Altos. This will affect grocery and convenience stores, in addition to gas stations and Los Altos’s one tobacco store, Edward’s Pipe and Tobacco. Businesses selling tobacco products will be required to follow certain guidelines.

Assembly bill AB-1639, which will prohibit the sale of flavored e-cigarette products excluding menthol, mint and tobacco flavors in most retail stores, passed in the California Assembly in August and is expected to pass in the Senate. However, adult-only stores and age-restricted online retailers will still be able to sell flavored products. Los Altos’s ordinance builds on this by further restricting tobacco and tobacco-flavored products.

According to Management Analyst Fellow for the City of Los Altos Trevor Marsden, this ordinance came about amidst concerns of vape tobacco products being used more frequently among teenagers. Marsden cited a 2017-2018 summary of the California Healthy Kids Survey on tobacco use, which has been a reference point on tobacco statistics for the city. The data shows that nine percent of ninth graders and 22 percent of eleventh graders have used electronic cigarettes at least once, and three percent of ninth and 11 percent of eleventh graders use them on a frequent basis. These numbers are expected to be higher this year. Although the ordinance does not directly target youth, the city is hoping it will have that effect.

“This ordinance has been a building movement,” Marsden said. “The county has really been pushing for this for a long time, and then once a couple of the deaths the city council [thought] this was something that they should deal with. At first, it was just a review of whether there were any current ordinances, and we found that there were none, so we reached out to the county and they gave us this template.”

Senior Daniel Lim believes it is important to tackle the issue of vaping because of the “vape culture” that has formed at many high schools.

“It’s really a social thing, like cigarettes used to be,” Daniel said. “It’s something teenagers do all together, and now people are like, ‘Yeah, I vape,’ like it’s a status thing.”

Los Altos will be modeling its initiative off of Palo Alto’s tobacco initiative passed in June 2018. Palo Alto’s initiative prevents the sale of flavored tobacco products, including flavored cigars, cigarettes, vapes and vape juice, unless the tobacco retailer qualifies as an adult-only tobacco store. To qualify, the store must primarily sell tobacco and prevent those under 21 from entering the store without a guardian.

Los Altos Youth Commission Council Member, Nueva School junior Connie Hong felt like the ordinance is a step in the right direction, even though it has limitations.

“The ordinance is necessary, even though it might not be effective in the long run,” Connie said. “Right now, the ordinance focuses [solely] on local sellers, and that’s not going to do much. But it’s still showing that adults in the community care, and I appreciate that. I think it’s a good starting point.”