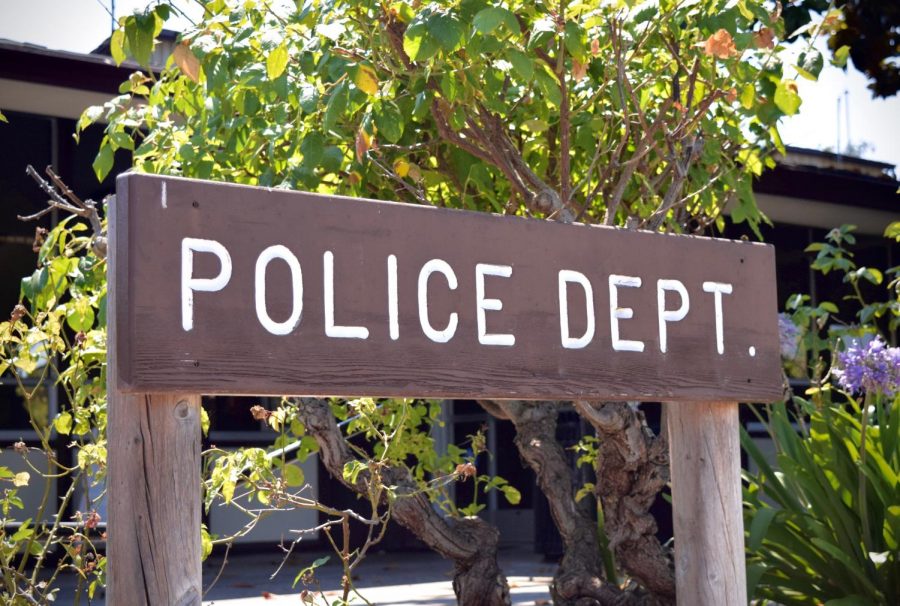 By Mira Sundar and Anika Sikka

Los Altos city leadership held a virtual town hall regarding concerns about the Los Altos Police Department (LAPD) today at 6 p.m. Many voiced frustrations about the recent report from the LAPD showing that the department disproportionately arrests and cites Black and Hispanic residents.

The data released by the LAPD highlights differences in the proportion of arrests of Black and Hispanic residents when compared to white residents, dating back three fiscal years.

White people make up 60 percent of Los Altos’ population but 38.3 percent of all resident arrests.

“I think that the numbers reflect racism,” rising senior Sierra Desrosiers, Los Altos High School’s Black Student Union president, said. “The fact that the Hispanic population in Los Altos is 4.3 percent but makes up 35 percent of arrests is crazy — same for Black people. The difference in population and arrests is too large for us to be comfortable with.”

The Talon could not independently verify Krauss’s claim about the daytime population demographics, as there are no readily available numbers for that statistic.

Galea echoed what Krauss said when addressing residents during the town hall, saying that in order to fully understand the data, there needs to be a more in-depth analysis including external factors not measured in the report.

Many residents noted during the town hall that the data released by the department failed to account for the incidents when people of color were unjustly pulled over but were not arrested or given a citation.

“When I get targeted and pulled over without getting a ticket, meaning the officer just follows me — harasses me — there is no report that is filed,” Kenan Moos, a leader of Justice Vanguard, a Black rights advocacy group, said. “There is nothing that happens from there.”

Galea said that a new bill will be enforced in 2022 allowing for more data regarding encounters with the police that don’t involve citations or arrests.

Others expressed concerns about the presence of school resource officers (SROs) on campus. While Galea said that he has heard positive remarks about these officers, many residents disagreed with Galea’s impression of SROs.

“In my extensive interaction with students — particularly students of color — and even staff. They have felt very uncomfortable, profiled, and mistreated by school resource officers,” history teacher Seth Donnelly said. “I have a colleague — a Black woman — who identified herself to the police as a teacher; she was threatened to be thrown to the ground.”

Los Altos, Donnelly argued, should remove SROs from the school campus. None of the residents in the town hall cited specific instances of an SRO abusing a student. According to Galea, Los Altos has one SRO who also serves 15 other schools.

Additionally, a handful of residents also expressed frustrations about the role of the department in mental health-related calls.

“During one of my crises, I called my therapist, and she told me that her only option was to call the cops on me,” rising senior Suzanne Guo said. “The fear of her doing so only further endangered my situation. While I was lucky enough to recover on my own that night, who knows that in another place at another time, I might have been pushed past the edge. It is blatantly obvious to me that the police should not be responding to mental health crises.”

Mirroring calls from the greater national debate, some Los Altos residents have expressed support for the idea of “defunding” the police — namely, lowering department budgets and reallocating those monies to community services.

“I support defunding because it is a road toward more substantive programs that actually increase public safety, unlike police,” Noah Tesfaye, LAHS ’19, said. “But more importantly, they will force us to really evaluate what makes us safe. It’s education, it’s job security, it’s housing security, it’s mental health support and so many other things.”

During the town hall, however, some residents disagreed with the idea of pulling funds from the police.

“We want our property protected,” resident Kelly Hawkes said. “We want our homes and businesses neither looted nor vandalized.”

Hawkes argued that a lower crime rate and protected property would encourage others to have an interest in living in Los Altos, meaning that homes and businesses would retain their property values. This, Hawkes said, can only be achieved with an adequate number of police officers.

However, other residents disagreed.

“The reason that Los Altos is a low crime city is not that the police are snuffing out crime every day,” Ishaan Parmar, LAHS ’19, countered. “To be frank, it’s because Los Altos is an extremely wealthy city.”

Both the leadership panel and the frustrated residents agreed that the LAPD needs to improve moving forward.

“This past town hall meeting was another opportunity for us to open lines of communication, and let the community know that we are listening,” Krauss said. “We care about your concerns, and we want to find ways to better serve the community.”

“Police in America was founded to catch enslaved people and curtail worker’s rights movements,” Tesfaye said. “It was not founded upon public safety. If we can’t understand that history, we cannot ever be able to grasp what to do about the police.”