After evaluating a potential threat to the assembly, police told Los Altos to proceed as planned and increased their on-campus presence. 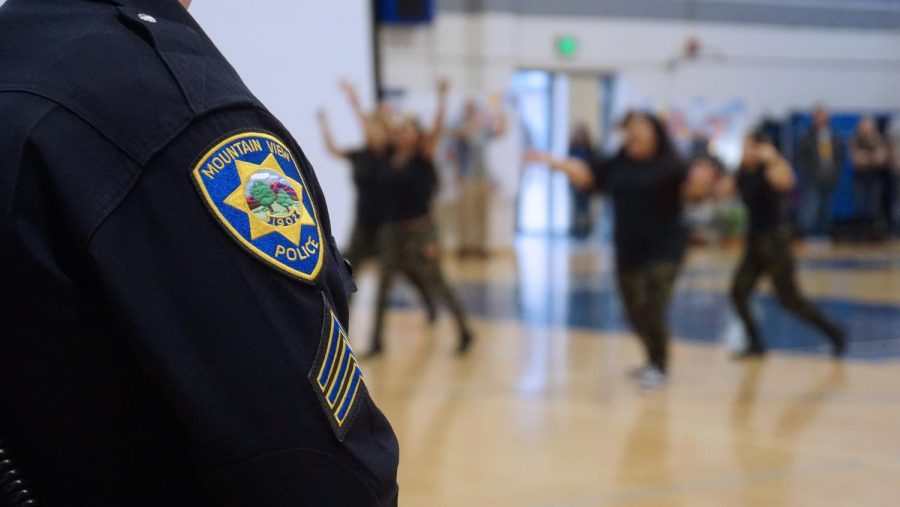 A Mountain View police officer watches over this morning's Diversity Assembly, which proceeded without incidence. Police increased their presence around Los Altos following a potential threat to the assembly. Kylie Akiyama.

The Diversity Assembly this morning proceeded without incidence, after potential safety concerns were raised that caused police forces to investigate and patrol campus before, during and after the assembly.

“We just want to make sure we cover all ends and make sure [the students] are in the safest environment that can be provided,” Langone said.

Because the note was anonymous, administration and police could not verify nor rule out the possibility of a threat, leading to uncertainty among students and parents as to whether the assembly would be safe to attend. Mountain View and Los Altos police told administration to proceed with the assembly after evaluating the note, and absences did not significantly increase from previous Fridays before spring break, Assistant Principal Galen Rosenberg said.