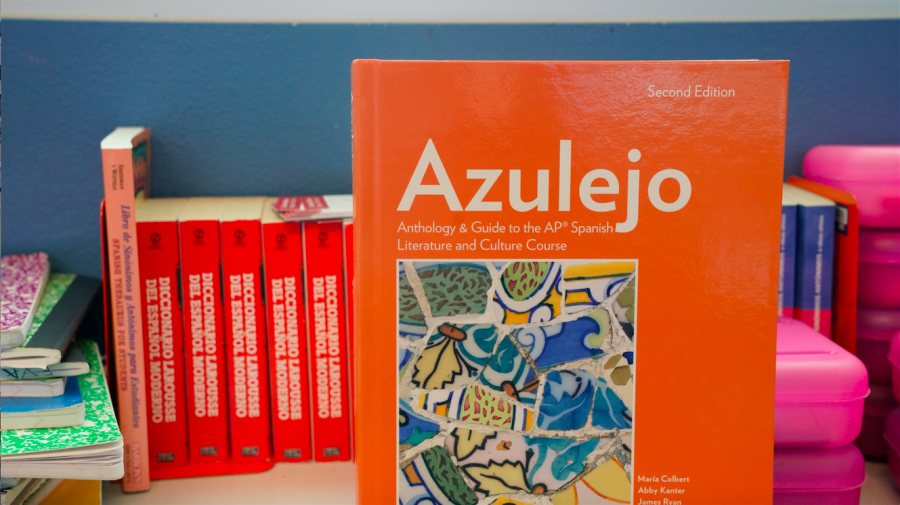 Because most students in AP Spanish Literature are native Spanish speakers, there is a greater emphasis on students’ reading and writing skills rather than speaking skills. In contrast, the AP Spanish Language class focuses its studies on the history and culture of Spanish-speaking countries and consists of fewer native speakers.

Over the course of the year, students analyze 38 texts, including stories, passages and novels from prominent Spanish-spoken authors in preparation for the AP test. Students’ comprehension and analysis of these readings, which range from the 15th century to modern times, are tested on the exam.

“I always tell students that we’re traveling through time through the literature we read,” Swank said.

Because of this, students are able to see first-hand the evolution of the Spanish language.

“Essentially, the Spanish literature class gives students the opportunity to study Spanish from a different approach,” senior Luis Gomez said. “You’re not only learning about the language, but you’re learning about how the language has [developed] to be what it is today.”

“I’d say [AP Spanish Literature] is more of an English and History class,” Nicole said. “When we read stories, we also learn about the time period and era around it.”

Swank, who is teaching an AP class for the first time, is enjoying the fast-paced nature of the class as well as the opportunity it provides for her to teach about notable Latin American writers, such as those from her home country of Colombia.

“I love Gabriel Garcia Marquez, who is Colombian,” Swank said. “Since I am from Colombia, I think, ‘Wow, I get to teach him.’ He also [writes using] magical realism, so students get exposed to that and can have really good discussions about it.”

“There hasn’t been a single reading we haven’t enjoyed,” Swank said. “It’s the best class for students who love reading and have a really high reading comprehension level.”