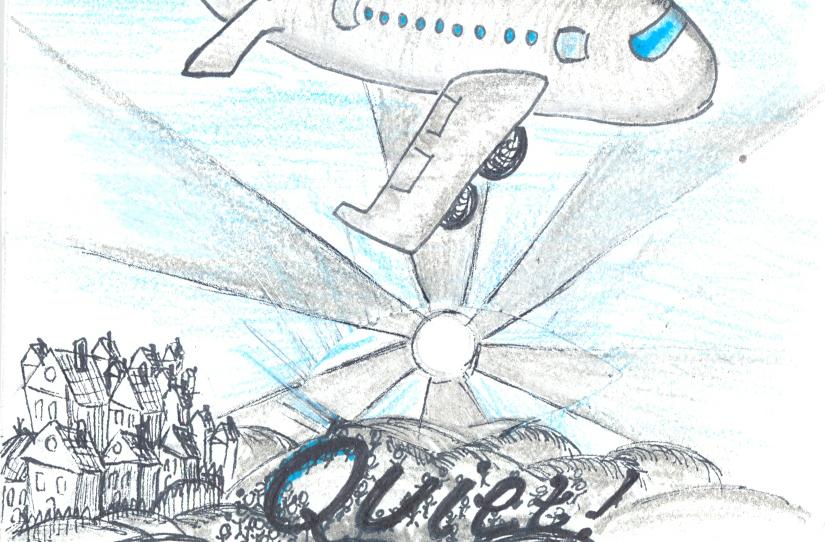 Last month, the Los Altos City Council adopted Resolution No. 2015-35, which supports resident efforts to urge the Federal Aviation Administration (FAA) to immediately address increased aircraft noise caused by the Next Generation Air Transportation System, or NextGen, program. The resolution is the city’s initial step in working with the Santa Clara County Board of Supervisors to call FAA to action.

“I think the next step is to work more closely with our neighboring communities that are also being affected by this increase in airplane noise,” Los Altos Mayor Jan Pepper said. “If we work together, our collective voice is more likely to bring about change.”

Designed to make flight paths more direct, the NextGen program allows planes traveling to and from SFO and SJC to fly low over local residential areas like Los Altos. For the past few years, the program, run by the FAA, has been using new technology to improve safety and efficiency in multiple runway operations and other priorities and simplifying flight arrival and departure paths in airports nationwide.

The county has seen a significant increase in resident complaints about aircraft noise due to NextGen. According to an article in the San Jose Mercury News, the San Francisco International Airport’s Aircraft Noise Abatement Office reported that within the county, Los Gatos especially has seen a notable increase to 5,448 complaints this year.

The County Board of Supervisors also addressed the conflict with the adoption of a resolution on Tuesday, August 25. According to an August 26 press release, supervisors Joe Simitian and Dave Cortese led the effort to pass the resolution.

“If it does nothing else, my hope is that this resolution strengthens the hand of our Congressional representatives in dealing with the FAA,” Simitian said in the press release.

Many other city councils in the county have also passed resolutions to combat the issue that has plagued residents for the past year and a half. In addition, Congresswoman Anna Eshoo released a survey in July she planned to use in meetings with the FAA to find a solution for the aircraft noise problem.

This survey provides for all of District 18, and conjured over 2,000 responses as of August 2015. Many residents, including Palo Alto Sky Posse’s Jennifer Landesmann, think the efforts made by officials at various levels are going in the right direction.

“We’re delighted with the resolutions recently passed by the County of Santa Clara and the City of Palo Alto,” Landesmann said in the press release. “We favor rerouting much of the air traffic over the Bay at higher altitudes. We look forward to collaborating with our neighbors to formulate a solution that is fair, safe, healthy, efficient, and quiet.”

The Los Altos City Council hopes to continue to improve upon the resolution and expand efforts across communities.

“The City has not yet been working closely with the County Board of Supervisors,” Pepper said. “We are planning to talk to Palo Alto and other surrounding cities that are feeling the impact, and we can also bring in the SCC Board of Supervisors into these discussions.”