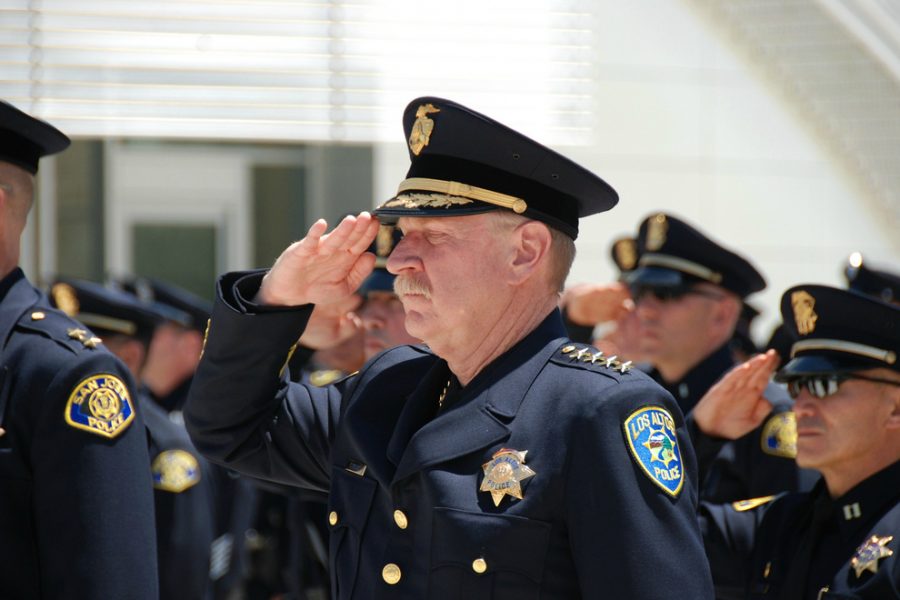 By Michael Sieffert and Sana Khader

After 38 years on the police force, Los Altos Police Department (LAPD) Chief Tuck Younis retired on Friday December 16. Younis served as the Chief of Police for nine years, and Captain Andy Galea will replace him.

While at the police academy, Younis met and worked with Galea, and both officers went on to work for the San Jose Police Department (SJPD). Before coming to Los Altos, Younis served for the SJPD for 29 years. His duties with the SJPD ranged from running the gang suppression units to leading the mounted division.

After serving the SJPD, Younis wanted to find somewhere quieter, like his native Saratoga, where he could connect with the community. Working with the SJPD meant a tight schedule and working on a call-to-call basis. He found an opportunity at the LAPD, and to him it seemed like the right fit.

In his time as Chief of Police at LAPD, Younis emphasized collaboration with the community as a key element of the department’s success.

“My vision is to have a collaborative relationship with the community, and our officers know that customer service is the key to our profession,” Younis said. “To work with them, and not to go to an area and say, ‘We are the police, we’re the best,’ but to go into an area and community to solve a problem.”

Younis aimed to strengthen the relationship between the department and the Los Altos community with a customer service-centered approach to policing. LAHS school resource officer Ryan Langone serves as an example of this philosophy.

“Our school resource officer is one of the most important positions in the police department,” Younis said. “Establishing relationships with our youth and our young adults is key to the success of this community.”

Incoming Chief Galea hopes to maintain and improve these types of relationships. Galea joined the LAPD seven years ago when Younis asked him to be his second-in-command as Captain of Operations. Galea, who at the time was looking for a position outside of the SJPD, accepted the offer. As captain, he managed the day-to-day operations for the department.

As the new Chief, Galea is looking to increase the department’s reach and hopes to expand the Neighborhood Watch program.

“We have a very successful program with our Neighborhood Watch, where we’re connecting different parts of our residential areas to the police department, pushing information out to them and being able to get information to us,” Galea said. “We have good participation in that program, but I still think we can do a lot more, and that’s going to be one of my focuses.”

Younis is confident in Galea’s abilities and believes it will be a smooth transition.

“Galea shares my vision,” Younis said. “He’s been running the operations here for seven years, so I think that you’re going to see a similar management style. I think between the two of us, we gave leadership to the organization and provided service to the community that was really good.”