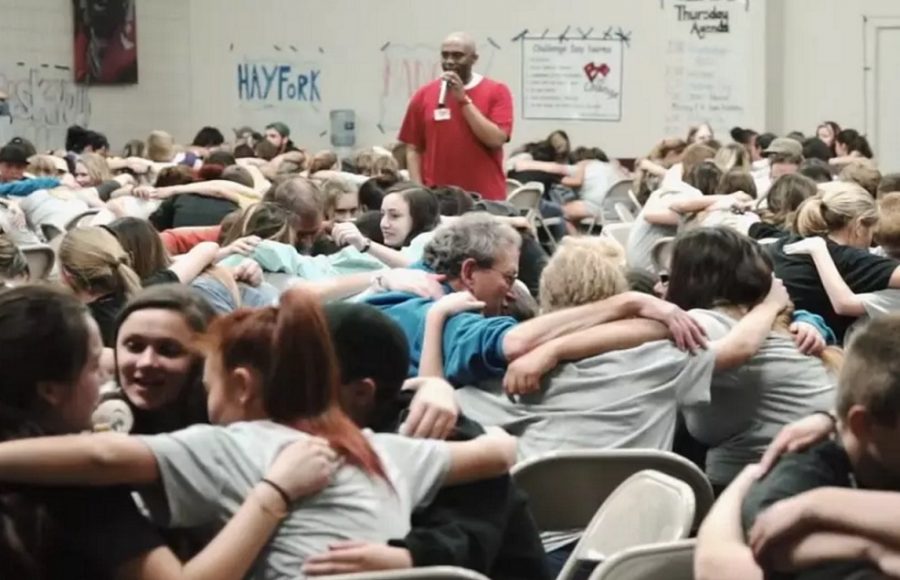 “[Challenge Day] is an immersive one-day experience with a combination of discussions and small-group and large-group activities,” English teacher Margaret Bennett said. “It helps people build relationships with each other, break down barriers, celebrate diversity and celebrate differences. People walk away with greater compassion and empathy.”

Challenge Day is ambitious, aiming to build stronger high school communities through a day-long activity for freshmen. The event is endorsed by celebrities like Oprah Winfrey, and its activities have occurred at over 2,200 schools across the U.S. Challenge Day has sparked interest at Los Altos, where Bennett and history teacher Sarah Alvarado organized a trial run for the program with 100 freshmen on Monday, March 6.

Because the event is still in initial planning stages, many details about the program are not known yet. In addition,  since Challenge Day’s mission to provide new experiences to students, facilitators haven’t provided information about the event beyond its goals and broad structure.

“There’s a novelty to it,”  Alvarado said. “They don’t want to give everything away, and they don’t want people to come in with preconceived notions [about] what’s going to happen. It’s the idea that everyone starts at the same level with understanding what it is.”

Bennett first learned of Challenge Day during an Emotional Intelligence conference for student wellness in Roseville last April. Following the conference, Bennett took the idea to Principal Wynne Satterwhite. The two then reached out to Alvarado due to her work with her SLC leadership class, and its promotion of diversity and inclusion.

Alvarado, a former participant of the program at her high school a decade ago, believes the program can have lasting effects on students. Before going through Challenge Day, Alvarado was not as comfortable interacting with her classmates.

“I was kind of shy, and I definitely didn’t put myself out there in any kind of leadership position,” Alvarado said.

Following the program, however, Alvarado says she found greater empathy and understanding of her fellow classmates. From this, she became more comfortable to express her opinions and influence her school climate.

“Going through Challenge Day, not only do you form community and get to know people, but you also start to realize that you’re not alone,” Alvarado said. “Realizing that, I ended up being part of our student government, ran for ASB president and was able to put myself out there more.”

If the pilot program is successful, Alvarado and Bennett hope the event will have a permanent place at Los Altos for freshmen. Whether by replacing the current PSAT activities for freshmen or taking place at another time in the fall, the two teachers believe that scheduling the program early in the year will help create a noticeable impact in the community.

“I think freshmen could, especially when we do it with the whole class, have bonding experience that makes them connected to each other and the school,” Bennett said. “Ideally, Challenge Day would be on PSAT day or sometime in the fall.”

However, incorporating all freshmen into Challenge Day poses a number of logistical questions. With a freshman class nearing 600, Bennett sees finding space for six groups of a hundred as a hurdle.

“There’s a problem of logistics because you have groups of 100 in large spaces, and we don’t have six [large] spaces on campus,” Bennett said. “That’s why we’re thinking maybe we go to Google in the future or maybe Hillview Community Center.”

“The other tricky thing is for every 100 students involved we need 25 volunteers, so you know getting 150 on one day might be hard but it might work,” Bennett said. “We’ll have a better idea of all those things after we try the pilot first and before we try to go schoolwide.”

Satterwhite hopes that the pilot program in March will offer insight into how to successfully implement the program next year on a larger scale.

“We need to start small so we can do it well,” Satterwhite said. “Because if we don’t do it well, it won’t be a good experience for or kids. It’s one of those thing where if we go too big, it won’t be successful.”