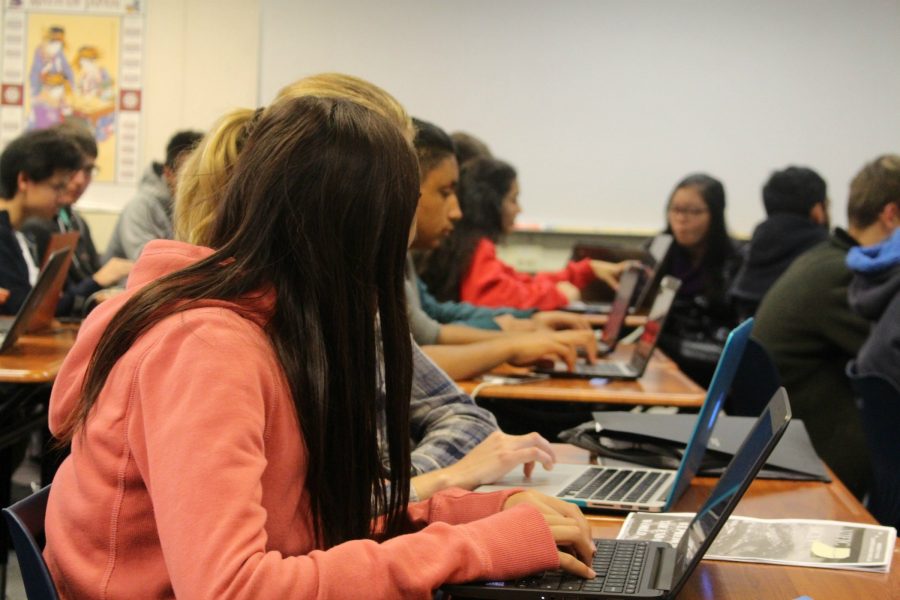 On Wednesday December 7, after school, Los Altos hosted the Hour of Code, a nationwide programming workshop open to students of all grades. This year marks the fourth year that Los Altos hosted the event, organized by Code.org. Code.org partnered with well-known organizations such as Microsoft and Apple to host online programs for students to learn from.

The program aims to allow all students to have the opportunity to experience coding at one point in their high school career, regardless of age, race, or gender. The event was hosted in the 700 wing, where students were sorted randomly into classrooms.

“The students [this year] seemed pretty diverse,” Math and Computer Science teacher Jeanne Yu said. “From experience to no experience, different groups of friends, there were lots of different students that showed up… We [got about] 100 students.”

“We’ve found through our surveys that the event has inspired almost 40 percent of students who attended to sign up for a computer science class at our school,” Yu said. “So, just in this one hour, and additionally doing it one hour in math class, we’ve been able to get a lot of students [interested] for our Computer Science courses.”

Programming is not only an important skill of students entering the STEM field, it has also proved to be a hobby for many students at Los Altos. Sophomore Jamsheed Mistri, who wants to pursue coding, enjoyed this year’s Hour of Code because it was an opportunity for him to improve his skills.

“Programming is huge — it shapes your future so much [because] it puts you in an advantageous position to other people,” Jamsheed said. “As a side hobby I code. It’s really cool to show other people what you’ve made… The computer is your realm to do whatever you please and that’s really fun.”