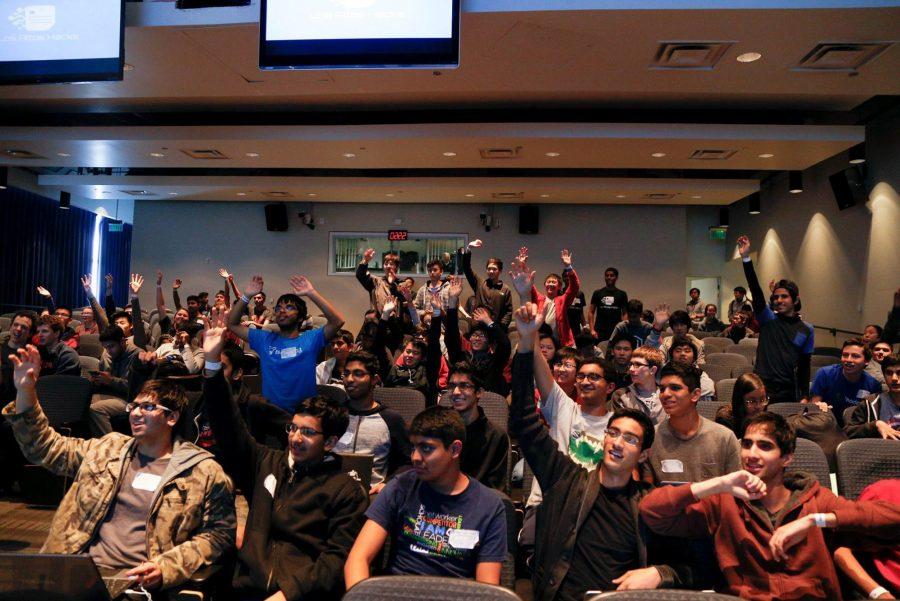 After eight months of planning, the Los Altos Hacks club will host their second hackathon, a 24-hour event for high school students to create code-based projects. The hackathon will occur on Saturday and Sunday, February 4-5, at Evernote HQ.

The club expects around 350 attendees, a 150 person increase from last year. The primary goal of the hackathon is to even out the gender ratio to a 1:1 balance.

“We had 20 to 30 percent [women] last year, so this year we’re trying to go for more because there’s a minority of women in computer science,” lead organizer senior Aashia Mehta said. “I’ve been to hackathons in the past and I felt left out, so for our hackathon we wanted to have more females.”

Planning the event required reaching out to 100 to 200 companies for the $15,000 needed to provide free meals and snacks, free gear and prizes for the growing number of participants. The cost of the hackathon was reduced by the large amount of sponsorships.

“Last year, we actually had a larger budget for a smaller number of applicants, but this year we’ve been able to cut down some of the unnecessary costs,” sponsorship director junior Zooey Nguyen said. “The Evernote venue was free, and a lot of the costs are much lower because we’re partnering with companies and cutting down the cost of food and most of the expensive things that are associated with hackathons.”

As a long term goal, Los Altos Hacks hopes to expand the number of beginner participants by increasing the number of free coding opportunities available to students.

“It’s definitely not hard getting involved in hackathons,” Aashia said. “It might seem scary at first since it’s overnight and you’re away from your parents for 24 hours, but it’s actually really fun and you get to meet new people, have 24/7 snacks, and everything’s free so I feel like everyone should try it.”