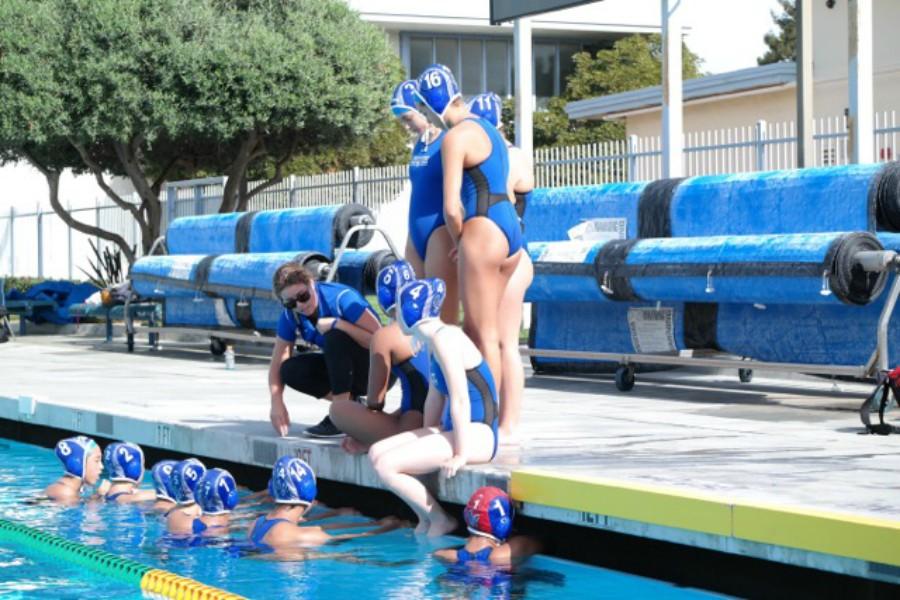 The game started with both sides missing early opportunities to get on the scoreboard, but Castilleja scored against the run of play with 12 seconds left in the first quarter to take a 1-0 lead.

“I just think we were not expecting them to be so aggressive as they were, but I feel like after we were kind of hit by that kind of shock, we started making the necessary adjustments,” sophomore Annalisa Pao said.

In the second quarter, sophomore co-captain Julia Santos scored with an assist from senior co-captain Ellen Roper to tie the game at 1-1. Castilleja responded with a goal from far out to take the lead again, but just 29 seconds later, Annalisa tied it back up at 2-2 with 3:41 remaining.

Castilleja brought lots of pressure onto sophomore goalie Trinity Suh during the second quarter, but she was unfazed, saving two close shots to keep Los Altos in the game. However, the Gators’ momentum was too much and they scored once again to take a 3-2 lead with 2:31 left in the half.

After a Los Altos timeout, the momentum of Castilleja seemed to vanish as Julia Santos scored two more goals to close out the quarter with Los Altos up 4-3.

“I feel like we were playing more as a team, we were communicating more,” Annalisa said. “We were making the necessary adjustments for the aggression that the Castilleja girls had.”

The third quarter was an even affair dominated by the defenses. The Gators broke through to tie the game at 4-4 with 3:46 left in the period, but the Eagles retook the lead on Annalisa’s second goal to make it 5-4.

Los Altos dominated the fourth quarter. Annalisa and Julia Santos scored within a minute of each other to stretch the Eagles’ lead to 7-4. Castilleja brought one back, but Annalisa put the game away with the final of her team-high four goals to make it 8-5.

The team faces Palo Alto in their final home conference on Tuesday, October 27.