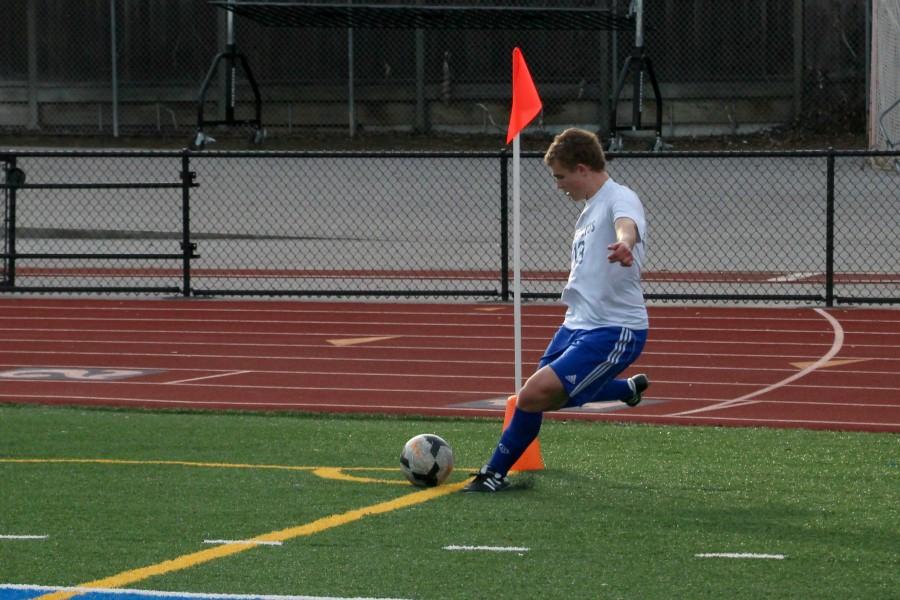 On Wednesday, January 20, the boys varsity soccer team defeated Wilcox 2-1 in a non-conference game at home.

The first half was dominated by the Chargers, who managed to hold midfield possession and created many chances at goal. At the 14th minute, the Chargers were awarded a penalty kick and converted it to take the lead 1-0.

“In the first half we were making some simple mistakes, and we came out flat,” defender Erik Larsson said. “We came of some big wins and had a little too much confidence I think.”

After a lackluster first half by the Eagles, the start of the second half showed some improvement. A much stronger midfield and a higher rate of possession gave Los Altos some more chances with shots from senior Darya Darvish and junior Lars Joehnk nearly going in. Senior captain Keith Bohrer was booked early in the second half, and Wilcox was still dominating the possession game.

“We started making simple plays and played a little defensive in the midfield to give us some more passion,” Larsson said.

After a nice build-up of play by the Eagles, senior Matthew Carroll scored with 10 minutes left in the game on a close-range strike to tie the game at 1-1. With the clock winding down the final minutes of the game, Los Altos began to pressure the Wilcox team much more.

The pressure eventually paid off for the Eagles. In the 74th minute, a botched clearance by the Wilcox goalkeeper from an Eagles cross gave senior Ryan Kull a tap-in goal to give Los Altos a 2-1 lead. After six minutes of furious defending, the Eagles came out with the hard-earned victory.

Despite the ultimate result, the Eagles’ initial deficit showed some obvious areas of improvement.

“I think we need to start with more energy and get a better start,” Larsson said.

This win gives Los Altos their ninth win of the season, and the Eagles continue to have success in out-of-conference play. The Eagles will play away at Cupertino on Friday, January 22, in an intraconference match.