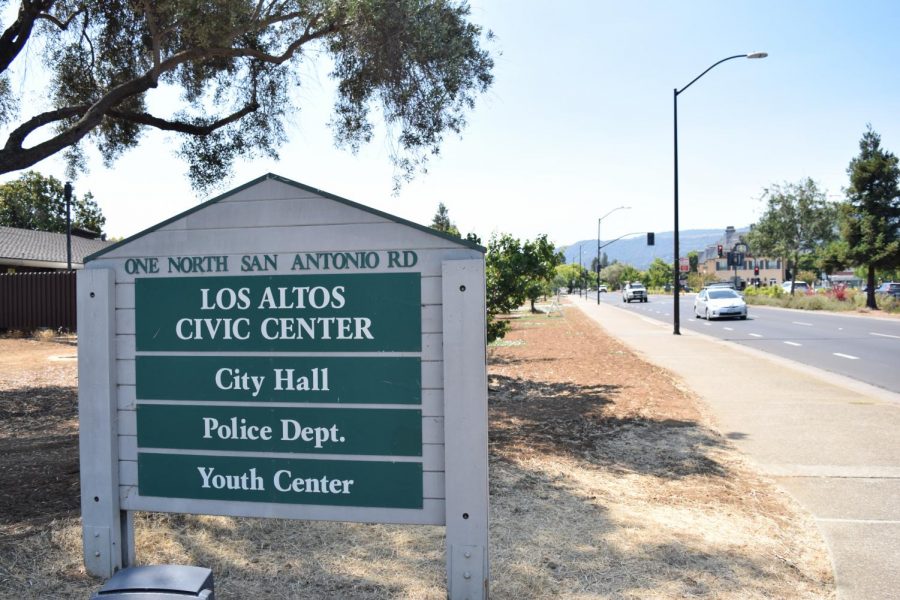 Los Altos City Council Member Jonathan Weinberg proposed last month that the City Council draft a safe storage ordinance that would require all firearms — not just those in homes where children live — to either be stored in a Department of Justice–approved locked container or disabled with a trigger lock.

Los Altos City Council Member Jonathan Weinberg proposed last month that the City Council draft a safe storage ordinance that would require all firearms — not just those in homes where children live — to either be stored in a Department of Justice–approved locked container or disabled with a trigger lock. During the meeting on Tuesday, April 27, the City Council voted 4–1 in favor of the request to start drafting the ordinance. The only person who voted against drafting the ordinance was Vice Mayor Anita Enander.

“I do not believe that in Los Altos, we would be doing anything useful by passing this ordinance beyond the responsibility that our citizens already take in securing their weapons at home,” Enander said at the meeting.

Such ordinances are common — they have been passed in four other cities in Santa Clara County and the county itself, although the county ordinance only applies to unincorporated areas. But the urgency of passing the bill struck Weinberg after his friend’s teenage child tried to commit suicide by pills. They changed their mind and were able to receive treatment.

“If that teenager had gotten hold of a gun, instead of a bottle of pills, they would not have had the opportunity to change their mind,” Weinberg said. “That brought it all home for me. It was no longer a question of reading terrible stories, but seeing it possibly affecting someone that I knew.”

Currently, the California Penal Code requires firearms to be stored in a location where children are unlikely to gain access to the weapon without permission.

“Children have gotten a hold of guns in places where the owner thought it was stored safely,” Weinberg said. “In a closet, on top of the refrigerator, in a purse. So someone may believe that it is safe, when in fact, it is not. The ordinance is silent on what actually constitutes safe storage.”

This ordinance currently only applies to homes where children live or “where a child is likely to gain access to a firearm,” which Weinberg considers to be vague. Children can still gain access to guns at home where they are not living, he said, such as if they are visiting their grandparents or a friend. The proposed ordinance would require that all residents safely store their firearms.

Weinberg is currently drafting an ordinance to submit to the city attorney, modeled heavily after the Santa Clara County ordinance, with updated examples. After it is looked over by the city attorney, the draft ordinance would be put on the agenda for the entire council to consider, likely within the next several months. It would have to be passed twice in two separate meetings before becoming an enacted ordinance in Los Altos. The majority of public comments were in favor of the ordinance.

“I can tell you from personal experience training locally in this area that these gun deaths actually do happen more than you think,” Los Altos resident Kelly Trevor said in a public comment during the meeting. “Thank you for considering the ordinance to protect both children and the community. Even if it saved just one life, it would be worth it.”