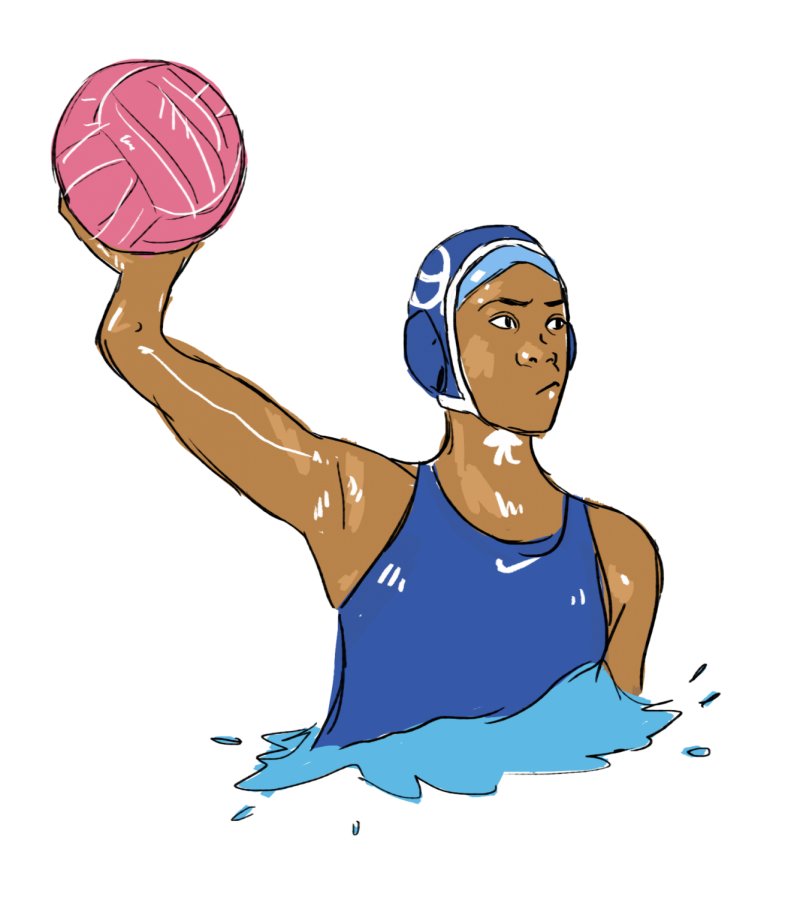 If you ever stared at my computer screen in class last year, you’d watch me scroll through the rosters of the many women’s college water polo teams that I could only ever dream of playing for. You’d catch me organizing the players not by last name or grade, but by height — shortest to tallest — trying to find where I’d belong. Simply put, practically all of the best and most notable players in the sport are white, averaging 5 feet 10 inches tall with beach blonde hair and blue eyes. Many of them swam before they could even walk and had Olympic water polo players for parents.

I couldn’t help but compare myself to see where I stood among the best water polo players in the world, standing at 5 feet 7 inches tall and of Filipino descent.

I’m playing Division I water polo in college next year. It’s been a dream come true, and I’m quite ecstatic to be part of a very diverse recruiting class, with players from all over California’s coast as well as Hawaii and Texas. But it’s been an emotional and physical challenge to get to where I am right now. Being Filipino with a mother who is barely 5 feet and a father of average height, I was not blessed with the best genes for athletics. I’m nowhere close to as tall or as built as I wish to be, and in water polo, my small, skinny stature is a disadvantage. Miraculously, I was gifted with long arms, but I’m not strong or big enough to hold my ground with ease. In fact, I’m a twig.

From the first day I started the sport, I noticed these obvious yet unspoken differences and became uncomfortable in my own skin. California is the hot spot for water polo — it’s the state where aquatic Olympians are born. When I was skilled enough to compete in high level tournaments, I started to play against the best teams in the nation, and I felt alienated — none of the other girls I played against looked like me.

I started water polo at 11 years old, and it wasn’t until I was 13 that I played against another Asian girl for the first time. For every second I spent guarding her, I was consumed by the need to prove that I was the better player — the better Asian. I guess I liked being the only Asian, I was unique. At that age, I found myself at war against non-white players like myself instead of praising their efforts for diversifying the sport.

As I got older, I focused less on the competition against the individual person I was up against, but rather the urge to prove myself as the best player in the pool regardless of race, but I was still self conscious — it’s hard to ignore my dark skin compared to others in the pool. I wanted to prove that I had what it took to compete at a high level, and the doubt that I still felt due to my color helped grow my desire to improve and better my skill — this is what has made me into the player I am today. Looking back, my success was rooted in my original uncertainty with not knowing what I was capable of, and because of this, I worked twice as hard and practiced twice as much.

My overall experience of playing water polo has been a fortunate one despite my own personal insecurities. My parents have supported me through this journey from the very start. My coaches expect me to be nothing less than a coachable, kind and passionate athlete, and thanks to them, I’ve been given every opportunity to become better. Because of them, I’m playing in college.

I have noticed a lack of diversity in many major professional sports — the NBA, NFL and NHL. But right now, water polo is growing — and fast. What was once only thriving in exclusively Northern and Southern California is now spreading across the nation, attracting the most athletic players of all ages and colors. I have noticed that I am not alone. I play a predominantly white sport with a predominantly Asian team, and we win games, make it to Leagues finals and become Division 1 CCS champions.

The sport is more diverse than it’s ever been, all starting with Brenda Villa, a Latina and the most decorated water polo Olympian, and Ashleigh Johnson, the first African-American to make it to the women’s Olympic team. Because of their stories, athletes of color can now dream a possible dream of playing in the Olympics. Because of them, I never stopped dreaming about playing water polo in college.

Water polo is not diversifying by itself, but through the tireless effort put in by minorities to prove themselves and through their genuine love for the sport, and I hope I’ve played my part.