An overview of the final presidential debate 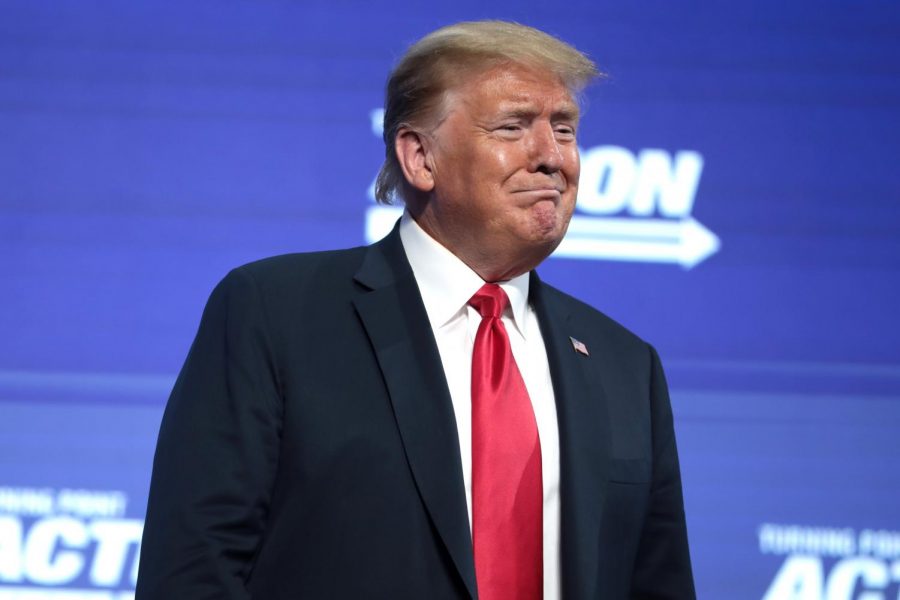 Tonight, Joe Biden and Donald Trump face off in the final presidential debate.

Trump opened the debate by declaring COVID-19 a worldwide issue, praising his administration for adequately providing masks, gowns and goggles for medical personnel. He promised a working vaccine by the end of the year, likely within weeks; he was also confident that he would be able to deploy 100 million doses with the assistance of the military.

He further said that “we’re rounding the corner now.” Biden responded by pointing out the 200,000 deaths under the Trump administration, as well as the 200,000 more victims projected by the end of the year; he asserted that “anyone responsible for that many deaths should not be President of America.” He then outlined his plans to reinforce mask-wearing and create better standards for reopening, to which Trump argued he was already doing so.

Meanwhile, Trump validated his degradation of scientists as “idiots,” citing Dr. Fauci’s initial comments that masks would not be necessary to combat the coronavirus. Biden reaffirmed his precaution-heavy approach to reopening, but Trump argued that “dying” Democratic states were seeing greater deaths despite having more severe shutdowns; Biden rebutted, saying that Republican states were the ones seeing large spikes.

I don’t know if it was the excellent moderating from Kristen Welker or if Trump simply decided to tone it down after the first debate, but it was a pleasure to see how much more restrained the candidates were today.

On the issue of the pandemic, Trump kept an optimistic tone, promising that the coronavirus is already beginning to disappear. Considering we’re currently entering a third wave of coronavirus cases, it came across as naïve, to say the least. Trump’s personal attack against the Democratic governor of Michigan and her husband also seemed insensitive after the kidnapping plot. Biden’s arguments seemed more sobering and down-to-earth, with more comprehensive policies to end the pandemic, including continued restrictions on reopening.

Despite their relatively restrained behavior, both candidates had some odd moments during the debate. Talking about his recent coronavirus diagnosis, Trump said that he would be immune for “maybe four months, maybe forever.” At one point, Biden directly addressed teachers, mocking Trump by telling them not to worry about the pandemic because “not that many of you will die.” While it was weird, the fact that these were among the strangest parts of the whole section is refreshing compared to last month’s chaotic mess of a debate.

After being asked about the recent discovery that Iran and Russia have interfered with this year’s election, Biden assured that he would make them “pay the price,” while claiming that Trump was letting them off “scot-free.” Both candidates claimed the other had accepted foreign payments.

The debate shifted to foreign entanglements, with Biden alleging that his son Hunter Biden has not taken Chinese money while Trump has. Trump responded by attacking Hunter and arguing that he had made money off of Ukraine and Russia. 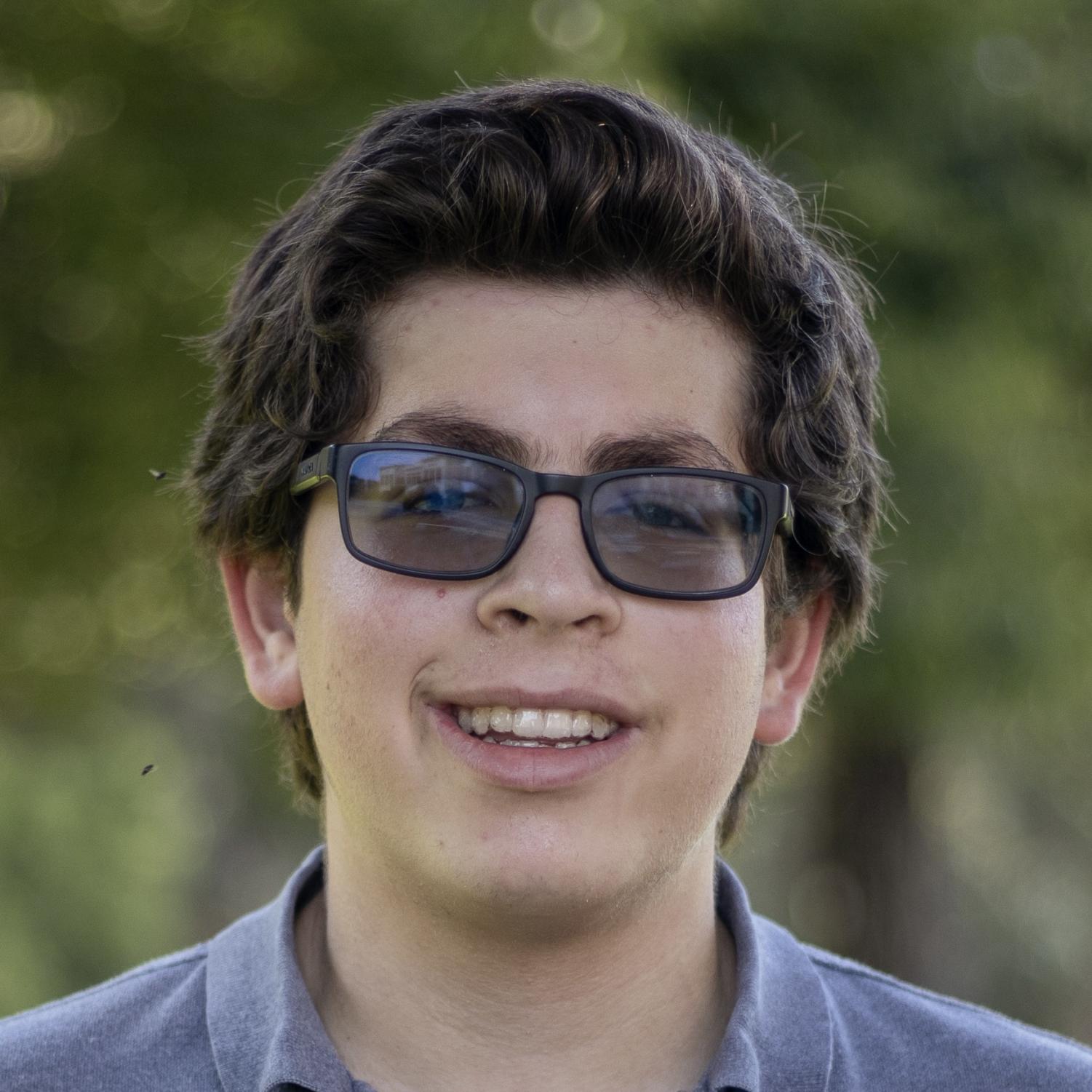 Over the past years, both through the impeachment and the Mueller report,  it has become incredibly clear that Russia and recently Ukraine have meddled in our elections. Tonight, Trump would talk about anything but that.

Trump misled the American people. Claiming that Joe Biden received $3.5 million from Russia, all while claiming that he never got any money from Russia. Even if that claim is true,  in the 2016 election Russia created bots on social media to elect Trump to office.

Biden mentioned Trump’s failure to release his tax returns. Trump evaded the question, saying that he was subject to a “phony witch witch hunt, angry Democrats and FBI agents all over the place.” I honestly understand and support two-thirds of this statement. I am an angry Democrat. Most Democrats, even most Americans, are angry Democrats.

It’s no surprise to me that Trump is the subject of FBI agents all over the place. If the tax returns released by the New York Times have any verity then of course  he will be subject to what feels like a witch hunt.

This section was a rollercoaster. From Trump’s Chinese golf course road, to his love letters to Kim Jong Un, to him having lots of bank accounts, this section uncovered nothing new.

Trump criticized Nancy Pelosi, stating that the Democratic Party was actively impeding the deployment of coronavirus stimulus packages. He asserted that he would continue helping states on an individual level as opposed to the collective nation.

The section ended on wages, where Biden voiced his support for a national $15 minimum wage.

In the vaguely named “American Families” section, the candidates discussed healthcare, pandemic relief policies and immigration. For the most part, I didn’t learn anything new about the candidates’ positions during this section, but there were a couple of interesting moments.

After Trump accused Biden and Harris of being “farther left than Bernie Sanders,” Biden took time to emphasize that he and Bernie Sanders have completely different policies and views. While it may have upset further-left Democrats, Biden was clearly intending to address concerns from more moderate voters.

Trump’s arguments often centered around the fact that Biden hadn’t achieved his policy goals on immigration and healthcare during his long career in the Senate, a point that Biden didn’t do much to refute. This was part of a larger trend throughout the debate in which Trump portrayed Biden as a “typical politician” not delivering on his promises. The most contentious issue during this section was immigration, and both candidates spent much of their time debating the merits of “catch and release” policies. Trump’s remark that only “the lowest IQ” immigrants would come to immigration court after being released into the United States was particularly insensitive and didn’t do much to assuage fears of inhumane treatment at the border.

Trump attacked Biden on child separation policies, claiming that the Obama administration had built “cages to keep children in.” He also defended ending the catch and release policy for allowing “murderers and rapists” into the nation.

He asserted that his presidency had done the most for African American families since Abraham Lincoln’s, adding that the Obama administration failed to reform the criminal justice system during their eight years in office; Biden rebutted that he helped release 38,000 people from prison. Biden also deemed a crime bill passed by the Obama administration a mistake, saying that he has tried to repeal it.

Biden expressed empathy for minority communities and says that he intends to speak to them directly in order to prevent violence and poverty. Trump referred to himself as the “the least racist person you would ever meet,” while Biden called him “one of the most racist presidents in modern history.”

The conversation took an interesting, almost humorous turn when the conversation transitioned to the topic of race, with Trump referring to himself as the president who’s done the most for Black people since Abraham Lincoln, something he’s said before.

Trump provided vague examples as to how he’s improved conditions for Black people in the United States using his criminal justice response plan as justification for any argument thrown at him. Biden, on the other hand, clearly talked about his plan to provide better healthcare, education and economic opportunity continuing his trend of speaking in terms of the future — something that can’t be said about Trump.

The highlight of this section was when Biden sarcastically called Trump Abraham Lincoln because of his encouragement for the white supremacist group, The Proud Boys — and the scary thing is that Trump believed him.

Trump began by saying that the Paris Agreement was unfair to the United States, deeming India, Russia and China “filthy” nations. He disapproved of how the agreement would have needlessly destroyed businesses when he said his administration has had the best carbon emissions in years.

Biden declared climate change an existential threat to which the nation was hitting “the point of no return.” His plan to alleviate climate change was criticized by Trump, who said that its creator, Alexandria Ocasio-Cortez, “knows nothing about the climate.” He also claimed that forms of clean energy such as wind power would lead to more emissions than natural gas.

This section was a great picture of the entire campaign fight. One candidate both exaggerates what he has done and lies about his future plans, and the other presents a vision for a sustainable future.

Instead of acknowledging his own goals, Trump spent as much time as he could slandering his opponent’s plan and lying about the financial implications of it.

Although he was given the opportunity to speak about clean energy, Trump bragged about protecting American oil. Although on the surface protecting oil jobs may seem like a positive, in reality it hinders progress in the green energy sector. Biden then made a big statement, that the US should shift away from oil and no longer give the oil industry federal subsidies.

Biden defended his plan for clean energy, Trump took the chance to talk about being energy independent, meaning we import no energy from other nations, and claimed that windmills killed birds. He also mentioned that windmills produce more fumes than “clean natural gas,” which is untrue.

Although there were many big statements made, only two stand out. Trump knows a lot about windmills, and Biden probably won’t ban fracking. Those both sound like jokes, but so did most of this section.

After the candidates were asked how they would address those who did not vote for them in their Inaugural Address, Trump said he believes that “success is going to bring us together.” Biden said that as a fellow American, he would treat everyone with the dignity and respect they have been denied for the past four years.

When asked how each candidate would address those who did not vote for them in their Inaugural Address, Trump responded with, “Success is going to bring us together,” and then jumped right into how the Trump Administration has moved our country forward through these past four years.

While I am not surprised that he used these last two minutes of the debate to strengthen his resume for this upcoming election, I would have liked to see a more well thought out plan of how he aims to move our country forward to “success,” rather than glorifying the accomplishments of his last term.

Biden, not to disappoint, spoke directly to the camera, delivering his ever-famous campaign slogan, “we choose science over fiction,” stressing the importance of allowing clean energy to build our economy. Politicians are now vocalizing their support for clean energy, but after all, actions speak louder than words, and Biden needs to prove that he can follow through on his word.

Biden is right, depending on who we as a country elect to be our President will determine the character of this country, and we better choose right.