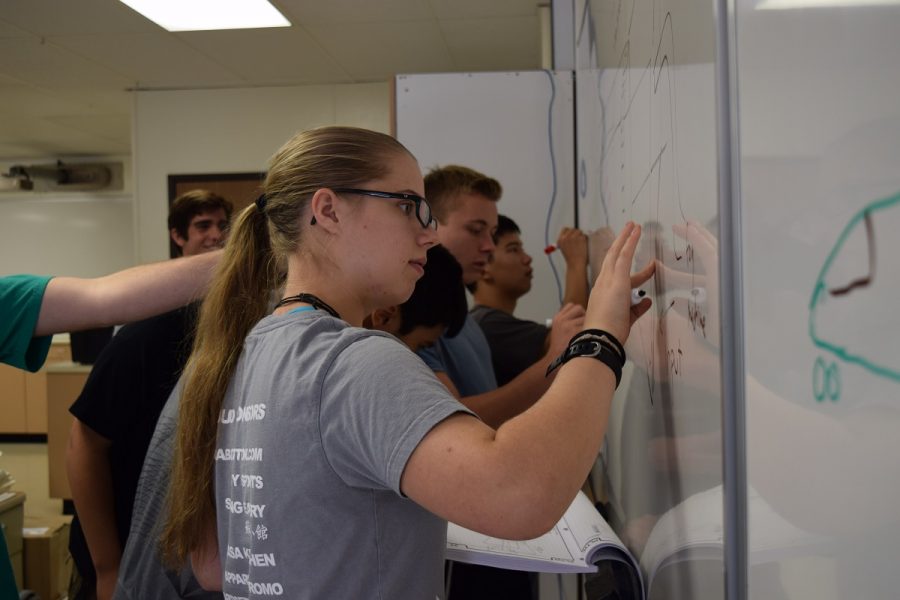 Starting next school year, Los Altos will pilot a new engineering course called Three Dimensional Design and Prototyping. The class, developed by math teacher Adam Anderson and physics teacher Stephen Hine, will teach students to use machinery to work together and design structures, buildings and other various projects.

Unlike current science and engineering courses at LAHS, Anderson and Hine want to incorporate artistic elements. Three Dimensional Design and Prototyping will give students hands-on experience with official engineering tools and the ability to use their creativity to build and design their own products.

Anderson and Hine want to build off of what Project Lead the Way (PLTW) is teaching students in other engineering classes but give students more freedom in terms of design and projects with Three Dimensional Design and Prototyping. Eventually, they hope this new class will line up with the current curriculum developed by PLTW so that students can take it at the same time as other engineering courses.

“We want to use the same style and hands-on approach, but it’s going to be different from PLTW because PLTW is very strict about what you teach,” Hine said. “We’ll do a lot of similar stuff but it will be more open for us to decide the details. We want to get a lot of student input, what they’re curious about, what they want to build, and what they want to learn how to design.”

Hine and Anderson both completed their teaching credentials at UC Santa Barbara and were inspired by the nearby engineering academy at Dos Pueblos High School to create a workshop space where students can use their imagination to create their own products. With grants from the MVLA Foundation and Google, the teachers obtained advanced workshop tools and machines, such as 3D printers and drills, to bring their idea to fruition.

“We want [students] to be able to have a problem, conceptualize an idea and then create that in a virtual 3D space,” Hine said. “Instead of just trying to put things together, they actually have to have a plan for how they’re going to do it first and then actually put it together.”

Anderson and Hine would like to co-teach the engineering class together. Due to the fact that students will be using dangerous tools, the teachers would like more than one adult to supervise the class and make sure no one is misusing the equipment.

Anderson and Hine encourage all students to apply for this class. They hope to have students with different levels of engineering experience play a role in managing the class and the projects assigned to students.

“This is a true pilot,” Anderson said. “We don’t know exactly what the final product is going to look like. We have ideas that we’re going to try.”

Class time will be spent constructing the products and doing stress tests. For homework, students will research an assigned problem pertaining to projects at hand and potential ideas to be used to solve this problem, and once each project is complete, students will come together to compare and discuss their products. While students will have a set of guidelines, they will have to use their imagination to design their product.

“What you do within those guidelines is up to your team and creativity and practicality will be graded at the end,” Anderson said. “Learning how to use real tools to build real products is something that is not really offered at many high schools anymore so we’re going to try to mix the design and build [aspects].”