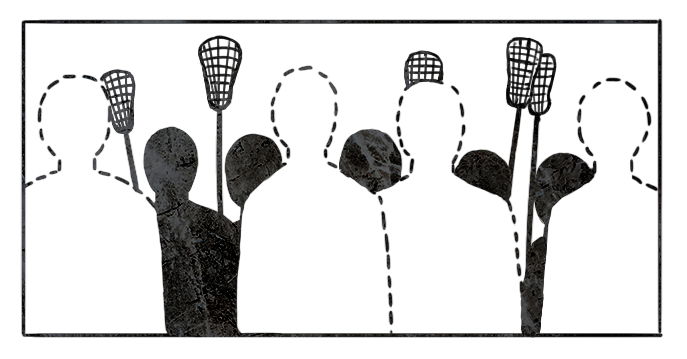 By Audrey Chang and Sua Kim

Both the varsity girls and boys lacrosse teams currently do not have coaches but expect to find head and assistant coaches for their upcoming spring season. Varsity girls lacrosse head coach Christina Perez is returning to school to begin her studies as a dietitian, while varsity boys head coach Kyle Schneider is leaving to attend Boise State University. Due to low participation, lacrosse only has varsity teams.

If no coach is hired by the start of the spring season in February, parents or athletic department staff may step up to the position. League rules restrict the coach from being at offseason practices, which means the team must have experience and be capable of running offseason training on their own.

“[The team is self-sufficient] because most of the guys have played a lot before,” junior Tripp Crissman said. “So everybody knows drills, everybody knows how to start and how to continue to practice.”

Because of this, many players feel that the change in coaches isn’t a drastic problem. Sophomore Margaret Capetz feels that not having a coach will deny the freshmen the experience of a “real lacrosse coach,” but it won’t affect their technical skills.

“There are some girls who have been playing lacrosse for the past three years,” Margaret said. “They are very experienced, so they know [several lacrosse] tactics already… even if we find an inexperienced coach, I don’t think we’re going to fail.”

In the past, lacrosse has had several short term coaches. Many have left the team after a year or two to attend college, leaving parents the responsibility of volunteering to coach between hired coaches. Although this constant switching of coaches has made the team more independent and adaptable, the players don’t get to know their coaches as well.

Not having a coach will be especially hard this year for the boys varsity team since the boys team has moved up to a new division, and are now competing with teams that have coaches and practices year-round.

While the lacrosse season officially starts in the beginning of February, players plan to begin off-season training as early as November. The girls and boys will most likely find a coach in the next few months, as the athletic department has had the job posted since this past spring and is already interviewing new coaches.