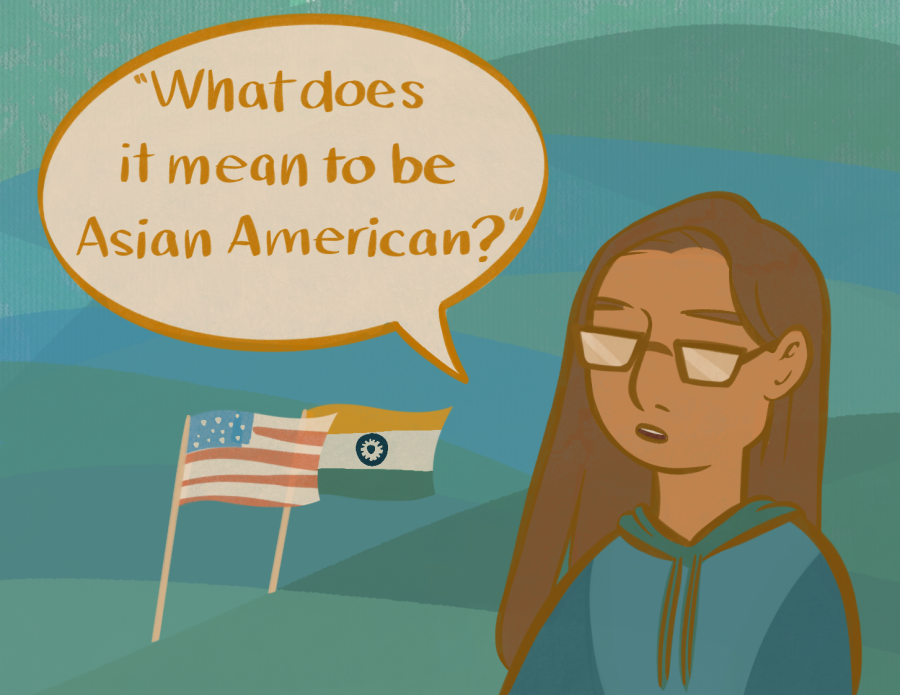 The Asian American identity is a constant crisis for many and reconciling the relative privilege of one's experience with the discrimination that is faced is a critical part of acceptance of oneself and identity.

What does it mean to be Asian American? I got the technical aspect down cold (an American of Asian descent), but I’ve spent 16 years struggling with the details. Must I be a straight-A student or speak my parents’ languages? Do I have to stay quiet in class and resign myself to one-dimensional background characters as my only role models? The answer is pretty clear: no.

It was kind of clear that the rest of the world disagreed, though. Despite the relatively Asian-heavy demographics of the Bay Area, I was still stereotyped, especially when I was younger. It wasn’t anything big, just a couple of microaggressions. I would get mixed up with the other Indian girls in my grade, my ethnic food was made fun of and I was expected to be great at school — the perfect model minority. The quiet, hard-working Asian.

It’s a classic Asian American crisis. Are you the stereotype? Have you filled into the model minority myth? Make no mistake; it is a myth. It’s the myth that defines the Asian American experience.

Let me give you some background. In the 1960s, Asian Americans entered the United States en masse and although there were barriers against them, they started to thrive. As a result, white America weaponized them as some kind of “model,” waving them in the face of other minorities, demanding “If they could do it, why can’t you?” Of course, the truth is a lot more complicated than just hard work.

Asian Americans don’t face the same discrimination as other minorities, particularly Black Americans. And the only people coming into the United States were people who could get the visas and those people were professionals: doctors, engineers, lawyers. Of course, they would be successful because they already were.

The truth is that I definitely follow some of these stereotypes. I like STEM, I care intensely about my grades, I have high standards for myself, I wear glasses and I don’t eat meat (nor do I plan on trying it).

But I’m not the perfect archetype either. I’m argumentative, nontraditional and nonreligious. Despite the stereotypes about quiet, rule-following Asians, I question authority — a lot more than any “good Indian American” should.

The thing is the model minority myth isn’t even true for all populations. It treats Asians as a monolith when the reality is far more nuanced. Despite the stereotype, there’s a massive wealth gap between different Asian populations. Indian Americans’ median income is $100,000 but Burmese Americans average $36,000, 43 percent lower than the national average.

With that clash comes an internal crisis. I often find myself wondering if I’ve given into the stereotype and become the cookie-cutter side character. Or worse yet, if I’ve lost my tradition and my culture to a torrent of whiteness.

I feel enormously guilty about that. My family’s very well off, but here I am, talking about the Asian American experience like my life is some struggle of epic proportions. It’s not. I’m not going to say it is.

Yet that model minority myth is going to follow me around for the rest of my life. Asian Americans are less likely to be promoted to higher positions and are unlikely to be seen as authoritative figures because of the stereotypes of them as quiet.

It is not as simple as Asians “having it good,” especially compared to other racial minorities. Some people have begun arguing that Asians shouldn’t be complaining because they’re better off. What do we have to complain about? Cathy Park Hong wrote, “The lie that Asians have it good is so insidious that even now as I write, I’m shadowed by doubt that I didn’t have it bad compared to others. But racial trauma is not a competitive sport.”

America is not white anymore. Maybe it never was but it’s certainly getting far more Asian. Between 2000 and 2019, the Asian American population grew by 81 percent.  As people become more and more exposed to Asian Americans, tolerance expands, and we can see a hopefully brighter future ahead.

I have to return to the question: What does it mean to be Asian American?

I think it means whatever we want it to. I am Asian American, and I am proud of it. What else is there to do but be proud of it?

I am more than a stereotype, and I am more than a caricature. I am not the model because people are not models. Chinese American writer Eric Liu once asked us to consider assimilation and adaptation as not a loss, but a gain of new ideas and traditions.

Adapting to America does not mean we are less Asian. It just means we are American. And maybe I don’t like the country all that much, but I was born here. I was raised here. I speak American English. I am a product of this country. I am still a product of Asia, too.