Kulture à la Kaavya: No more emissions for you, ExxonMobil 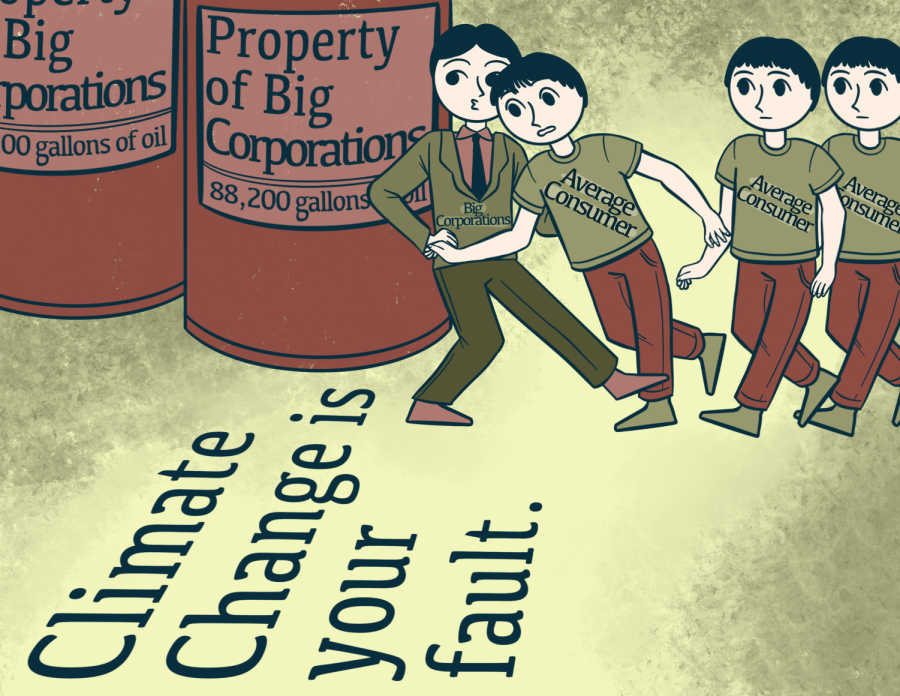 Hey there, do you have a moment to talk about the environment? Great! Well, here’s the thing: No matter how hard you try, you can’t make up for corporations.

I was 15 when I first found the most depressing statistic I’ve ever read: By 2050, there’s a chance 55 percent of the human population will be dead and human civilization will be over. And while that pushed me to consider the climate crisis completely differently, here’s the biggest discovery I made in my frantic Google searches: No matter how hard you try, you can’t make up for corporations. You don’t matter.

Okay, fine, fine, you matter. Yes, you buying a gigantic plane would be wasteful and yes, going green is good. The truth is though, most of the burden doesn’t fall on you, the average or even above-average consumer. It falls on massive energy companies like ExxonMobil and BP because plot twist: 100 companies made up 70 percent of greenhouse gas emissions since 1988, which isn’t that surprising. After all, Rohit down the block isn’t dumping 88,200 gallons of oil into his pool or fracking in his backyard, he’s just living his life with a little too much electricity.

So why isn’t it well known that corporations do a lot of the damage? Because companies have done an incredible job trying to convince consumers that the burden falls on them to fix the world. One great example is the idea of your carbon footprint. I’m in favor of reducing individual impact on the planet whenever possible, but consumers have been misled to think that their actions are what has led to this hellscape of an environmental crisis. Essentially, fossil fuel companies want to guilt-trip consumers into blaming themselves, shifting the focus away from the company.

They don’t want to admit they knew about the climate crisis decades ago and did nothing except burn more oil and kill the planet faster. In fact, ExxonMobil, the fifth-largest producer of emissions, knew about it 40 years ago. It would have been so easy for them to start transitioning to renewable energy or just out of oil. They just dismissed the evidence so they could keep making money, and now we see the consequences.

Few companies are taking ownership of their actions and few have been willing to commit to anything. Shell, a massive oil company, tweeted “What are you willing to change to help reduce emissions?” as if it wasn’t among the biggest producers of emissions. You know, like a hypocrite. But even Shell can’t hide from the facts. This November, Shell asked users on Twitter what they thought the best option is to help reduce emissions, the options being offset emissions, stop flying, buy an electric car or choose renewable energy.

The vast majority of users responded that it would be a lot easier if these companies (like Shell) shifted toward renewable energy. And they’re absolutely right. The truth is that no matter how much you or I minimize our carbon footprint, it doesn’t matter so long as these companies are regurgitating gallons of oil and doing whatever they want. They blame it on the consumer and their carbon footprint but ultimately, the power doesn’t truly lie in the consumers’  hands. It doesn’t matter if you literally live on a tree and sustain yourself via photosynthesis — you cannot change the environment without the support of these companies.

“But Kaavya, they’re investing in renewable energy! They’re changing!” you might say. Okay, sure, they’re investing. How much, though? It’s not enough for me to give them any credit for it. It’s a performative action to get us all off their backs. It is nowhere near enough. To meet even the most provisional of measures, energy efficiency spending has to hit $16.7 trillion by 2040 and we’re on track for only $11.7 trillion. Those $5 trillion will make a massive difference and we cannot sit by and watch this happen. Radical change is absolutely necessary and the longer companies avoid it, the more we all suffer for it.

I’m sad to say this isn’t an isolated incident. Climate is just one example of how larger entities trick consumers into believing they’re at fault so they can get away with shady behavior.

When people with power have the capability to manipulate people around them, they often do. And if they can save face by blaming someone else, they will. It’s a pattern. It’s not our job as consumers to know everything that’s happening but we should take it with a grain of salt.

Ideally, I’d say that these people should take responsibility for their actions, but I don’t see that happening anytime soon. Maybe, though, we, as consumers, can do our best to stop it. In recent years, there have been massive movements to confront the ugly truths of corporations. And while individual consumers don’t have an effect, boycotting business and holding companies accountable through grassroots movements can.

We’re getting better at it. I don’t think it’ll be something that happens all at once, maybe bit by bit. Keep hope, though; it might be a Christmas miracle. Happy New Year, Los Altos and I’ll see you in 2021.