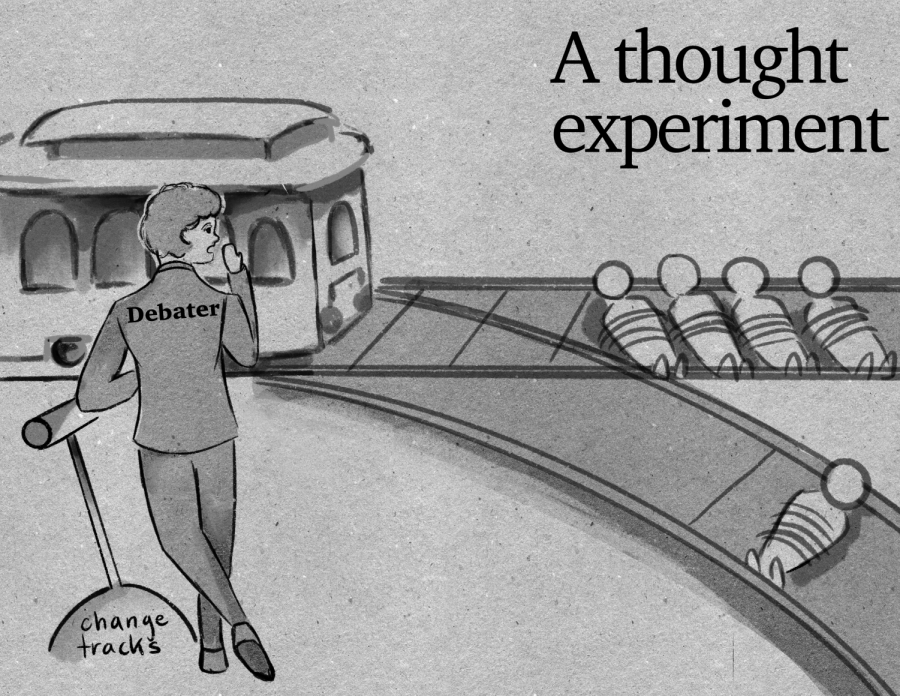 Let me preface this with a disclaimer: I have been a competitive debater for three years and I love it. I love debating, researching and being with my team. But debate is far from perfect. In fact, it’s fundamentally flawed. Debate has taught me to consider the world like a problem to be solved, rather than people to be helped.

For some background information, I do public forum, or PF, a partner debate where we spend around a month on topics, usually passing government bills, and have to prepare arguments for both sides, the pro and the con. Typically, PF is based on net benefits, so the side that has the most benefit and the least detriment wins.

By focusing on the flashiest statistic, we can often lose sight of what’s really important. Let me zoom out for you. In September and October last year, the topic was the Medicare for All Act of 2019. A common neg argument fleshed out how the bill could have negative effects on the pharmaceutical industry, which could prevent them from developing cures to rare diseases, leading to 5 billion people dead. The chances of the bill actually leading to those deaths was miniscule. But that statistic lost me multiple rounds, crushing some of my chances.

That numbers game goes hand-in-hand with another problem of sensitivity: the rampant commodification of multifaceted issues for wins. Let’s go back to Medicare for All. My partner and I competed against a team arguing that due to the massive racial bias in the medical system and in general, Black women need Medicare for All.

Now, I don’t know if that team actually cared about Black women or if they just wanted to win but it was an impossible round nonetheless. As soon as they started talking, I knew we were doomed. We were even told by our judge there was no way we could’ve won the round.

It’s easy to manipulate these issues for your own benefit. The term for them in debate is a structural violence argument, an argument discussing the systematic issues that hurt marginalized groups. You can think about the Uighur Muslims in China or domestic abuse survivors.

I won’t generalize and say that all debaters don’t care, but many debaters are cutthroat enough to make these arguments without truly caring about them.

And there are many other issues that debaters have but that quantity of issues is the main problem. Why is this so normal? It’s not even a pattern or an environment, it’s a mindset. No matter what a debater says or does before the round starts, they lose their empathy as soon as it matters. Often, they stay unempathetic outside of it because they allow this mindset to take over their life.

Debate is a thought experiment, a seemingly objective way to consider problems. But debate is without empathy. Even when we attempt to consider morality, it is callous and it conditions debaters to be callous too.

When I was a freshman, we had a month when we debated whether or not to stop arms sales to Saudi Arabia, which were funding the Yemeni Civil War. At the time, over half of the population did not have adequate access to food or water and civilians were constantly dying. It is considered the largest humanitarian crisis in the world.

During that month, a ceasefire was broken and the war restarted again. Many members of my team, me included, had a moment of happiness because finally, our arguments made sense. Our joy lasted for one second before the actual impact sank in and we were ashamed of ourselves. That second has stuck with me for two years.

Now that insensitivity isn’t not excessively harmful when you’re a high schooler. You might say stupid, offensive things, but you can’t change people’s lives. But debaters grow up into adults who can change lives and if they consider those people’s lives like they consider victims of a nuclear device, then there’s a lot of damage to be done. Debaters often become lawyers and politicians, enabling them to have direct harms.

I’m not going to sit here and tell you debate is all bad, though. I’m a better researcher, problem solver, speaker and thinker than I was three years ago. But debate has taught me to be far more heartless.

I refuse to believe debate is unsalvageable. Debate isn’t about competition, it’s about learning. We are forced to consider two sides of an argument, making us understand perspective. And yes, it solidifies my views more, but when we understand both sides of an issue, it is far easier to reach real solutions.

So here’s my solution: Care. Care about what you’re arguing, care about the topic, care about people’s lives. It’s really not that hard but most debaters don’t even make that effort. Stop being in it just for the shiny silver plates and trophies and understand these topics actually have impact. Real life is not a thought experiment.