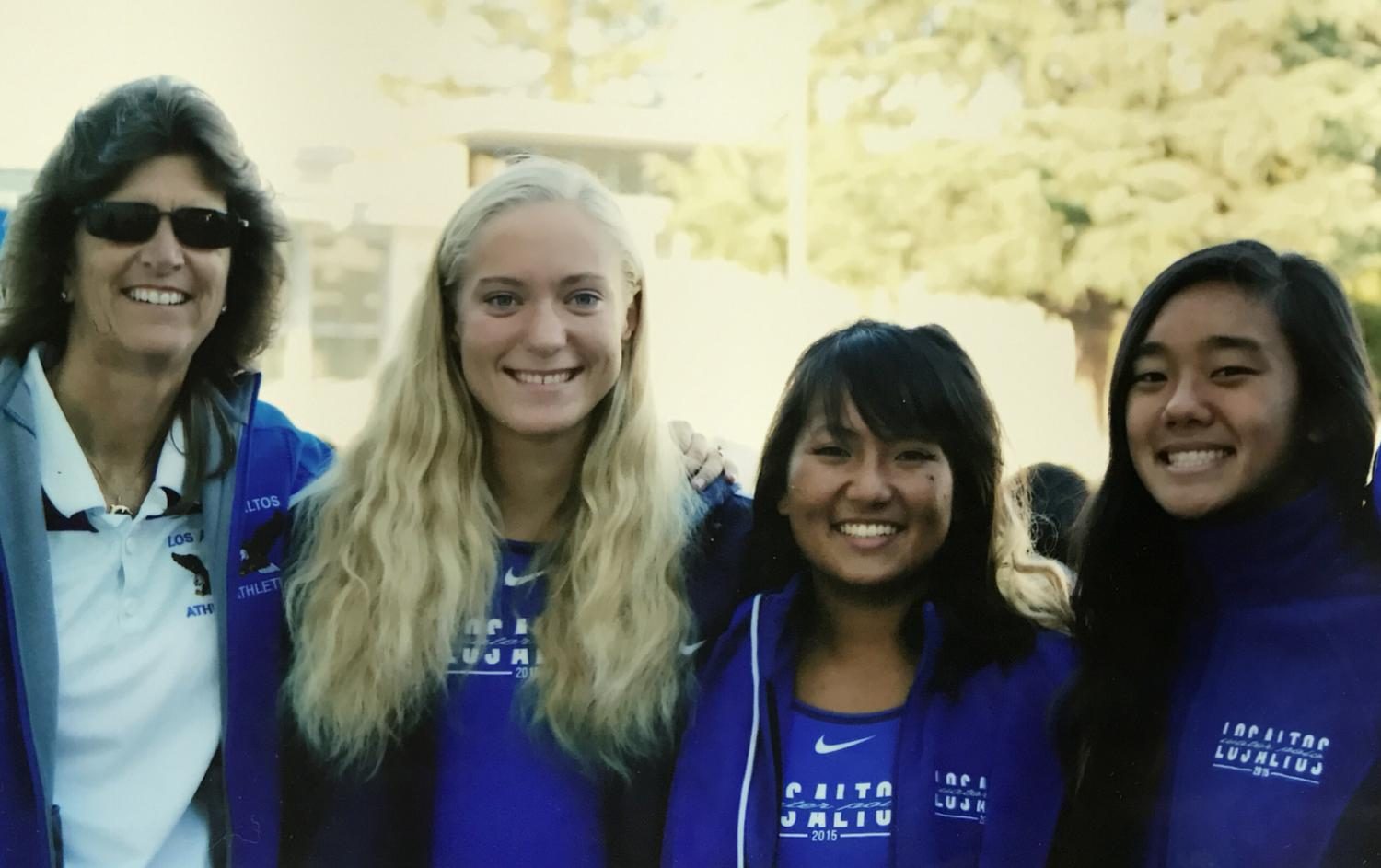 By Julia Santos and Rachel Lu

After working as the athletic director and a P.E. teacher at Los Altos for 11 years, Kim Cave will retire at the end of the 2016-17 school year.

“I thoroughly enjoyed teaching P.E. and being athletic director full time,” Cave said. “I’ve really enjoyed the athletes, the staff and the camaraderie throughout the years. It’s been a lot of fun.”

Along with managing department logistics, coaches and student-athletes, Cave spent much of her 11 years innovating new rules eventually adopted by the league and district. According to Principal Wynne Satterwhite, Cave transformed the program when she first began and brought it up to the next level.

“We’ve added sports under her,” Satterwhite said. “We’ve added coaches under her, [and] we have built facilities with her help. It’s been an amazing ride, it’s been so much fun.”

Cave’s retired to spend more with her family and hopes to move in with her son in Las Vegas. Her husband, Ralph Cave, who had previously worked as an assistant principal at Los Altos, retired five years ago and spends his free time travelling or with family.

“He’s… been doing all of these things that he wishes I could be part of,” Cave said. “After I retire, we’re actually moving to Las Vegas, which is where my son and his wife and their family all live — we’re all going to live down there.”

Cave’s career as athletic director is defined by a litany of achievements. In 2012, she added boys lacrosse to Los Altos’ roster of sports, followed by boys volleyball in 2013 and girls golf and girls lacrosse in 2016. In 2016, she helped with the construction of the new fitness center and new workout equipment.

“I just want to see our program and our athletes be successful, so I kind of go above and beyond to do whatever I can do to make that happen,” Cave said. “I feel that I want to give back to the athletes and their families that put so much into making the school and representing us — it’s such a great thing.”

According to P.E. teacher Kiernan Raffo, Cave spent hours of dedication pushing beyond her job description. She looked to attend all games, whether they were home or away, and observed practices periodically to check up on players and coaches. For her, many work days end late at night.

“The amount of hours she put in…” Raffo said. “She works at 6 a.m, and she doesn’t leave until 8, 9, 10 p.m. depending on the night. She goes above and beyond the call of duty. That’s not in the job description that she needs to put so many hours in, but she’s so passionate about it.”

Cave’s work at Los Altos has also led to new league-wide policies. As athletic director, Cave stepped up enforcement of a mandatory one-week athlete break policy, and ensured that all coaches were aware of the rule when deciding the practice schedule. While controversial at first, the decision proved beneficial and other schools around the area implemented similar rules.

“We looked at [students’] holidays, [because] people were having voluntary open gyms and practices,” Cave said. “But they weren’t really voluntary, because if you weren’t there, you weren’t playing in games. We said, ‘Let’s take a week, and let’s just give it back to the family,’ which coaches actually started liking too because they had families as well.”

According to Satterwhite, Cave specializes in noticing details like this to improve student-athletes’ lives.

“I don’t even think words can describe all that she has done,” Satterwhite said. “She’s always there, she anticipates things before they happen, she makes sure that problems don’t even occur. So most people don’t realize all of the work that happens behind the scenes to make sure that it looks and moves as smoothly as it does.”

While Satterwhite and Cave, with the help of coaches and student athletes, are already in the process of hiring the new athletic director, Cave’s contributions to Los Altos will be hard to forget.

“I just think this is a huge loss for Los Altos,” Satterwhite said. “Not that people aren’t replaceable, but you don’t find very many people like Kim Cave. She cares, she’s willing to do the work and she’s willing to put the time. Those are unique qualities, and I’m going to miss her. We all are.”