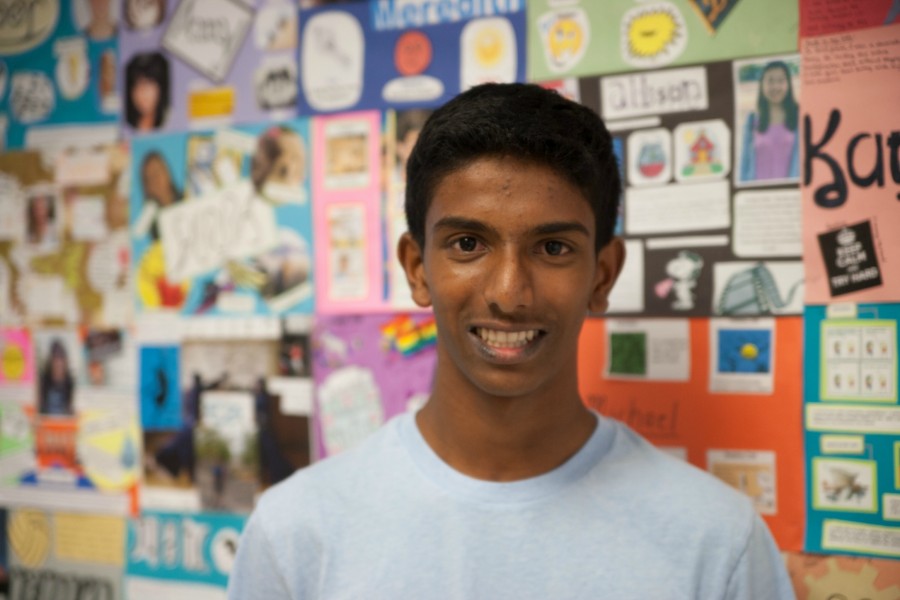 On Sunday, March 15 at 7 p.m., KOSC (90.3 FM) will broadcast the 301st show of “From the Top,” a weekly National Public Radio (NPR) program that showcases classically trained musicians from ages 8-18. This episode, recorded on Saturday, February 14 at the Caroline H. Hume Concert Hall in the San Francisco Conservatory of Music, will feature junior Ashwin Krishna as part of The 24 Strings guitar quartet and their performance of Gustav Mahler’s “Von der Jugend.”

In spite of the prestige that comes with being featured on “From the Top” and the fact that it is recorded in front of a live audience, Ashwin found that he was surprisingly calm for the performance—mainly because this episode marks Ashwin’s second appearance on the show. He first performed a guitar solo followed by an interview on the 250th show of “From the Top” at Carnegie Hall in New York in 2012.

“[The recording] was more of just a regular concert because I had already been on the show,” Ashwin said. “Last time, I had to go to New York and missed school. This time it was just on a Saturday evening at the place I usually go on Saturdays.”

Last December, The 24 Strings decided to apply as a group to be on “From the Top” despite their slim chances—the show usually only features at most one quartet per episode. They submitted a recording of “Von der Jugend” and, within the same month, learned that they had been selected to be part of a special concert hosted by the Conservatory and recorded by “From the Top,” exclusively featuring Conservatory musicians.

“I was definitely excited to have been selected,” Ashwin said. “But, since I had already been on the show it was more just like, ‘OK I’ll just be doing this again.’ I wasn’t nearly as excited as I was the first time.”

However, the recent San Franciscan show provided a completely different experience. This time, Ashwin played in a quartet instead of solo and didn’t get a chance to talk.

“This time was more relaxing because when performing in a quartet, there are three other people with you and it’s not just you by yourself,” Ashwin said. “The only thing was, I didn’t get to talk. I mean, if you’re on NPR, you at least want to hear your voice, and last time my voice was like 10 times higher than it is now [because I was younger].”

During his second appearance, Ashwin was also introduced to the Arts Leadership program, which focuses on inspiring communities through music. In New York, Ashwin did not participate in the program due to a lack of arranged activities. This time around, Ashwin and the other featured musicians spent a day performing at two San Franciscan elementary schools, Malcolm X Academy and Jefferson Elementary.

“Now it makes sense why ‘From the Top’ is so involved with the Arts Leadership program,” Ashwin said. “Now I’ve seen the underprivileged schools that don’t have access to this music and the effects that the music has on them even though they haven’t had the opportunity to play themselves. I think that just shows how powerful music is.”