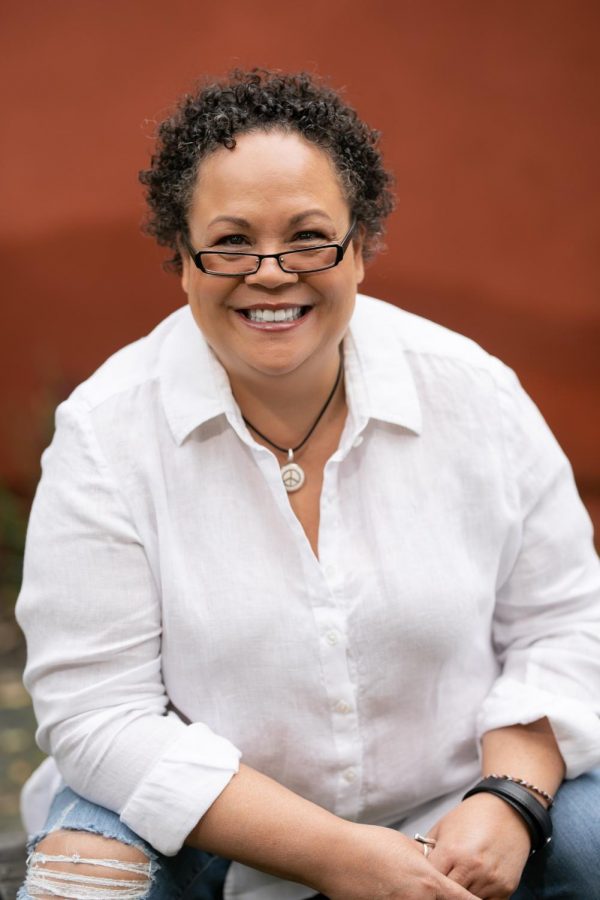 With a passion for helping others achieve their full potential, non-fiction writer Julie Lythcott-Haims has dedicated her most recent book "Your Turn" to aiding young adults navigate their uncharted futures. Lythcott-Haims will engage with a panel of LAHS students in a conversation about her book on Wednesday, March 3, which will be released in April of this year.

As a high school junior embarking on her journey into adulthood, non-fiction writer Julie Lythcott-Haims was set to pursue the one career she thought would bring her success: law, to amplify the voices of underrepresented groups.

Little did she expect a future of numerous career swaps that would help redefine her narrow view of success in adulthood, let alone that she would publish best-selling books providing insight on achieving that self-realization.

Although she had an interest in social justice as a young adult, Lythcott-Haims found herself getting jolted around the competitive field of law, ending up in the position of representing large corporations and companies she dreaded.

“I was so insecure as a young woman of color that I felt like I had to work in the corporate world where I established my position successfully, even though it wasn’t why I originally wanted to practice law,” Lythcott-Haims said.

Realizing that her position didn’t resonate with her, Lythcott-Haims became a Stanford dean and university administrator. With the intention of helping others achieve their full potential, she advised college students who were navigating a key checkpoint in their own lifelong journeys.

In growing from the work she’d accomplished throughout both of these careers, Lythcott-Haims found herself turning to writing to express her personal truths and discoveries. She fell in love with writing’s ability to artistically capture her life’s experiences, struggles and lessons, so she returned to school well into adulthood to earn a Masters in Fine Arts and Writing from the California College of the Arts in San Francisco.

Starting the research process for her first book, Lythcott-Haims noted the common suffocating influence of parents on their college students that she had observed throughout her 14 years of deanship. Feeling a personal connection with the topic as a self-proclaimed (almost) helicopter parent herself, Lythcott-Haims wanted to expose the negative impact of overbearing parents on the youth she’d seen in her hometown of Palo Alto, on her school campuses and even within her own home.

“I was seeing helicopter parenting everywhere and railing against it, telling parents ‘Let go, please back off. They’ve got this,’” Lythcott-Haims said. “Then, as I leaned over to cut the chicken on my son’s plate when he was 10, I realized I’m one of those parents. We’re supposed to be giving them opportunity after opportunity to do more for themselves. We eventually have to set our kids down off our shoulders.”

Through her years of on-campus dean work, hundreds of conversations with swaths of adults and her own experiences as a parent, Lythcott-Haims published her first book “How To Raise an Adult.” She has since gained an expansive perspective into what the secrets of “adulting” may be.

Lythcott-Haims has followed up with a sequel titled “Your Turn,” coming out this April. She intends to share her own takeaways and memoirs meshed with the narratives of dozens of other adults ranging in age and experience to give advice to young adults looking toward an uncertain future.

“I incorporated so many other people [in the book] to show that there is no one path, that everyone lives life differently and that’s valid,” Lythcott-Haims said. “I wanted it to reach readers who are neurodivergent, gender queer, trans, black, Latino, Native, those who are immigrants or struggling with mental health, to not look over the reality of all these different communities, and be inclusive of all these ranging, real lives. I want to help young adults claim their own voice, make their own decisions and shake off the notion that it’s up to anyone else what they do with their life.”

In shining a light on the beauty of unconventional narratives, she hopes readers will begin to view life as the perfect opportunity to experiment and focus on growth, instead of fixating on a superficial end goal.

The writing process for this book was enduring, as Lythcott-Haims had failed to find her particular insight on the content for three years prior to publication. She’s come to acknowledge that she didn’t write “Your Turn” to pretend that she has the right arsenal of answers to adulthood — no one can be a true expert in the subject. Rather than trying to dictate the proper way to navigate adult life, Lythcott-Haims found her voice by simply offering observations from her explorations off the beaten path.

Lythcott-Haims is set to engage with a panel of LAHS students in a conversation about “Your Turn” on Wednesday, March 3, at 7 p.m. She’s all ears as this group will serve as the first round of feedback on her work from her target audience.

“I hope, dear reader, that you will see on these pages content that you can relate to without feeling judged, that you’ll feel seen and supported and can get some advice for how to move forward,” Lythcott-Haims said.