Jordan Rosenberg: from actress to playwright 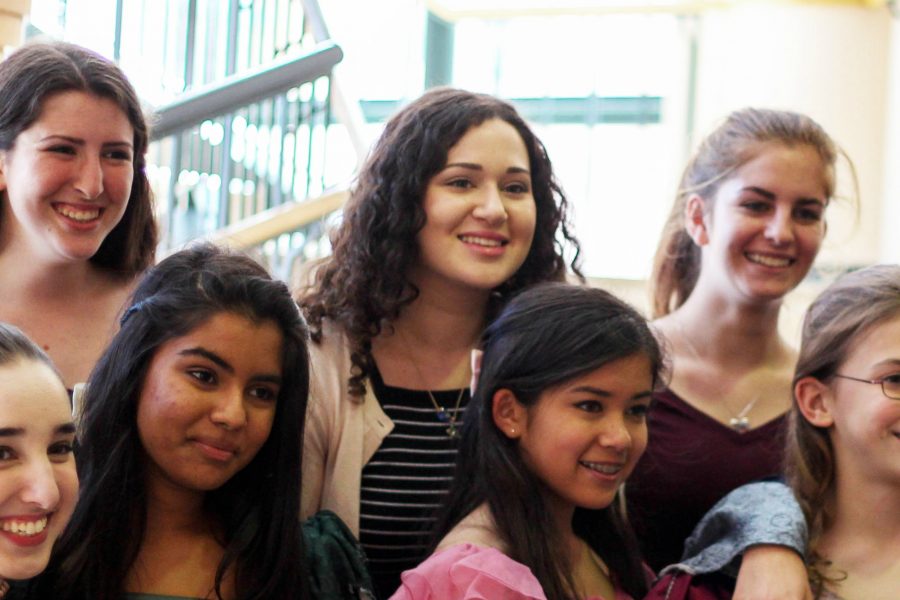 Since the age of eight, theater has played a significant role in the life of senior Jordan Rosenberg. After focusing on acting for eight years, Jordan began to explore her interest in playwriting when she got the idea to write a play using her previous experiences as an actor.

“I thought a lot about my personal experiences performing…and I wanted to pull together what has led to some of my best experiences in Stories on Stage (SOS) and put them into one show so that the next generation of SOS-ers can have those experiences too,” Jordan said.

Recently, she adapted the book “Royal Princess Academy” by Laura Joy Rennert and be- came the first student to have a play shown at Peninsula Youth Theater (PYT). The play was shown at PYT on Friday, November 4 and Saturday, November 5. Jordan’s idea to write a play initially developed last December when she chose “Royal Princess Academy” as the book to adapt. Choosing this particular book to adapt made sense because she knows the author personally; the characters in the book are based off of Jordan and her friends when they were younger.

“When I was little I had this group of friends and close family friends, and one of the moms was a literary agent who also writes some children’s books,” Jordan said. “The book’s very close to my heart because there’s a character named Jordan and characters named after all my friends… I also really like the message about being yourself and not trying to act according to social norms.”

In order to actually write the play, Jordan obtained the rights to adapt the book and then talked to the director of PYT to see if it was possible for her to write a play for the program.

“The executive director of PYT wasn’t sure if she’d let me [write a play] since they’ve never had a student write a script before, and they weren’t confident this was something they would allow,” Jordan said. “I worked with her on writing a few sample scenes to show her my style and my vision for the show…and in March or April I got the official okay. I wrote the rest of the script mostly over summer.”

Because the book is narrated in first person from a character named Emma, a large obstacle Jordan faced while playwriting was distributing the dialogue evenly among the actors.

“One problem I faced was that since Emma narrates the book, 90 percent of the lines were Emma’s at the beginning,” Jordan said. “The other actors would say a few things here and there and that wasn’t working, so I went through and figured out which lines could be other people’s and what Emma could react to rather than just narrating to make [the show] a better experience for the actors in the show.”

While there may have been obstacles, Jordan found the process worthwhile because it allowed her to give back to the community that had already given her so much. A major motivator for Jordan throughout the playwriting process was her desire to use her experience as an actor to create a show that would be interesting for both the audience and the actors. She sees playwriting as something not just for the audience but also for each actor.

“People might not realize that I was really focusing on writing [the play] for the actors,” Jordan said. “Making sure every actor, no matter their character, had an engaging experience was really important to me. I thought of a few different ways [actors could develop] their characters because that’s what has made theater a really great experience for me, and I wanted other people to have that too.”

Although Jordan doesn’t consider playwriting as a professional interest, she’s realized that she might be more interested in playwriting projects in the future.

“Playwriting was a way to expand on my theater passion in [PYT], and I had so much fun with this project that I can see myself trying my hand at a few more shows in the future or developing this interest into something different down the road,” Jordan said.