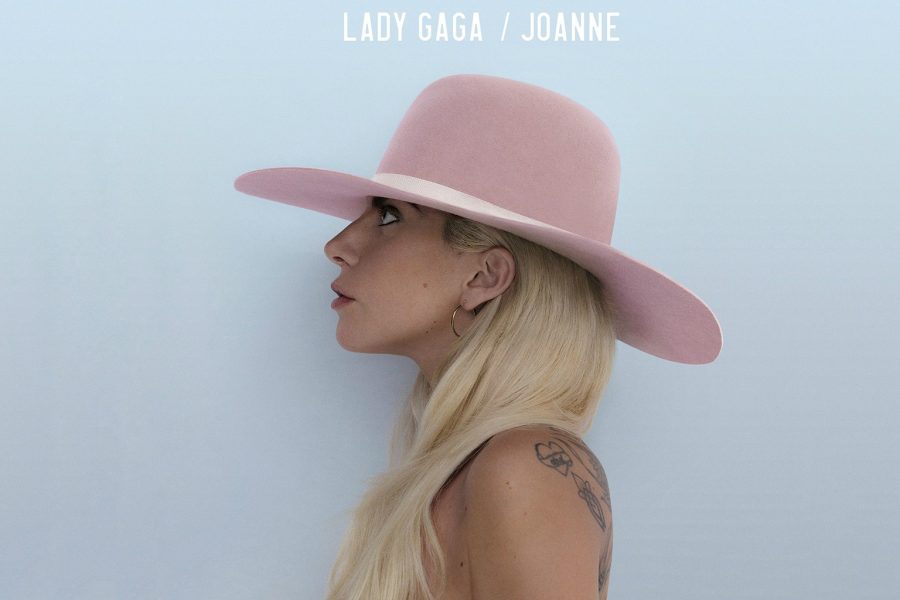 Lady Gaga, born with the name Stefani Joanne Germanotta, has defined most of her career as being a “pop diva.” Her outfits are over the top, and her songs are instant hits and commonly make number 1 on many charts. But her approach to her recent album entitled “Joanne” is much different. The new album isn’t sprinkled with top chart hits, over the top ballads, or anything that has made Lady Gaga a signature name in pop culture. The album reflects a new style for Gaga, one that shifts the tone from a typical “Lady Gaga” album, to an album produced by “Stefani Joanne Germanotta.”  At first, it might sound a little lackluster, like an album full of misplaced songs, but with a second or third listen, listeners will find a true connections to what makes the album a standout.

The “pop” aspect of the album jumps from alternative rock, to country, and never quite fits into one category. Songs like “A-yo” are clearly inspired by country, whereas songs like “Dancin’ in circles” take inspiration from previous Gaga pop hits.

“Hey Girl,” Lady Gaga’s collaboration with Florence Welch, is electric and is full of deep rhythmic vibes and solid vocals. It is a solid highlight from the album and an example of Gaga’s strengths in songwriting. The album harkens back to synth pop songs from the 80’s but with a kick-back tone.

“Giorgio Girls” soothes a listener with a steady guitar track mixed in with solid vocals and a steady beat. Throughout the song Gaga sings with the same guitar strum; the song itself is rather simple, but Gaga’s emotional vocal performance elevates the track and allows its meaning to linger with the listener. Overall the track has a laid back, emotional tone.

But the album has weaknesses. The singles “Perfect Illusion” and “Ayo” are some of the weakest songs from the album. “Perfect Illusion” has mixed vocals, ranging from a rock voice to a nostalgic pop sound from Gaga. The beat isn’t too strong, and the chorus never quite becomes compelling. Although somewhat catchy, it is nowhere near close to what Gaga’s previous tracks used to be. This will come as a disappointment to many old fans of her music.

“Joanne” is the most emotional song off the album, a stunning tribute to her late Aunt of the same name. This track is rooted with a beautiful guitar bass that dips and swerves up in tempo. Gaga’s voice is strong, and it holds its listeners in its grasp more intimately than any of Gaga’s previous tracks.

In many ways this album is produced by Stefani Germanotta, not “Lady Gaga.” Her new tone is extremely personal — Joanne is not only the name of her late aunt, but her own middle name. It is a refreshing step forward in Gaga’s music career and it adds a new tone to her music. While her old tone ranged from catchy pop to unique synths, her new album reflects upon a much more melancholy sound of strumming guitars and vocals.

Many will not like this shift, and it is a sharp one. Gaga’s previous hits seem to have been forgotten in this album. The only songs that might provide a sense of nostalgia are “Dancin’ in Circles” and “John Wayne,” but even these don’t strike the same chord as “Poker Face” and “Bad Romance” did back in the day.

“Joanne” is an impressive album, and is a step up from Gaga’s previous record, “Artpop.” At first listen, listeners might question Gaga or Stefani Germanotta’s new tone. But once fans or listeners give “Joanne” a second, third, or eleventh listen, they will find true substance in the songs. “Joanne” isn’t a complete album in the sense that not every song works together, but the songs that do flow combine amazingly well to make some truly great music.