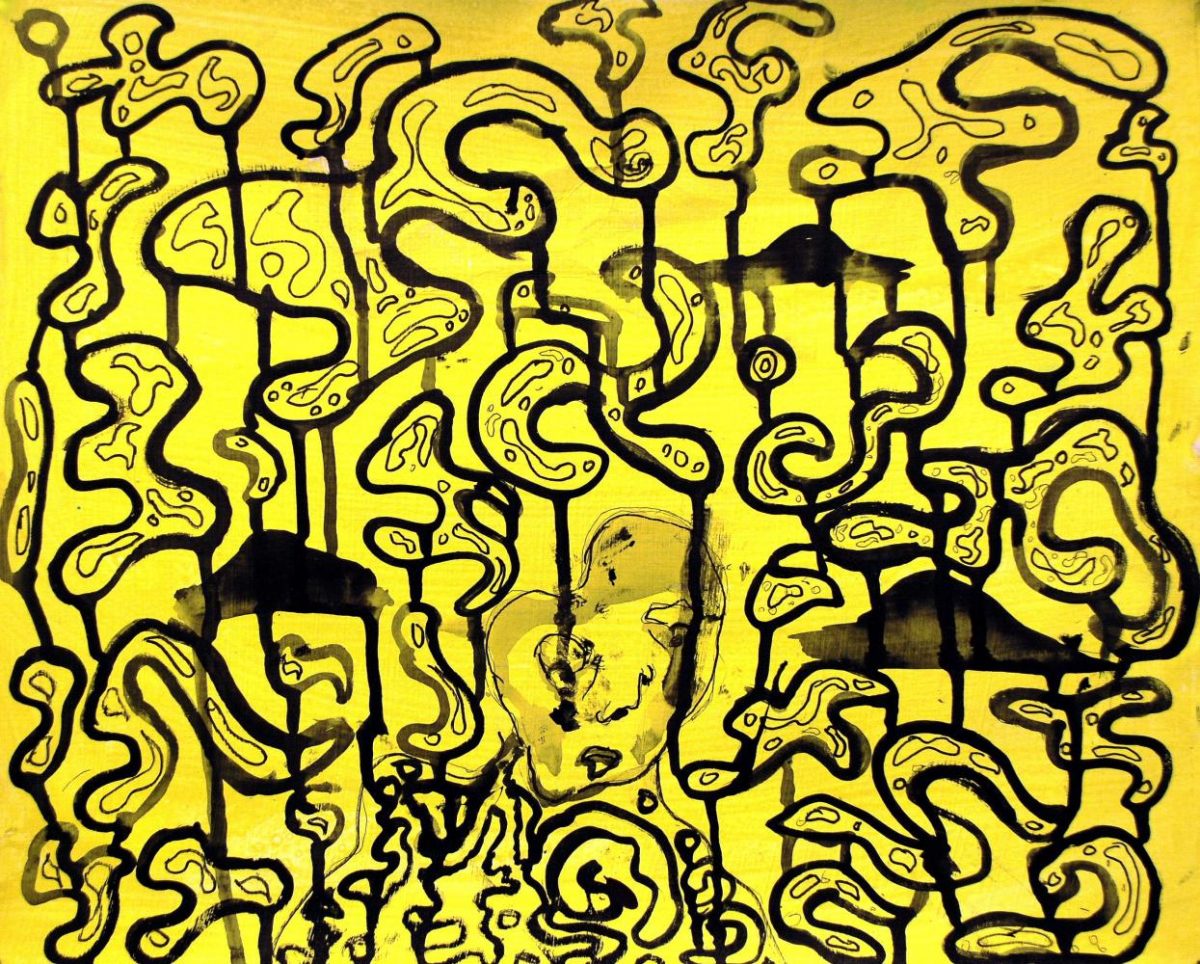 You’ll usually find senior Jenny Delgado with her fingers stained with various shades of paint — she finds it easiest to communicate ideas through art. The love for art comes from Jenny’s childhood, when she discovered art after having difficulty communicating in English.

“I am first generation and didn’t know English when I was in preschool, so arts and crafts has always been a way to communicate,” Jenny said. “I didn’t really have as many friends due to communication, so I always stayed in for recess and did arts and crafts.”

Today, Jenny expresses herself through photography, videography, acrylics and watercolor. Many of her skills have mostly been self-taught — her first painting class wasn’t until her sophomore year. Yet she’s put her artwork up in UCLA’s art museum and sold work to Haiti Club for money. She finds creating artwork a therapeutic process, and it’s still her way to express ideas she wouldn’t otherwise be able to.

“Art is what keeps me sane,” Jenny said. “Other than that I don’t know how I would express myself ever.”

It’s also a form of independence. Jenny fully embraces the idea that “you only live once” because she believes society often causes people to hold themselves back.

“YOLO is so true though because some people don’t wanna go full out,” Jenny said. “But you’re an artist, so you should be able to express yourself — just do whatever you want. [People are] so scared, they are limited. They’re always stuck in [the] perspective [in which] they are always worried about how society and others are going to view them. And it’s like ‘Why do you care?’ At the end of the day why does it affect them?”

Jenny’s artwork finds inspiration from expressionism, which embodies the articulation of emotion rather than having focus on external world factors, and symbolism. She tells stories through art, and tries to make those stories genuine reflections of her experiences.

“To me being genuine is key,” Jenny said. “I don’t want to make anything up, I want to express something bigger. I’m always telling a story so in a way it’s a different language without any wording in it.”

Her own drive to create, combined with her outlook to follow her instincts rather than the judgment of others, has earned her great opportunities — most recently, entrance to a summer program at UCLA last summer. The program accepts 60 students a year, and Jenny didn’t expect to get in.

“I was just really intimidated by the description,” Jenny said. “But I went to school there for two weeks, I got to have my art displayed at UCLA’s art museum.”

Jenny follows her own instincts and isn’t held back by the fear of judgment, and for her, it’s resulted in creative success. The contrast between her art and her peers’, Jenny says, lies in her experiences as a first-generation student.

“I see kids who are spoiled, and I see their art pieces, and there’s no inspiration at all,” Jenny said. “When you’re first generation, there’s that pressure that influences and gives you a lot of perspectives… In a way it’s a catalyst.”