“Jem and the Holograms” Fails to Fulfill Potential 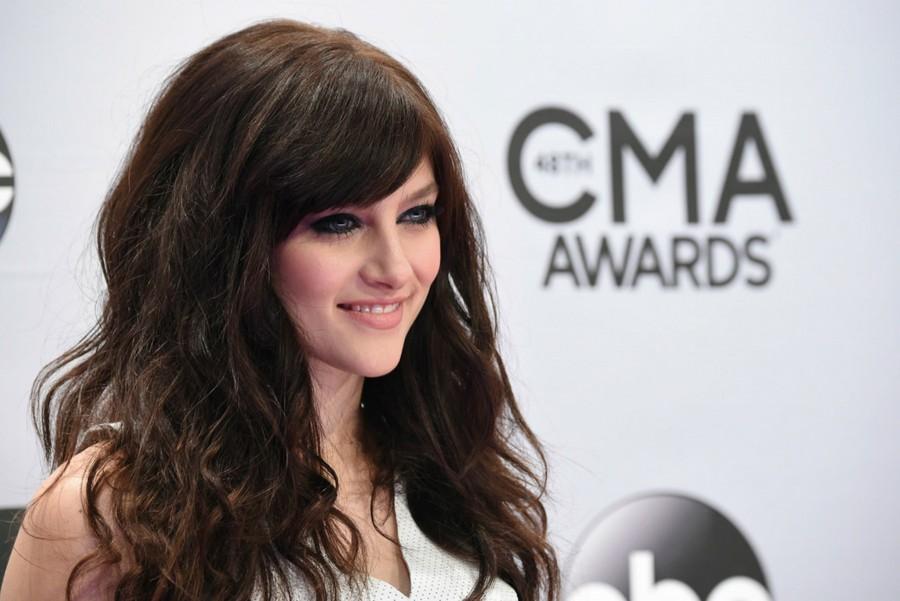 Watch a film for children or pre-teens that was made in the past several years and it is bound to induce a level of nostalgia. A select few, like “Frozen” or “The Princess and the Frog,” serve as reminders of the stories of childhood and the wonders of the imagination. But most of them just remind me that Disney-Channel sponsored “Ice Age” spinoffs filled with Minions have ruined that legacy and are currently at work on chipping away at the souls of our children, one yearly installment at a time.

“Jem and the Holograms” manages to avoid the lows of the latter group of movies quite well. But it fails to rise to the heights of the former.

Its premise is actually promising. Aunt Bailey, who takes care of two orphaned nieces in addition to another pair of adopted sisters, has been running a clothing store to support all four girls for as long as they can remember. However, bad sales leave the family with an eviction notice and nowhere to go. Bailey’s daughter, Jerrica, resolves to find a way to support the family.

This creatively wrought plot device takes inspiration from the 80’s cartoon that the movie is based on, priming the movie to deliver strong female roles that made the original show so great. But while it should set up its protagonists for the perfect female-empowerment alley-oop, the film ends up botching the entire process and sending the ball flying into the faces of its spectators.

Moviegoers are unlikely to be thinking about any of this when they walk out of the theaters. In a time without internet critics and social media responses, one could conceivably have watched the movie and never thought too critically about its internal logic or the message it sends kids. “Jem” is reasonable fun on its own terms. In a but kids’-movie-appropriate fashion, the performance-shy Jerrica records herself singing and playing guitar for the first time the night she learns of the impending eviction, and when her sister Kimber secretly uploads it to YouTube, the video becomes a literal overnight sensation and prompts legendary label head Erica Raymond to seek her out. Because Jerrica disguised herself as “Jem,” an alter ego who wears outlandish, 80’s-styled makeup and costumes, the public has no idea who she is, and she spends much of the movie trying to decide whether pretending to be “Jem,” who has confidence and style that she does not, is right for her.

The movie itself is simple, good-natured fun. Sure, the script gets corny, but it never becomes cringe-worthy. Sure, the characters never grow particularly deep, but seeing them try to deal with conflict and succeed as sisters is an enjoyable ride. The movie may suffer from a plot that often caves under scrutiny, but always in service of pitting the sisters against the bullying Erica Raymond. The movie is focused on being a family-friendly matinee flick, and at this it manages to succeed, but it disappoints because it fails to deliver on something that could have been so much better.

The first half looks a lot more like that ideal movie. Even as Jerrica begins her rise to superstardom, it keeps its focus on her relationship with her sisters and her adjustments to trying to be music star. Jerrica and her sisters are interesting enough and have enough chemistry to keep up banter and a charm that keeps the movie rolling. It simply fails to pay off in the second act.

The cinematography is a perfect example. The film spins an aesthetic that is frequently beautiful, each frame a photograph of its own, with an especially pleasing use of color. But viewers will occasionally notice that the style is unconventional and occasionally awkward for a movie, and by the second concert sequence, it becomes suddenly clear why. Director John M. Chu is an ace at the art of the music video. The concert sequence gives the impression that a beautiful and altogether more cohesive music video was plopped into the middle of “Jem,” making brilliant use of color and an unmistakably music-video-esque use of cutting. At the song’s breakdown, Jerrica is shown leaving the stage and lying on a couch in various brokenhearted poses in a way that brings to mind virtually any pop music video today. An even more beautiful scene is an underwater swimming sequence that makes brilliant use of bubbles, colored light, and the figures of the actors. It just goes to make viewers wish that Chu had spent more of the film’s runtime on the concerts.

The main idea of the movie had great potential in speaking to a young generation. At its outset, Jerrica poses the question: do we use social media to hide our true selves? Her inner conflict over her dual lives as Jem and Jerrica indicate a central focus on that single idea; Jem is outspoken, confident, and always having fun, precisely the traits that users of social media try to feign. But because the Jem of the 80’s show, like Hannah Montana, does not want to deal with the consequences of revealing her identity and dealing with fame, the movie is co-opted into having Jerrica do the same, completely negating any point that Chu might have tried to make.

There is also a pointless side plot about S1N3RG.Y, a robot Jerrica’s father built before he died. The robot, seemingly dead for over a decade, suddenly activates once within Jerrica’s hometown of L.A., leading the girls across the city on a scavenger hunt to find missing parts hidden by her father. The side plot is almost pushed to the side; it is the one holdover from the old show’s futuristic theme, but that “Synergy” was an artificial intelligence with a personality who gave the girls holographic costumes, not the lifeless and frankly pointless piece of junk that it is in this movie. It is clear that the directors made efforts to reduce Synergy to having as minor of a role as possible; while its existence does end up fuelling the major tension and climax of the movie’s second half, the robot itself has little to do with any of that conflict. The action would have been better explained by almost any other plot device.

And that is exactly the problem with “Jem and the Holograms.” The movie actually seems to be burdened with the franchise it is expected to reboot. First of all, with the expectations on which it was supposed to deliver: why encourage fans of the original show to be excited at all when the movie sacrificed almost all of that show’s story? Why make decisions like including the robot when it lacks any cohesion with the movie and simply takes up time that could have been better spent on Jerrica and her sisters? Why keep Jerrica’s identity secret in order to be faithful to the show when revealing her identity could have taught younger kids an insightful point about the nature of social media? Why not spend Synergy’s screen time on music videos when those videos are honestly top-notch?

These are the questions that prevent “Jem” from becoming a hit and a film with staying power. Regardless of any failures it makes to empower its female characters, and even regardless of the morals it teaches about social media and identity, the film fails because it is unable to reconcile its vision with the show that it tries to pay homage to. History has shown that strong female roles are no indicator of a film’s staying popularity or even its actual quality. Great films can and have been made with disempowering female role models, but “Jem and the Holograms” simply never gets the time to do all it wants to and ends up wasting Chu’s vision and the franchise on a marriage that will never work. It does not cripple the movie. It just prevents the movie from being something that could have been so much better.

At this point, the lack of female empowerment is just icing on the cake. Jerrica, for all her stardom and her inner conflict, never actually does anything to affect her own destiny. The search for Synergy creates the illusion that she takes action to help her own situation, but all she does is use a GPS to find its parts. In her own life? For her own family? All she does is write the music and go where Erica Raymond takes her, and when she needs to slip out of Raymond’s grip, a man does it for her. Erica Raymond, for her part, is a woman who actually does things. She’s independent and free-willed, and even if she is a bit of a bully, she’s certainly the only strong female character of the lot. Despite the fact that she never does anything to Jerrica other than support her while playing a hard bargain, at the end of the movie, Erica is demonized and thrown out of her company. Jerrica, meanwhile, does nearly nothing to inspire the young girls watching her, and she ends up being saved by a man. It could be argued that this was necessitated by the already twisted plot Chu had to create in order to fit his vision and the franchise in one movie. But that is when he should have thrown it all out and started afresh.

“Jem” is a movie that wanted to, and could have, succeeded at many things it did terribly at. It may be worth a theater trip if the kids are aching for such a film. But if all they want is the female role models and the music, then a few more rewatches of “Frozen” are a better bet.