Bravery in professional sports is a funny term. It evokes memories of players like Minnesota Vikings running back Adrian Peterson battling through intensive rehab from a severe knee injury to shatter NFL records. It brings back thoughts of Derek Redmond’s inspirational finish with his father in the 400-meter run of the 1992 Olympics. For many Bay Area fans, it brings back memories of Buster Posey’s incredible 2013 season, where he returned from a crippling injury to become the league MVP.

But, as of Monday, we came to know of bravery in a new light when a 34-year-old NBA center, Jason Collins, made the decision to open up about his homosexuality, making him the first professional athlete in the big four American sports, that is, football, basketball, hockey and baseball, to come out as gay while still playing.

In coming out as homosexual, Collins displayed the kind of social courage that has never been exhibited by a professional American athlete in the twilight of his career. He’s placed himself firmly under the media and societal microscope to be scrutinized like no other athlete has ever been. He has displayed unique courage, not just for what he’s done on the court, but for a monumental choice to come out in an arena, professional sports, that is so lagging behind the rest of society with homophobia continuing to be an almost accepted part of sports culture.

Athletes like San Francisco 49ers cornerback Chris Culliver, who has since worked with LGBTQ+ youth in the Trevor Project to ostensibly educate himself about sexuality, express the kind of corrosive homophobia that exists in sporting locker rooms.

“No, we don’t got no gay people on the team, they gotta get up out of here if they do,” Culliver said in an interview with radio host Artie Lange just a few days prior to Super Bowl XLVII.

Homophobia exists in sports locker rooms, where athletes are often in close proximity of one another and often interact with one another on a more “intimate” level than most co workers, that is to say, working out together or  showering near one another. Homophobic athletes exercise unwarranted hate and bigotry to combat their fear of acceptance of individuals whose different sexuality threatens the supposed “norm” of sexuality inside the locker room.

Or as Culliver himself so eloquently put it later in the interview:

“Can’t be with that sweet stuff. Nah…can’t be…in the locker room man. Nah.”

Reports have come out in the past months that as many as four active NFL players have considered coming out collectively. Baltimore Ravens linebacker Brendan Ayanbadejo, who works as an advocate for full acceptance of the LGBTQ+ community, especially in the sporting world, discussed the potential of NFL players coming out to break the barrier before Collins came out.

“We’re in talks with a handful of players who are considering it,” Ayanbadejo said. “There are up to four players being talked to right now and they’re trying to be organized so they can come out on the same day together. It would make a major splash and take the pressure off one guy.

Collins’ decision has, deservedly, been met with widespread support, with colleagues of his like Lakers shooting guard Kobe Bryant tweeting out support and President Barack Obama personally calling him to congratulate him on his immense courage in making his choice public. Martina Navratilova, an 18-time Grand Slam singles champion, who came out as lesbian in 1981, lauded Collins’ decision as a “game-changer.”

“Remember Reggie White?” Navratilova wrote in a Sports Illustrated piece. “In the ’90s, the [Green Bay] Packers star appeared in a newspaper advertising campaign to persuade gays and lesbians that they could “cease” their homosexuality. The NFL responded with … a lot of silence… Any revolution starts with a small step.”

But, of course, all the response toward Collins wasn’t flowery. ESPN analyst Chris Broussard called Collins a sinner for choosing the path of homosexuality.

“I’m a Christian. I don’t agree with homosexuality,” Broussard said. “I think it’s a sin, as I think all sex outside of marriage between a man and a woman is…If you’re openly living in unrepentant sin … that’s walking in open rebellion to God and to Jesus Christ.”

While Broussard has a right to express whatever views he has on the issues of homosexuality, we have just as much a right to respectfully disagree with his views. Fortunately enough for our generation, our school has clubs like Gay-Straight Alliance (GSA) that discourage the roots of such unfounded bigotry. The club is holding a day of support tomorrow, May 1, and is encouraging students to wear purple and pick up stickers in the quad in support of the LGBTQ+ community.

In the words of Collins himself, the support is tremendous in helping society move past antiquated standards of bigotry:

“I didn’t set out to be the first openly gay athlete playing in a major American team sport. But since I am, I’m happy to start the conversation. I wish I wasn’t the kid in the classroom raising his hand and saying, ‘I’m different.’ If I had my way, someone else would have already done this. Nobody has, which is why I’m raising my hand.”

And Collins certainly rose the collective hand on the behalf of the entire LGBTQ+ movement. 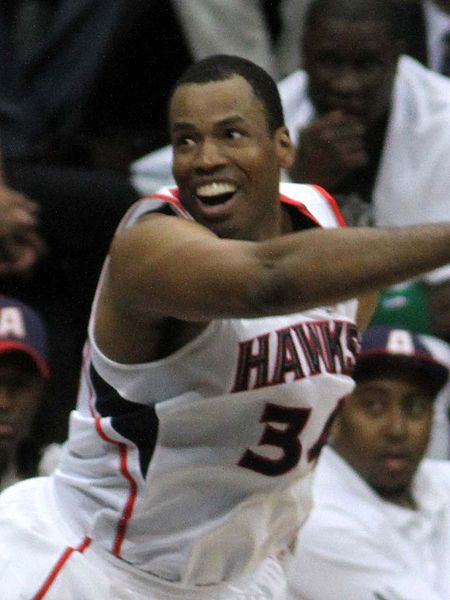