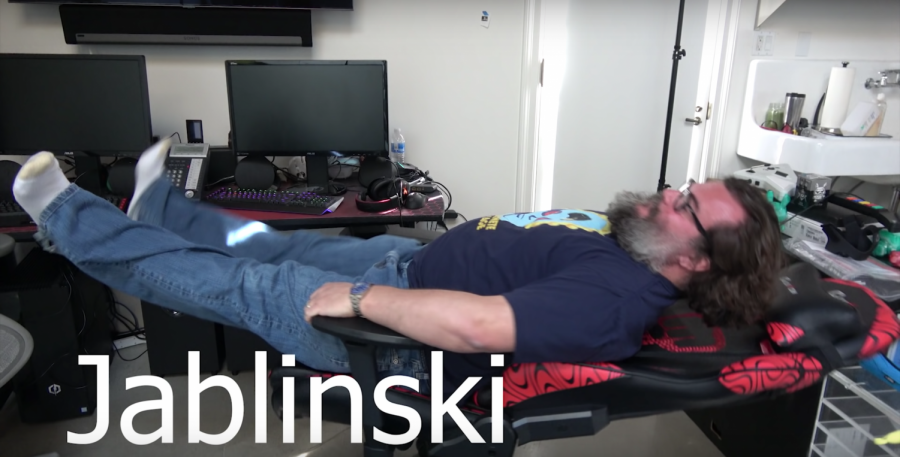 Several years ago, my parents asked me to watch “School of Rock,” a movie starring a man named Jack Black. With little initial interest, I reluctantly watched the movie with my family but found myself captivated by Jack Black’s character, and couldn’t stop laughing at his funny interactions with the other characters and his hilarious gestures and facial expressions. From that point on, I always found interest in whatever Black was up to next.

Today, this movie star has decided to create his own YouTube gaming channel called Jablinski Games as a side project of his, which is surprising considering he’s never gone beyond making music and movies. He claims that his channel will be both bigger than Ninja and Pewdiepie. Currently, Black’s channel has 3.8 million subscribers, with his first video reaching 10 million views. He and many other celebrities, such as “The Rock” Dwayne Johnson and Will Smith, are just beginning to find their spot on YouTube in hopes of climbing all the way to the top of the YouTube charts.

Jack Black created his YouTube channel in December of 2018, and immediately caught the Internet’s attention with his knowledge of popular meme trends and his same lightheartedness he carried in his film personas. His channel introduction video began with him in Pewdiepie’s custom designed chair, and eventually lead to him reclining the chair all the way (another one of Pewdiepie’s moves) with video game Undertale music playing, all of which are very popular within the online community. He also uses silly, made-up phrases such as “What’s Jablines Jables” as a way to give his viewership a sense of community that come to his videos to enjoy themselves.

As he further developed his channel, he began with filming vlogs of his daily life. Regardless of where he goes, he manages to turn the event into a specific experience instead of a daily chore that he happens to film. Black also made sure of one thing in the beginning of his very first video, saying “I just want to clarify that there is no production behind this. This is all my son. He’s holding me hostage and I can’t be tracer. Help…” Black clearly doesn’t want any fame or attention from his channel, and it’s purely for fun, and for the viewers to enjoy.

Overall, Black’s channel is wholesome and unique to his character. Black doesn’t want people to know him for his riches and success, but rather who he is as a person. His transparency makes him more relatable because his life is clearly one that any of us can have instead of one that is only exclusive to himself. His ability to connect with people of various ages throughout the internet makes him an upcoming YouTube star, but also as a figure that should be recognized beyond the limits of his YouTube career and for future generations to enjoy.

Black’s channel is only going up from where it is currently. By eventually adding modern games to his repertoire, a whole new world of content will be available to him. Black is one of the few celebrities that has integrated gaming as a key component of his channel, and with his comical personality even more people will eventually take interest in his content.  With this being said, Black will continue to find explore the various aspects of YouTube, and maybe someday his dream of becoming the biggest YouTuber may come true. For now, Jack Black has to stick to finding his missing Del Gato.