It’s time for a change, and that’s why I’m team “Tangled” 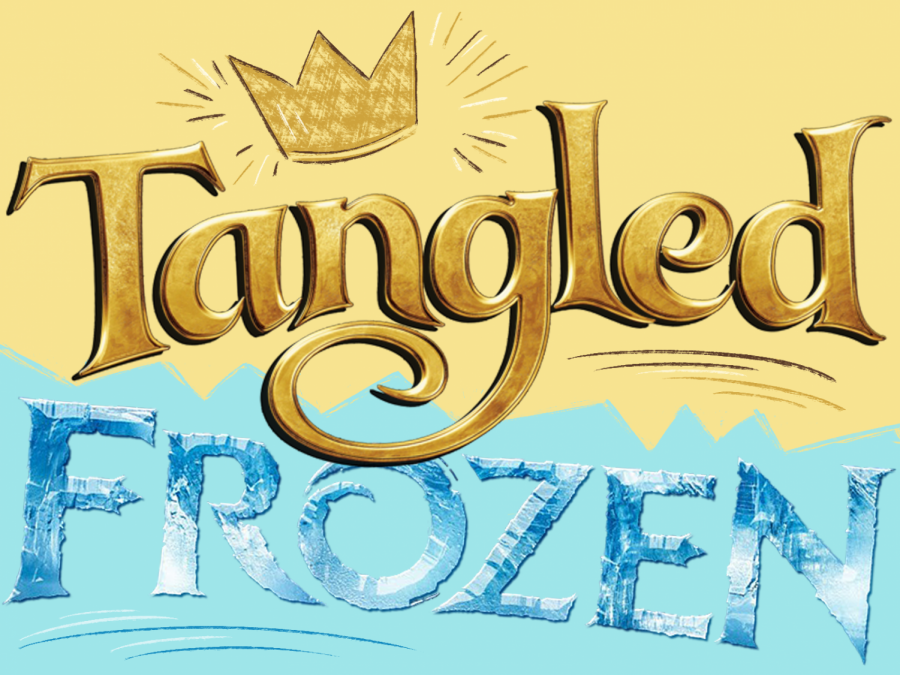 It’s been about two months since the Bay Area began sheltering-in-place, and we still have at least a few more weeks to go. With our families and siblings all cooped up inside, I’m sure many of you have been forced to sit through (or even be in the same room as someone watching) the adventures of Anna and Elsa again and again and again by your younger siblings. 2013’s “Frozen” has become a staple in houses with young kids, and with the release of “Frozen II” in 2019, the “Frozen” franchise is back with a vengeance.  But unlike many other stressors during these uncertain times, “Frozen” fever is one that’s easy to solve. The cure? Try watching “Tangled” instead.

2010’s “Tangled” is a very loose adaptation of the fairytale “Rapunzel,” a German fairytale by the Brothers Grimm. In “Tangled,” Rapunzel is a princess with magical hair who was kidnapped, raised and kept isolated in a tower by Mother Gothel, a witch. The day before her 18th birthday, Rapunzel decides to rebel against Mother Gothel and leave the tower so she can see the floating lanterns that are released every year on her birthday. She convinces (or more accurately, blackmails) Flynn Rider, an arrogant thief with a heart of gold, to be her guide, and together they set off on their magical journey of discovery.

The special thing about “Tangled” is its ability to entertain any age group, not just younger kids. It’s exciting and funny, and watching Rapunzel take control of her life (and drag Flynn Rider along for the ride) is always entertaining. Heck, I watched it by myself at 4:00 a.m. last week, and it still was just as good as it was when I was six—maybe even better.

As a teenager, I was able to appreciate parts of the movie that totally went over my head when the movie first came out, like the relationship between Mother Gothel and Rapunzel. Even after Rapunzel (finally!) realizes that Mother Gothel is bad news, she still feels some sense of loyalty and love to the woman who raised her, adding complexity to a relationship that could have been very black-and-white. In contrast, the relationship between Anna and Elsa in “Frozen” attempts to be nuanced, but ultimately boils down to Anna love Elsa, but Elsa no love Anna, then Elsa do love Anna!

Another place “Tangled” has got “Frozen” beat is in its love story. Flynn Rider and Rapunzel’s romance feels natural because their relationship revolves around the small details as much as the grand gestures. When Flynn (a thief) buys Rapunzel a gift instead of stealing it, or when Rapunzel plays tug of war with a horse to keep him from getting arrested, it’s impossible not to root for them to get together. And their relationship isn’t always serious; one of the funniest parts of the movie is when Flynn is (realistically) shocked that Rapunzel actually has magic hair.

All of these little details build up to a relationship that feels more authentic and well, more romantic, than Kristoff and Anna’s in “Frozen”. Besides the (very annoying) song “Fixer Upper,” there’s very little foundation laid for Anna and Kristoff’s relationship. In contrast, Rapunzel and Flynn Rider’s relationship is built up throughout the movie, coming to a crescendo during the song “I See the Light,” the perfect falling-in-love song that’s tender, sweet and just theatrical enough.

And speaking of music, “Tangled”’s soundtrack is way better than “Frozen”’s. Now hear me out, “Let It Go” superfans: Although “Frozen” has more than double the number of songs, “Tangled”’s soundtrack covers a broader range of styles and tones. “Frozen” only has annoyingly dramatic songs (for example, “Let It Go” and “For the First Time in Forever”) and sort of funny songs (like “Reindeer are Better than People” and “Fixer Upper”), which get really annoying really fast. On the other hand, “Tangled” makes full use of each of its four songs, which range from impactful ballads like “I See the Light” to humorous accordion pub music (“I’ve Got a Dream”).  And “When Will My Life Begin,” a song about how Rapunzel spends her days isolated in her tower, is the perfect social distancing anthem.

Younger audiences (who am I kidding, everybody) will love Pascal the chameleon and Maximus the horse, the best animal sidekicks of any Disney movie. Pascal the chameleon is a loyal companion, who would protect Rapunzel at any cost. And Maximus can convey more emotion with the scrunch of his snout and a flick of his ears than I thought possible for a horse. They have their own lovable personalities independent of Rapunzel’s, which Sven the reindeer does not (mostly because he’s basically an excuse for Kristoff to talk to himself).

And let’s be real here, Rapunzel’s powers are much cooler than Elsa’s. Really, all Elsa can do is freeze water. Rapunzel, on the other hand,  has 70-foot long song-activated magic hair that she routinely uses as a magic band-aid, lasso, rope swing and glow stick. And somehow, she keeps it untangled— something I can’t even manage with shoulder-length hair.

Now, I was going to give a small concession, something that “Frozen” might have outdone “Tangled” on. But honestly, I couldn’t think of anything. Sure, some might say “Frozen” has better animation, but “Frozen” was made with more recent, updated animation software, so is it even fair to compare? And if you are comparing, just think about all the work that went into animating Rapunzel’s insanely long hair.

Others might say that “Frozen” was revolutionary in its lack of a male hero, ultimately making it a more empowering movie for young girls, but I disagree. Rapunzel is far more capable of handling herself than most give her credit for. Armed with her hair and a frying pan, she was able to fight off the bad guys herself, and even save Flynn Rider’s life a couple times. And while a portrayal of sisterly love is indeed important for young girls to see, I’d argue that seeing a young woman figure out how to follow her dreams and learn how to take care of and trust herself is just as empowering. And, “Tangled” manages to convey the message of not letting your circumstances define you in a more lighthearted way, which takes a ton of skill.

So I guess this is all a long way of saying that next time you’re asked to watch “Frozen” for the 50 billionth time, whether we’re still sheltering-in-place or not, make a case for “Tangled”. I promise you won’t be disappointed.