Is this the swan song for music radio? 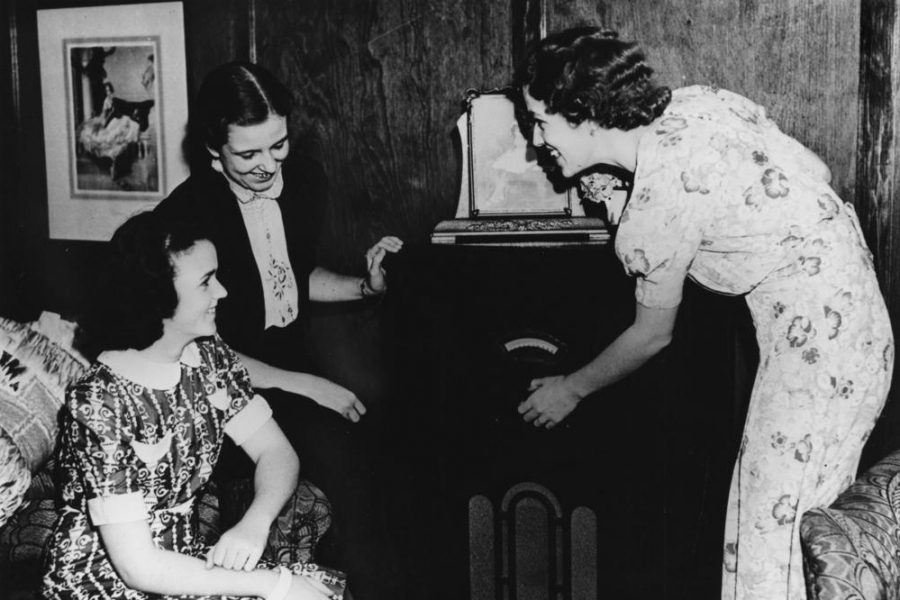 For years, the radio — that is, old-fashioned, AM/FM radio — has been on a steady decline. Though the number of Americans who tune in to the radio each week (93 percent in 2016, according to Nielsen Ratings) has remained steady over the past decade, that statistic belies a different story: radio no longer controls the lion’s share of listening-based media. Faced with competition from online streaming services, what was formerly the predominant attractor of American ears has been reduced to merely another player in the ever-expanding world of music consumption.

Compared to other forms of media, radio can seem outmoded, and in some ways, it is. But it’s worth remembering how the dominant form of mass media lost its relevance in a matter of years.

Radio faces escalating competition from multiple sources. In recent years, streaming has boomed; users streamed over 4 billion tracks in one week in 2014. And as online streaming booms, radio ownership is decreasing; an Edison research study in 2015 found that in the past eight years, home radio ownership declined by 17 percent, while over 50 percent of Americans listen to online radio. The use of online radio and streaming is more prevalent in younger listeners, forecasting growth for the streaming industry. A key reason for radio’s reduced stranglehold is the ease of music discovery provided by streaming services like Apple Music and Spotify, which provide a better version of the radio model. Instead of the 30-or-so stations available on a dial, consum- ers are now inundated with an almost endless array of choices.

These new services are revolution- izing how people find music. For early-20th-century families, radio broadcasts were a major source of home entertainment. It was a source of mystery shows, news and, occa- sionally, music. If you heard a song you liked on the radio, you’d buy a record at a local store and add it to your personal collection, a tradition that extended to cassettes, CDs and iTunes downloads. Compare that to the online model: based on what you’ve been listening to, a predictive algorithm will generate a playlist for you that you can browse for a monthly cost (or for free). Now, instead of relying on a no-name radio jockey to define their music taste, people can have a computer do it according to their personal taste.

As these services expand, the advantages of traditional radio grow slimmer. In efforts to further convert the most devout radio listeners, Apple Music launched with an online radio channel, Beats 1, that boasted an enviable list of artists, personalities and music insiders as hosts. So far, this new approach to the traditional radio experience has proven to be a success: Beats 1 is now one of Apple Music’s key selling points. Now, instead of hearing a local DJ whose voice could be a substitute for Ambien, listeners can tune in every week and hear stars like Drake or Dr. Dre spin their favorite tracks.

Radio used to be the go-to destination for people to hear the most-anticipated music of the month. Previously, artists would drop new singles or previews of their albums on select radio stations in attempts to generate buzz. But now, even that territory has shifted online. A number of this summer’s most-talked about albums — Kanye West’s “The Life of Pablo” and Beyonce’s “Lemonade,” for starters — were released exclusively to digital platforms, effectively scooping up listeners that may have previously been drawn to their local radio station to hear their songs. The only place people could experience the release of Kanye’s album was on Tidal. The series of updates that followed the release — weeks after it went live, West changed several songs on the album without warning — invited listeners to take part in an experience only available in the realm of streaming music. This trend doesn’t seem to be going away: in fact, it’s almost certain that this year will see even more big-name artists shunning traditional means of promotion in favor of the digital release.

For terrestrial radio, it’s time to face the music: newer, better options are beating it at its own game. Just like CDs eventually triumphed over vinyl, the likes of Apple Music, Spotify and Pandora will reduce AM/FM to the format preferred by the minority.

But, even with these newcomers threatening its relevance, people still do and still will listen to terrestrial radio long in the future, because it is available almost anywhere. Only an FM receiver is necessary to hear music on virtually every civilized area on the globe, and nearly every car and house in the world is equipped with one. It’s a constant entity, something that people can count on to wake them up every morning, accompany them to work and entertain them during the day. And there’s something to be said for that: in a modern world marked by constant change, radio isn’t going anywhere anytime soon.