Is it #CharliDamelioIsOverParty or just internalized misogyny? 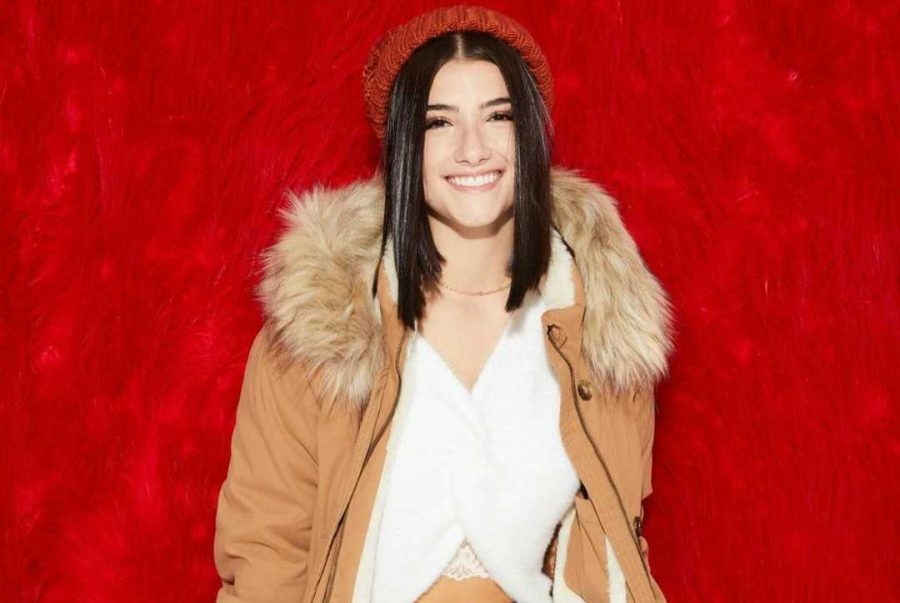 TikTok sensation Charli D'amelio poses in a holiday themed photo. Was the backlash she received after a certain youtube video warranted or misogynistic?

TikToker Charli D’Amelio sits at the dinner table with her family and their guest: makeup guru James Charles. She blandly asks for Dino nuggets in front of their personal chef and a gourmet paella, then later remarks how she wished she had reached 100 million followers a year after reaching one million.

All of this, including a rather unbecoming reaction to the snails in the paella on the part of Charli’s sister Dixie, was filmed and posted on the D’Amelios’ YouTube channel in mid-November for the internet to see. But I doubt Charli or Dixie expected the fall-from-grace, the death threats or the drastic plunge in followers.

The D’Amelio sisters are two of the most famous users on TikTok. After rising to fame late last year, the sisters have since expanded to other entertainment platforms, including YouTube. However, a recent video centered around the dinner party with the D’Amelios and Charles has prompted cancel culture to rear its ugly head.

For several days, it was all anyone talked about on TikTok. Charli’s follower count fell by a million — something that was gleefully tracked by the internet — and people filled her comment sections with fervent hate. She was labeled rude and entitled for her attitude toward the meal, selfish and ungrateful for wanting 100 million followers. But it is not that simple.

First, my issue with the TikTok community erupting in righteous indignation because Charli wanted to reach a nice, even 100 million followers lies in the core of their complaint: that they have been reduced to numbers. Because what they fail to see is that they are just numbers.

Charli’s followers don’t know Charli — not really. The entertainment industry is transactional. The people who follow Charli and Dixie give them fame, and in return they receive entertainment. You don’t really know Charli D’Amelio any more than she knows you. That’s the point.

But on TikTok, that line is blurred. These creators aren’t famous for a movie or a song or another tangible product. They become famous for being themselves, for showcasing their personalities and passions like dancing or comedy. The distance between entertainer and consumer is narrower.

Regardless of the blurred line, does Charli really deserve to be canceled this hard — to the point where she was crying on her Instagram Live because people told her to hurt herself — for being ambitious and at times impolite at the dinner table? Is it such a crime to want to hit another major milestone a year after hitting the first? No, which leads me to my next point: TikTok has been waiting for this moment.

Where was this energy for TikToker Tony Lopez when he was accused this July of soliciting inappropriate pictures from girls as young as 14 (and virtually admitted to it)? I can’t recall seeing anything about it on my For You Page this summer, the same way TikToks of people hating on Charli flooded my page after the dinner party video was published.

Everyone was so eager to cancel Charli. But it is those same people who follow child predators and racists, homophobes and sexists. The actions of male TikTokers like Lopez and Chase Hudson, who said the n-word, get brushed off while Charli is told to kill herself over some impoliteness at the dinner table and disappointment over a goal unmet. Double standard, much?

One might argue the hate could be attributed to the D’Amelios’ fame — except this is not the first time TikTok has found a pretty white girl to make famous and then brutally tear down. Let’s not forget singer Madison Beer and the astonishing amount of hate she received for allegedly lying about a nose job.

It is a pattern of internalized misogyny that repeats itself, not only on TikTok but in other parts of the entertainment industry like film and music. Charli made the mistake of showing a little bit of ambition and TikTok shamed her for it, as women are often shamed in this industry and in others for having too much initiative. Or showing too much skin. Or wearing too much makeup.

Yes, Charli D’Amelio is a public figure who should be held accountable for her actions, and while the Dino nuggets comment was distasteful, I think it’s important that people take a truly close look at why they think Charli, a successful teenage girl, deserves death threats for being impolite during dinner and having ambitious goals. And why they do not think the same of TikTokers like Tony Lopez.

Just because she is famous doesn’t make her perfect. She apologized. She, like everybody else, deserves the chance to grow from her mistakes.

The frenzy has since died down (after several people on TikTok called out haters for their misogynistic prejudice) but what we saw in those first few days speaks volumes about the way TikTok will do anything to cancel a girl with ambition and success.