“iridescence” is not glowing 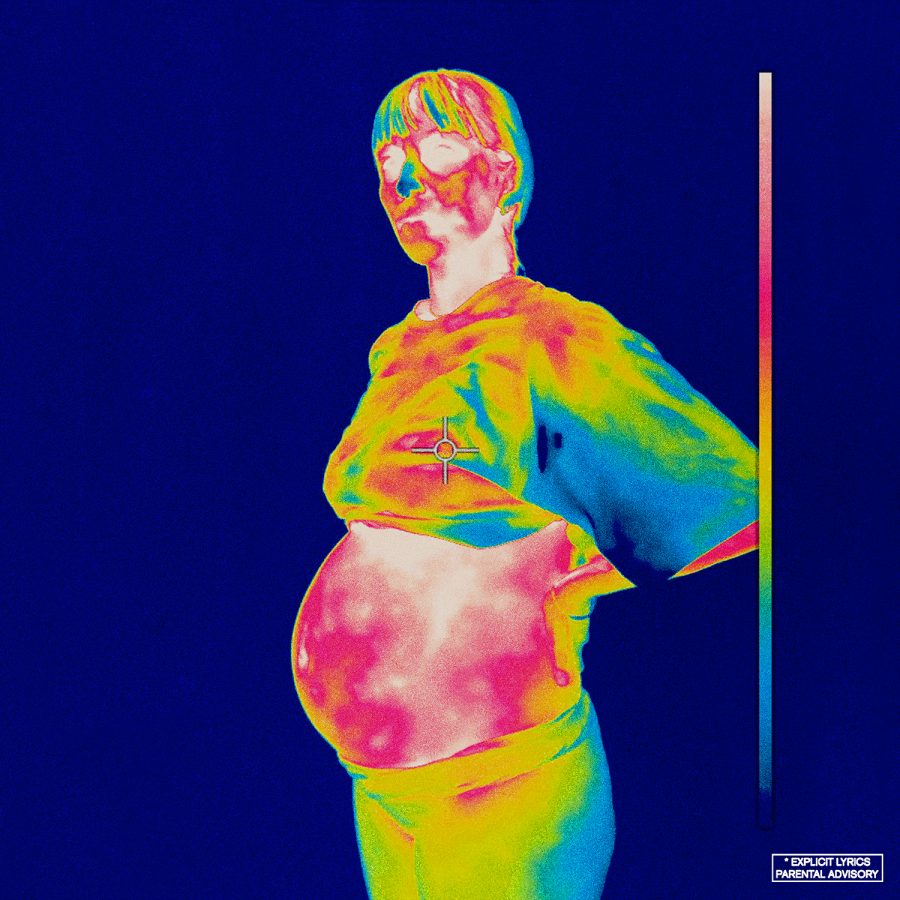 In just over a year and a half, Brockhampton has gone from an unknown collection of guys making music to the most popular hip hop group in the world. The boy band has recently released their fifth album, “iridescence,” just five months after the exit of rapper Ameer Vann, when he was accused of sexual assault. It is the first on their new record label, RCA.

Debuting on top of the Billboard Top 200 chart, “iridescence” represents the peak of Brockhampton’s mainstream success. However, “iridescence” is a disappointing effort, lacking much of the passion and energy brought through in their “SATURATION” trilogy. The new album pieces a semi-cohesive group of songs, connected by some uninteresting hooks and basic beat choices that demonstrate a distance from the original brash and abrasive music that Brockhampton is known for.

No true Brockhampton album is complete without their catchy, punchy hooks, or chorus verses that usually repeat three times a song. “iridescence” is laced with forgettable hooks that weakly attempt to replicate the past trilogy. The second track on the album, “THUG LIFE,” has a chorus reminiscent of the first trilogy, with main lyrics like “I gotta get that bag, it’s a thug life, it’s a thug life.” Other tracks also follow this same vein. The song “DISTRICT” contains another basic hook, saying “Let me find my way out of this b***h, find myself high in the distance, find me up, lying in this ditch, with a wrist and some diamonds a-mixin.’” But compared to previous projects, it pales in comparison to the hooks of “BOOGIE” (SATURATION III), “GUMMY” (“SATURATION II”) and “GOLD” (“SATURATION”). Most of the group’s past music contained poignant and metaphorical hooks, characteristics that just don’t apply to “iridescence.” On “iridescence,” “SOMETHING ABOUT HIM” is a heartfelt track that makes it personally enjoyable. However, its chorus is also uncharacteristically repetitive and so simple for a group that always pushed itself to innovate in their earlier albums, stating “There’s something about him, yeah, his attitude, it’s like magic (yeah yeah), there’s something about him, I know I got to have it.”

Even more so, “iridescence” fails to follow the same trends as prior albums, such as innovating in hip hop production and attempting new styles. “SAN MARCOS” is one of the best tracks for its simple, powerful message of always wanting the best out of life. Yet, the track is only good for its nostalgic late-2000s pop anthem hooks with kids choirs, something that reminds most of Brockhampton’s Generation Z fans of their elementary school favorites. “TAPE” also suffers from the same syndrome, especially with its extremely straightforward beat. It does have a clean, well-produced violin solo, which while pleasant, adds nothing substantially new to Brockhampton’s discography. This album is step away from the brash, abrasive sound that made  Brockhampton the “All-American boy band” fans have come to love: their musical experimentation. From “ZIPPER” to “STAR,” the “Saturation” trilogy fused pop and alternative instrumentation within their songs. “iridescence” is unable to reignite that creativity.

Despite unmet expectations, the album isn’t completely dull. It still retains some of the best of Brockhampton. Just like all of the “Saturation” projects, the intro track starts the album off with a sonic explosion of punchy 808 bass and funky background synths. Rapper Dom’s verse on “NEW ORLEANS” is poignant and lyrical, and the beat produced by producers Romil and Jabari and singer Bearface perfectly compliments all the verses. The last two tracks bring the passion and love for music that I heard in the last two “Saturation” albums, with “TONYA” being eerily symbolic of this new chapter without Ameer. Ironically, the track is the clear high point of the album.

Had any other group created “iridescence,” they would have received far more critical acclaim, praise from all across the industry and most of all, praise from all their fans. However, Brockhampton set a standard in the “Saturation” trilogy that they unfortunately fail to achieve. “iridescence” marks a new chapter for Brockhampton, and regardless of whether it’s better or worse than their prior albums, the boy band symbolizes the future of music. A group, formed on the Internet, who moved in all together and created music for themselves have become the mainstream. That will forever be Brockhampton’s legacy.